It’s leak day! We couldn’t have asked for anything more on the final Arena of Valor weekly of January. Just like last time, this month’s big update – which landed yesterday afternoon/evening – included all the promotion banners we used to see trickle out over the course of a patch.

Thanks to Twitter account @AOVLEAKS, they’ve all been unearthed from the game files and thrown around the internet. That means so long as release schedules don’t change to just spite us, we now know the release date for basically every skin and hero set to release between now and the end of next month. 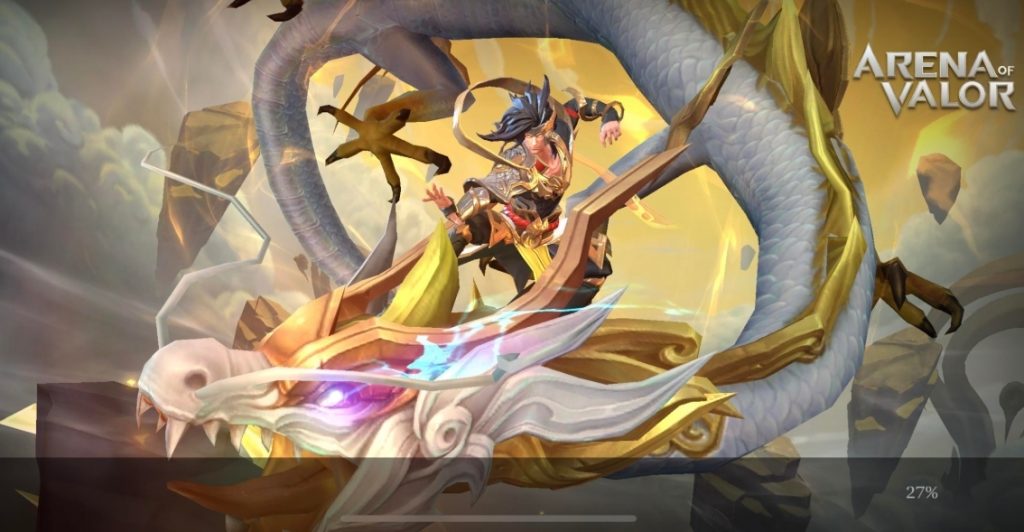 Oh you thought we’d start off with the good stuff? You know how the news works; we have to scare you with the negatives before giving you any sort of hope!

Arena of Valor was down for maintenance for a whole 12 hours yesterday as the patch was applied to the game. For those around the Americas, this wasn’t too big a deal as the server downtime began in the early hours of the night. For EU, however, things kicked off at 7 AM, meaning the servers only came back up late in the evening.

The US game servers – because they absolutely have a mind of their own – decided this wasn’t fair to the EU players and decided to throw a myriad of issues at those logging in from the across the pond. “Resources Restriction” bugs began to pop up on the main menu for those able to log in, whereas others were simply left at the door watching the recently reworked Yorn slither across the log-in page on his fancy new dragon. And it wasn’t even smooth sailing for the lucky few who managed to try out the new balance changes in a match, users reported abrupt match cancellations and wins/losses failing to be recorded in the log.

Hours after the memes rightfully started to descend on the game’s subreddit, mods and representatives came to reassure players that the bugs were being looking into. Most of the issues were actually going the way of the dodo by the time staff stepped in. Just know that if you’re only just logging in after the patch, you certainly dodged a bullet. 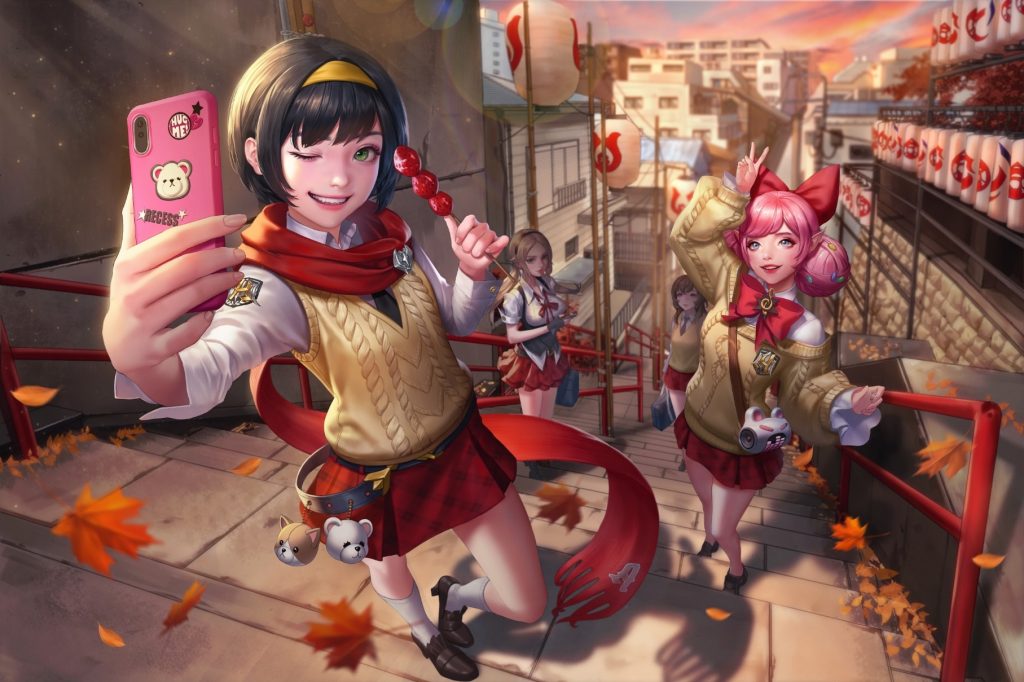 Alright. Onto the good stuff. A new patch means new leaks, and new skin release dates are practically flooding out of the game right now. Shortly after the patch went live, a Twitter account by the name of @AOVLEAKS – which was set up to combat Tencent’s lack of communication – did what it did best; pulling promo banners out of the game’s code that would usually only be made public as the individual release dates neared.

We can’t include the full image here (it’s far too long), but a seperate news post over at AOVStats has compiled the lot into an easily digestible list in release date order.

But we wouldn’t just leave you hanging like that. A number of skins are returning favorites; like Idol Liliana and the Valentine’s Day sets for Tel’Annas and Arthur, with some new and returning Chinese New Year skins coming over the next week or two.

As for genuinly new stuff, the previously teased Arum Miko skin is available now through the dreaded Scratch-Off system, Wiro and Roxie get a matching pair of “Jazz Lovers” skins for Valentine’s Day, and the Academy skins teased even before the December patch look set to come from a 90-Day AOV Prime subscription, taking the place of Cricket Arthur – though we’re currently unsure as to whether both Krixi and Violet will be on offer here, as the splash used is techincally Violet’s.

Amily, Natalya, and Annette are set to get new outfits, too, with Violet getting a particularly impressive “Golden Dragon” recolor to her Trigger Happy skin through Lucky Draw in a couple of days.

New Heroes Are On The Horizon 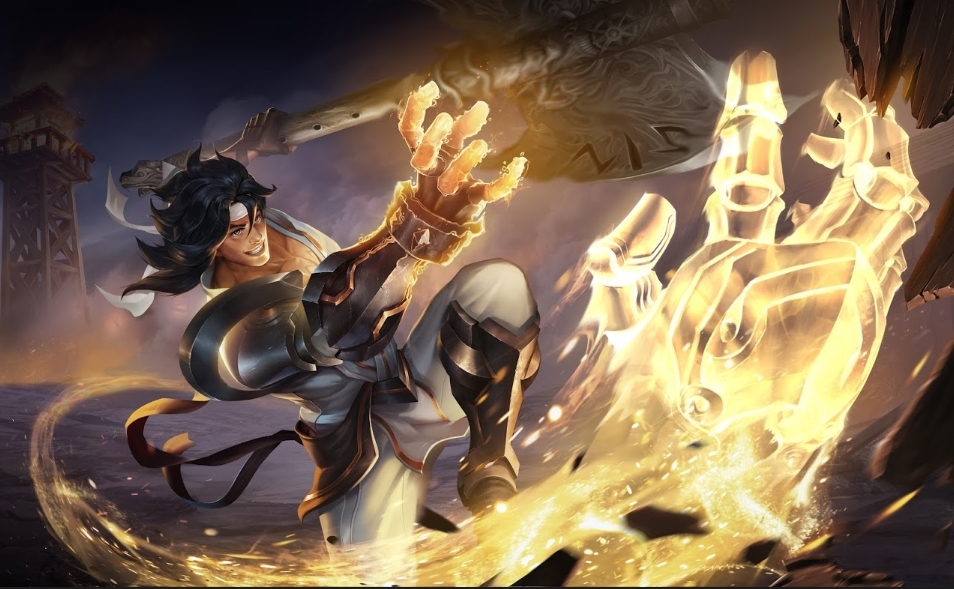 Another bonus of the leaks is that hero release dates get spilled on the floor. But it’s not all good news, sadly. Arriving just a day before the rumored release of Veres, the leaks slashed our hopes and dreams. Veres appeared in the banner art, meaning a release is imminent, but the date at the bottom of the much anticipated DS lane hero was set a good month away – February 22nd. For whatever reason, there’s no hero release this week, and the next is apparently set for the Monday of February 4, throwing the usual Friday release schedule into a spot of disarray.

But who’s the hero coming to save a gloomy morning? It’s non-other than Wiro, a hero who’s data was tossed into the game in early November and never heard from again.

According to the leaks, Wiro will become available through the season 4 Xeniel’s Codex. This might be one of the first time’s a new hero has been available exclusively through the codex, but we won’t know ever exact unlock method until he arrives. Though according to code unearthed by Twitter user @AOVLEAKS, Wiro should be part of the free version of the Codex, meaning players will simply need to play the game to eventually unlock him rather than shell out cash to unlock the premium version. 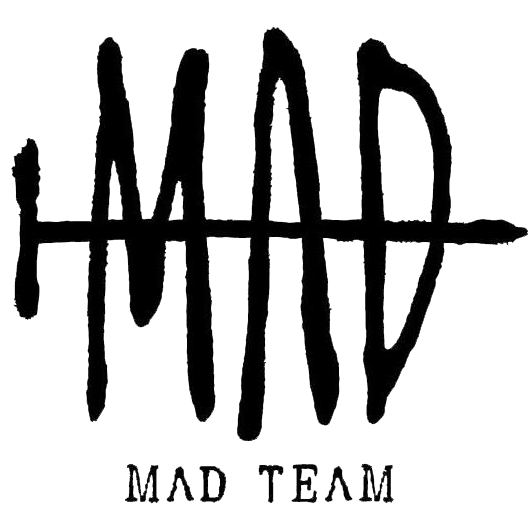 J Team, winners of the Arena of Valor International Championship, are basically no more. After a phenomenally impressive comeback from the loser’s bracket to take the grand prize of the biggest AOV tournament of the year, the J Team squad started off the new year by shedding their J Team shackles and partnering up with MAD Team instead.

Given the relative ambiguity and lack of proper coverage of the overseas Arena of Valor eSports scene, we’ll probably never really understand why the J Team squad jumped ship following a massive victory, but the team of Yuzon, Neil, Star, Winds, and Benny have all moved over to MAD Team. Lun and BV have been drafted in as coaches, while Yuzon has been moved up to the team captain role.

We don’t know what’s going on, but we wish them the best of luck. If you see MAD Team on your AOV eSports stream screen, know that they’re not the new kids on the block, but the current champions of competitive Arena of Valor.

I’ll be quitting #ArenaofValor thanks for the support!! You guys are the greatest.\(^-^).
SA best bois.
Vex u thot.
Shurko is annoying.
That one guy who I gave my allegiance shirt to.
Rezz, overly attractive.
Grizzly.. let’s not talk about it LOL.
And the best for last… my team pic.twitter.com/xxKi4TOwVz

On a similar note, Sleepy, once of Allegiance fame, has quit the game. US Team Allegiance made headlines following their untimely defeat at the AWC when news broke of the organization’s plans to cease operations by the end of 2018. The Arena of Valor team was let go, with officials giving its members permission to seek out new teams for the future.

Support player Rest quit the eSports side of the game following the disband, but assured his Twitter followers that the rest of the team would stick together in the hopes of scouting out a new organization to call home. Jungler Rocker also threw in the towel in mid December citing his move to Hawaii and lack of fun the reasons why.

Sleepy made the announcement on his Twitter account on January 22, thanking those he met along the way.