We’re coming up on the one year anniversary of developer Slothwerks launching their excellent roguelike dungeon crawler card game Meteorfall: Journey ($3.99), and what better way to celebrate such a momentous occasion than to announce a huge update. Over on Reddit Slothwerks has detailed what this new update will entail, and it includes the most major addition to the game yet: Daily Challenges. Each day a new challenge will appear for 24 hours that features a random hero, a random difficulty level, and 3 random modifiers. What are modifiers you might be asking? They’re special rules that’ll affect how the game plays out. These include things like a mod that will automatically equip all the items in your deck at the start of a battle, or one that makes your maximum HP the same as the number of cards in your deck. Here’s a few work-in-progress shots of the new mode which aren’t final and could change before release. 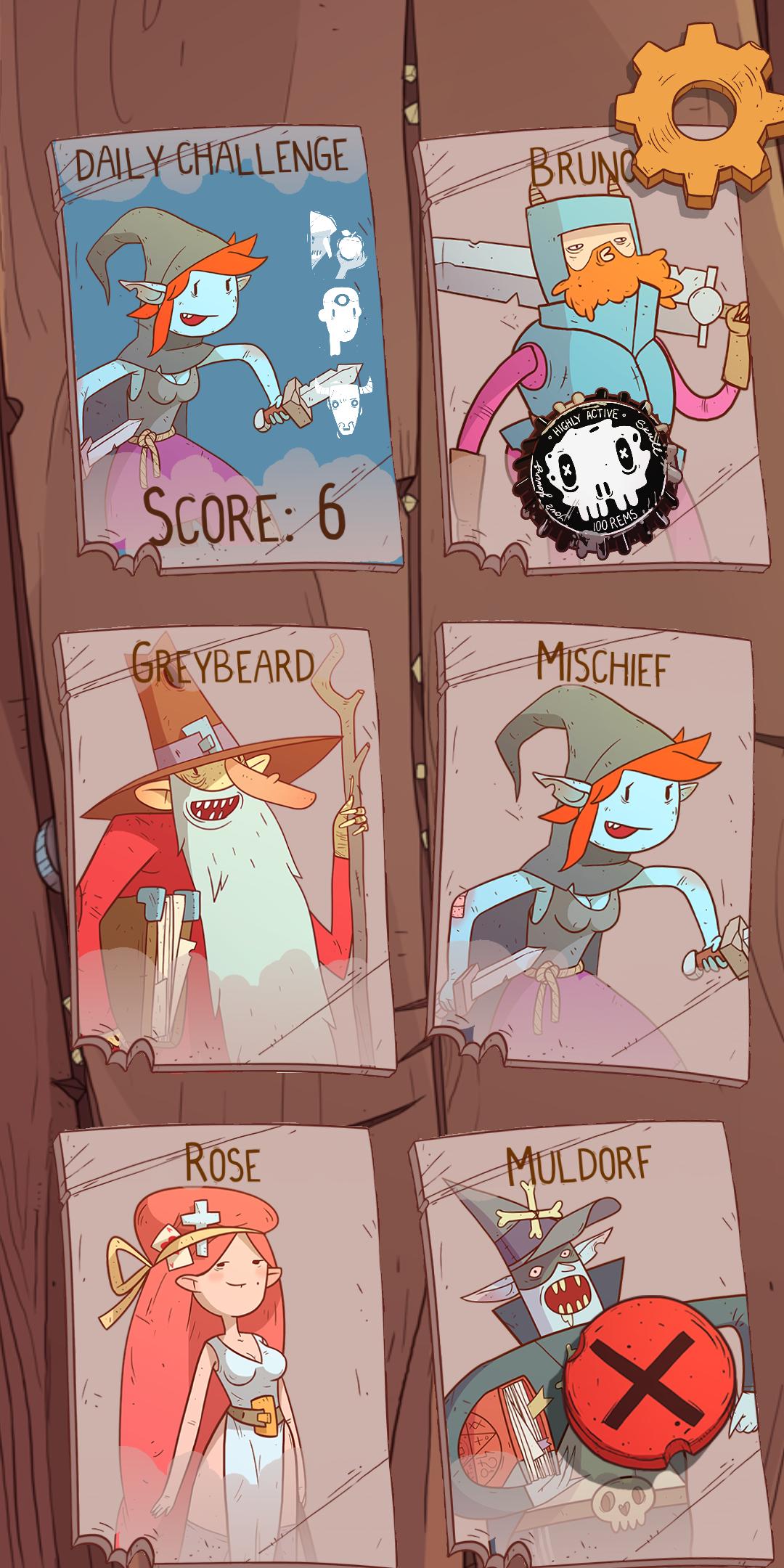 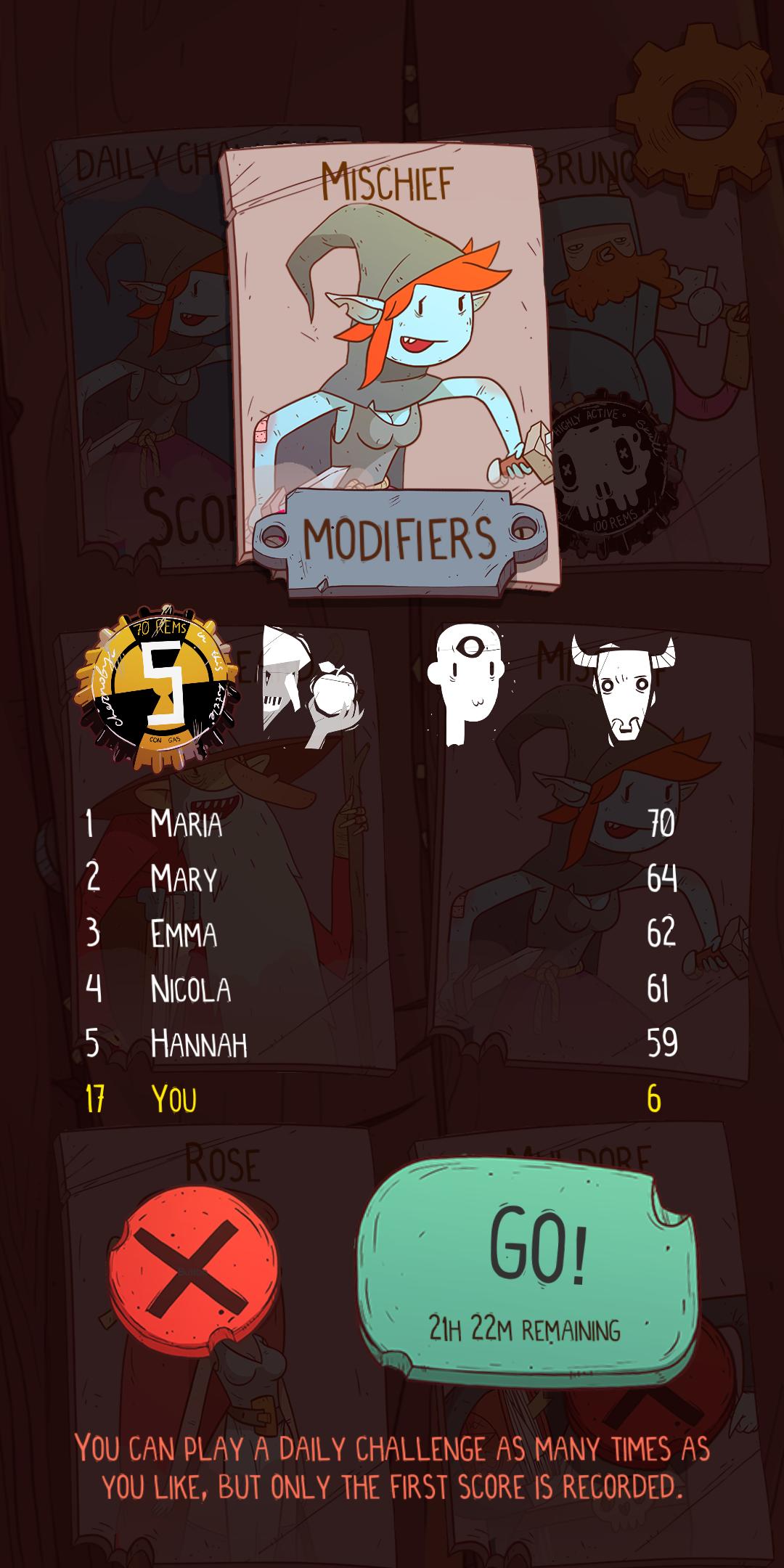 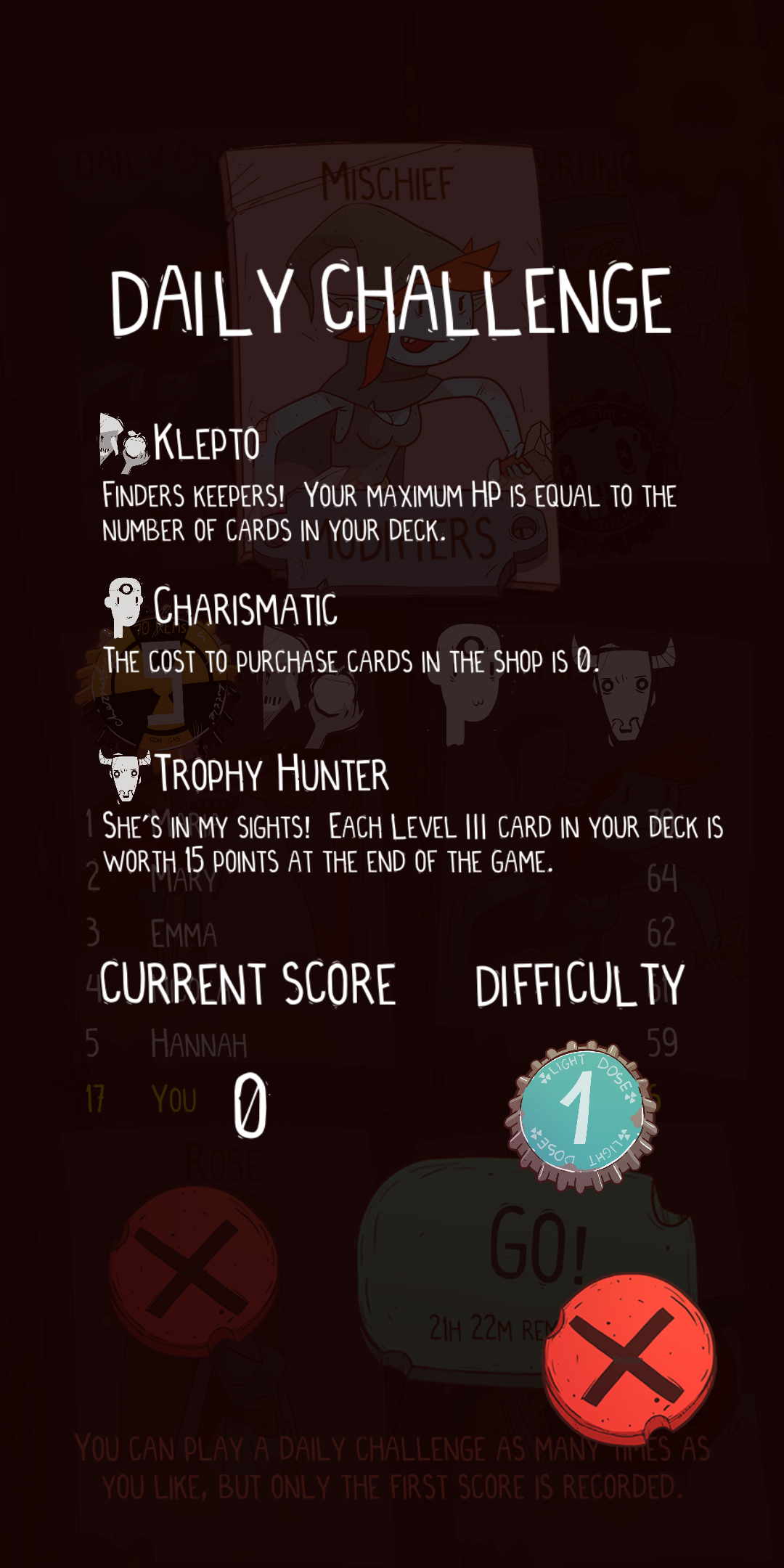 Speaking of release, there’s no date set just yet and Slothwerks hasn’t put any sort of time frame on the update, but they do mention that the bulk of the work is done and they’re now in the polishing phase. If Meteorfall is news to you it’s high time you learned what you’ve been missing out on for the past year. You can read our original review, and also read about some of the other substantial updates that have been released, like the Necrodude update, the Demon Difficulty update, and the Queen of Shadow update. Those are all in addition to numerous bug fix and balancing updates. One cool thing about the Daily Challenges update is that it’ll add a competitive element to the game as everyone plays the same challenge each day, but Slothwerks is also still interested in adding more content to the game in the form of new or revised characters and new cards in the future. It sounds like things will only continue to get better for the already fantastic Meteorfall.