Welcome to your SwitchArcade Roundup for October 22nd, 2018. Your hardened adventurer Phil is back with more news and discounts pertaining to the Switch! This week is going to be extra spooky with impressions of Dark Souls: Remastered and Sinner: Sacrifice for Redemption coming at you later. Nevertheless, let’s stick to the present for now, and take a glimpse at the Game of the Day to start of this week of new SwitchArcade Roundups! 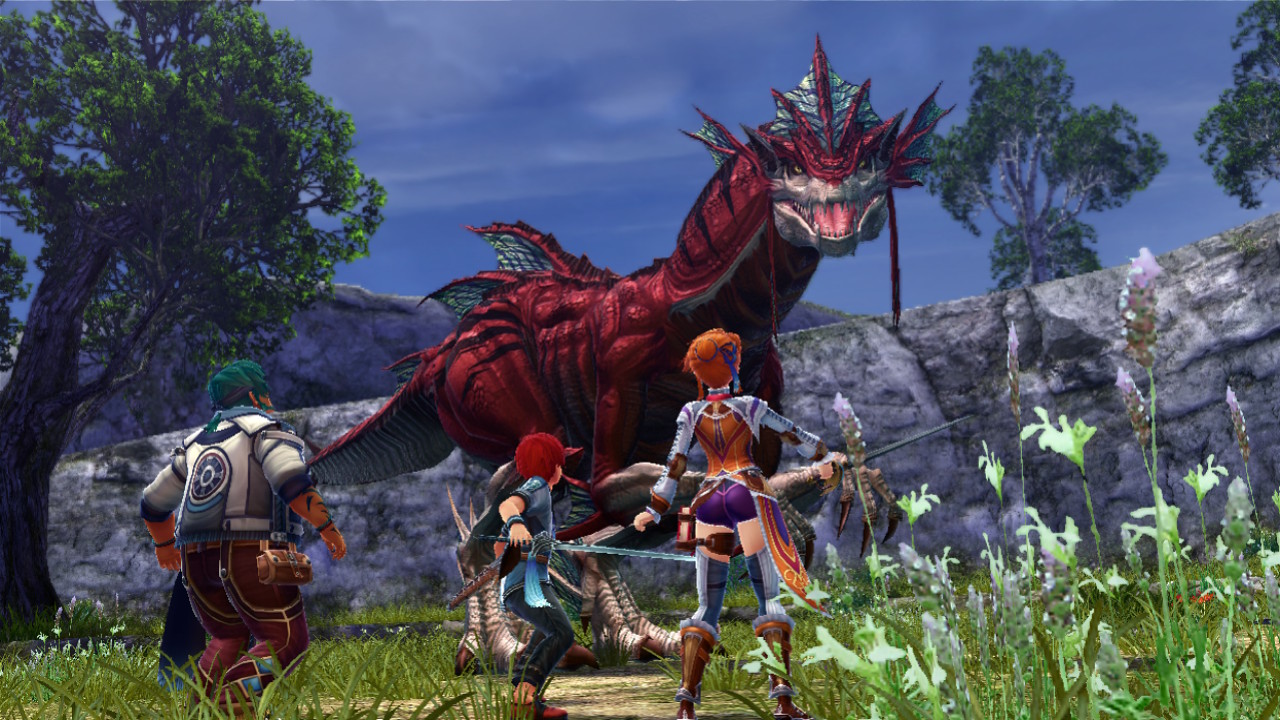 It’s a rarity to see the Ys series hit a Nintendo system in the modern era of gaming (the last was a 3D remake of Ys I and Ys II on the Nintendo DS). However, thanks to NIS America, the latest entry in the series–and the first original entry in eight years–sees its arrival on the Nintendo Switch with Ys VIII: Lacrimosa of Dana.

When a gigantic squid monster capsizes the luxury ship that protagonist Adol Christin and his adventuring partner Dogi are sailing on, everyone on board the ship finds themselves washed up on an island. Unfortunately, this island is one from legend–a cursed one where those who find themselves on it never get to escape. With this nugget of knowledge understood, Adol searches to discover others who washed up on the shore of this island and bring them back to a makeshift town that serves as a hub in Ys VIII, Castaway Village. 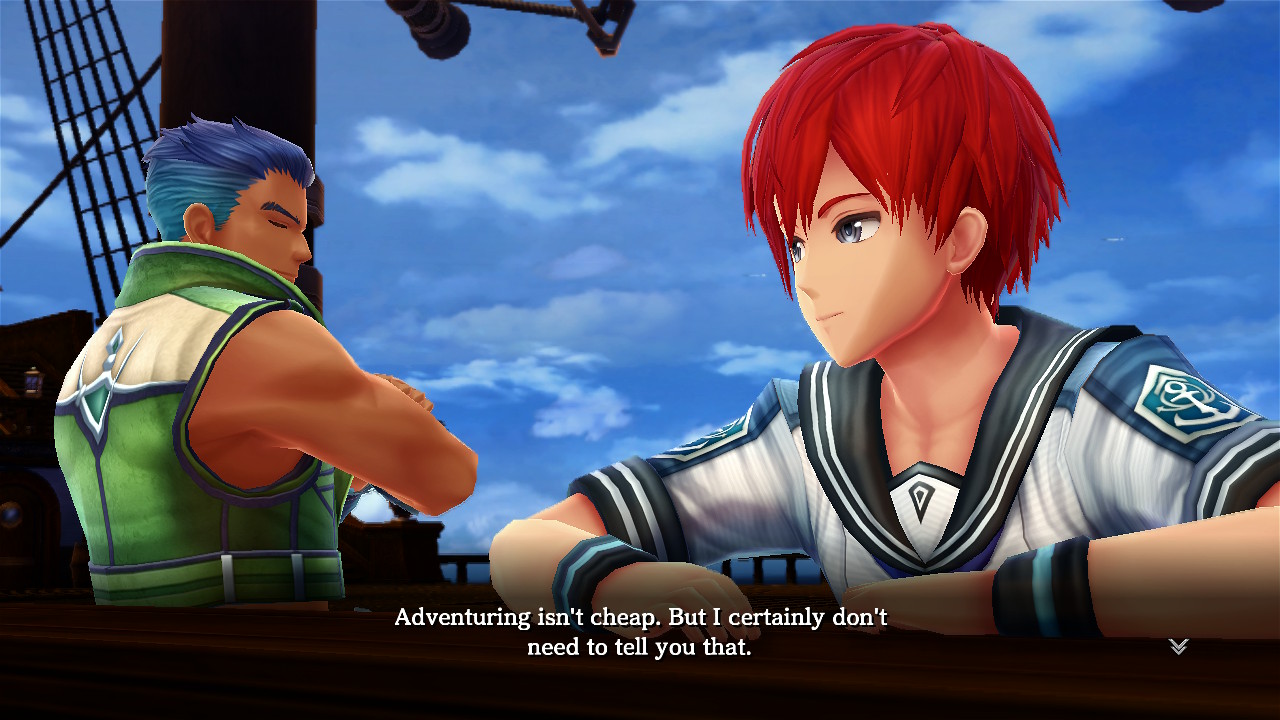 Ys VIII is very much a more expansive game with plenty of exploring to do. While many of the areas of the island are inaccessible, when Adol finds more castaways, the ability to remove debris and other obstructions from paths is opened up. He just needs a certain number of castaways to help him clear these obstacles away. As Castaway Village’s population grows, more obstructions can be removed, allowing Adol’s party to explore more wonders (and dangers) of the cursed island.

Speaking of Adol’s party, for most of the game Adol has two other characters traveling alongside him. Each can be cycled between with a press of the Y button, and this is necessary not just to give endangered characters time to breathe but also because certain enemies are weak to certain weapon types. For instance, Sahad’s anchor is fantastic for taking out enemies with strong defense, while Laxia’s piercing attacks are perfect for defeating flying foes. This party system returns from Ys Seven and Ys: Memories of Celceta, originally released on the PSP and PlayStation Vita respectively. 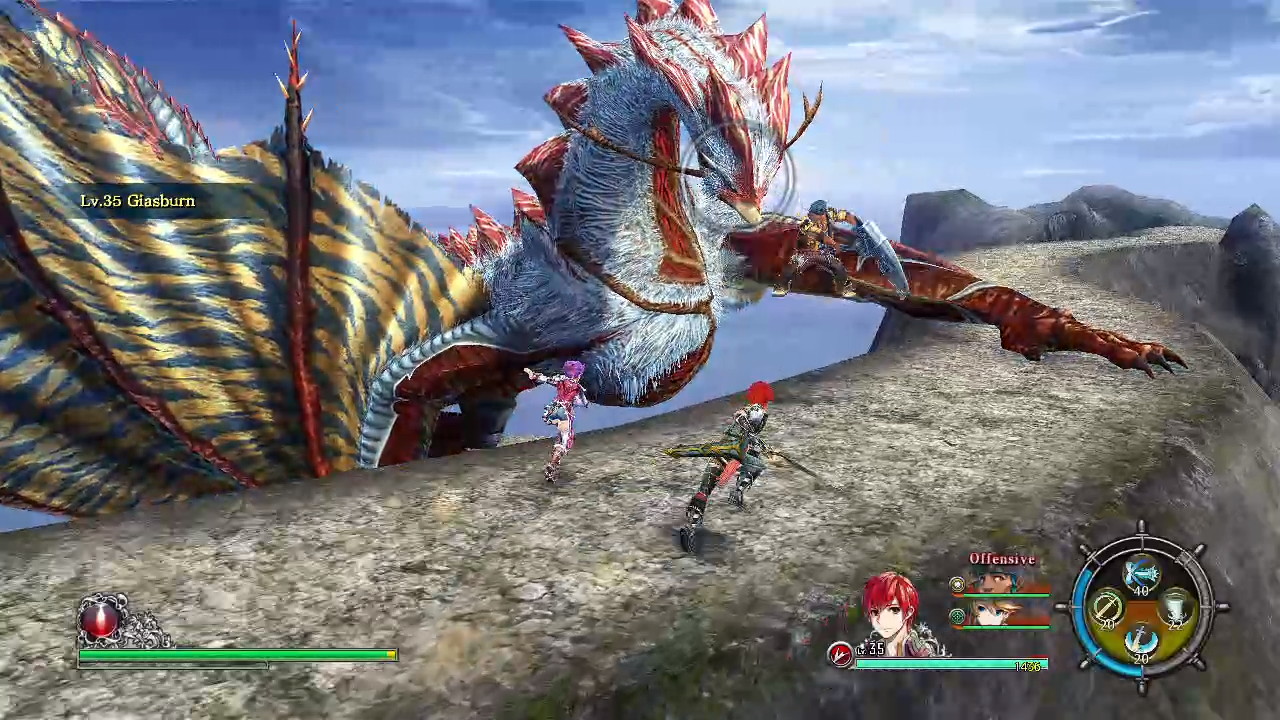 Thankfully, combat is involved as always in the Ys series, and Ys VIII continues this trend. Simple button mashing won’t win too many major battles. A great offense is a good defense, and you can press one of the shoulder buttons to perform timed-blocks and evades of two types when an enemy attacks: the L button for a roll, which slows down time allowing Adol and his party to score extra hits on an enemy, or the R button for a guard, which boosts that character’s attack power for a short amount of time. 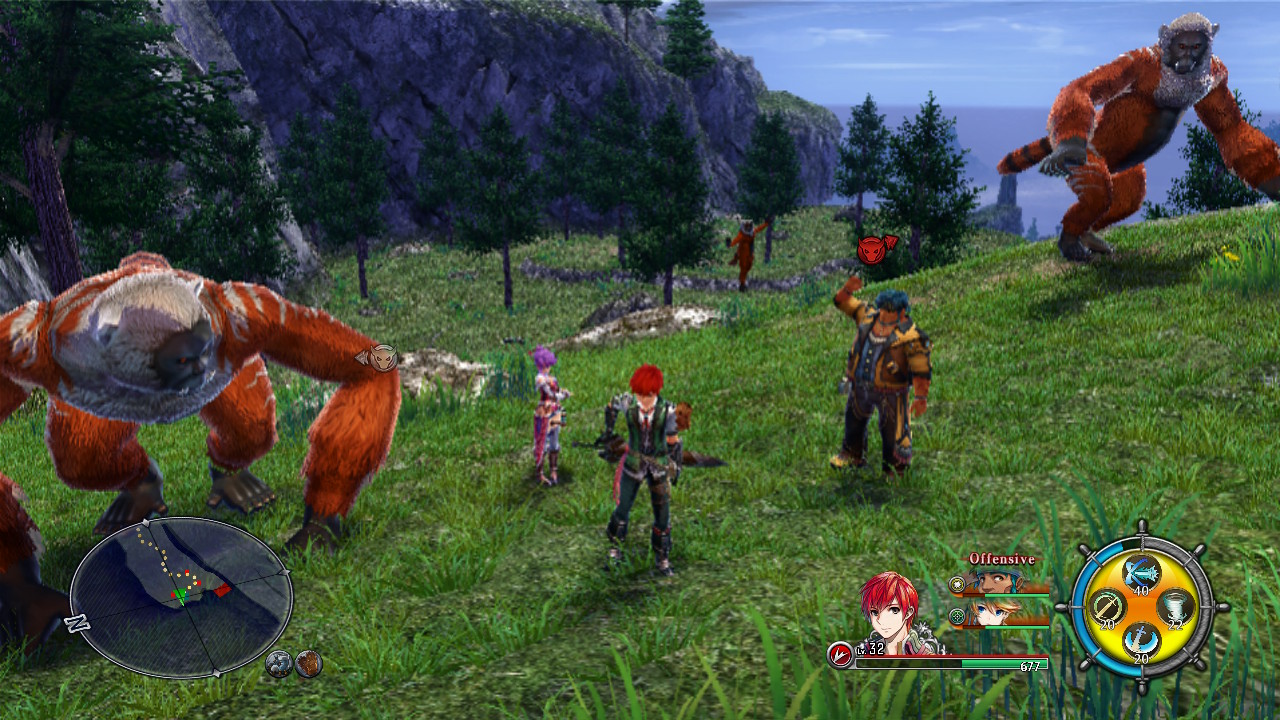 These evades and guards must be performed with exact and proper timing, or else you’ll just get the receiving end of an enemy’s strike. I like the risk and reward system here, as it might just be better to stay back from enemies and occasionally go in for an attack here and there, if you can’t quite get the timing down on guarding and evading. 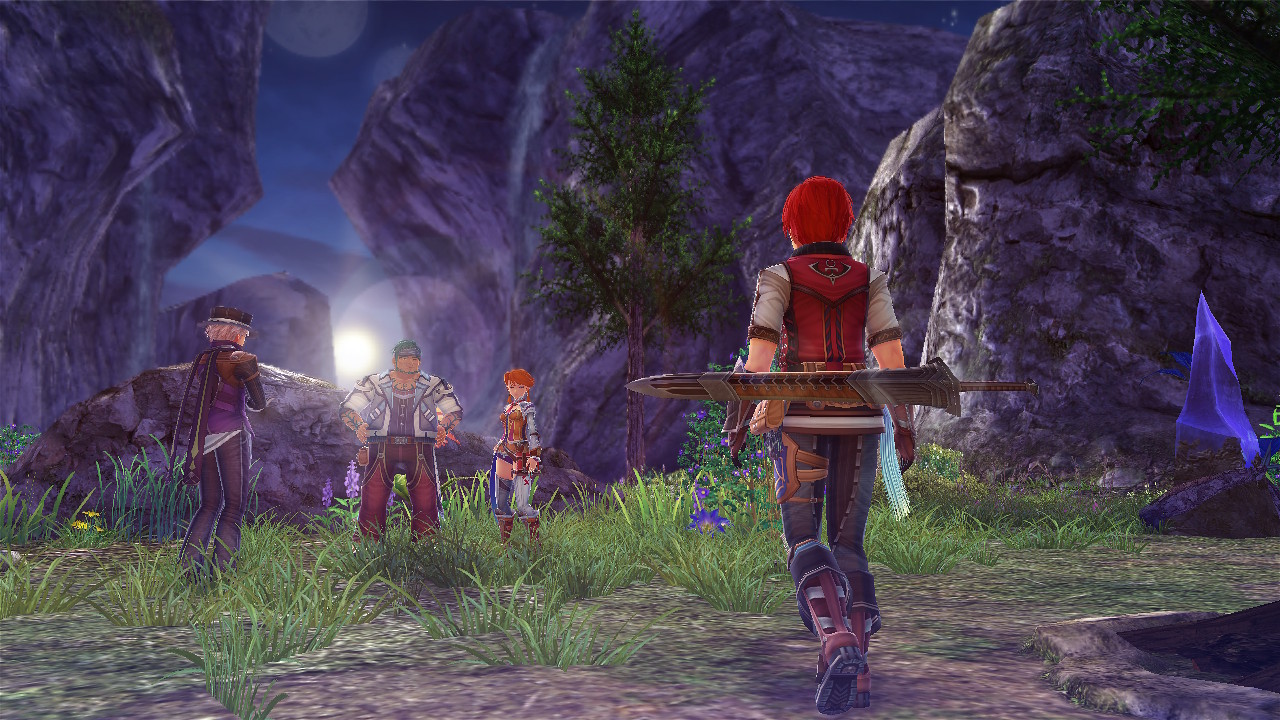 Ys VIII: Lacrimosa of Dana does take a little while for the main story to get going. Up until then, the focus is more on the everyday happenings in Castaway Village and exploring the island before the stakes truly get higher. That said, with over 40+ hours of satisfying exploring and combat, an awesome soundtrack–a hallmark for the Ys series and Falcom-developed games in general–and serviceable visuals (I’m guessing this Switch port was based off the Vita version), Ys VIII: Lacrimosa of Dana is most definitely recommended and is spotlighted today as the week’s first Game of the Day.

Last week the SwitchArcade Roundup delivered info about the Master Trainers within the upcoming newcomer-friendly Pokemon Gen 1 remakes, Pokemon: Let’s Go, Pikachu! and Let’s Go, Eevee! There are 151 of these trainers, and each tasks you with a one-on-one battle featuring identical Pokemon. Beating a Master Trainer unlocks their title for your trainer to use, and the real challenge of Pokemon: Let’s Go! is attempting to earn all 151 titles by defeating each and every Master Trainer of each Pokemon in the game. Now, Nintendo and The Pokemon Company have a brand new trailer showing this new post-game feature in action. I particularly am fond of the Pokemon anime reference with the dueling Metapods! Talk about a hard stalemate! 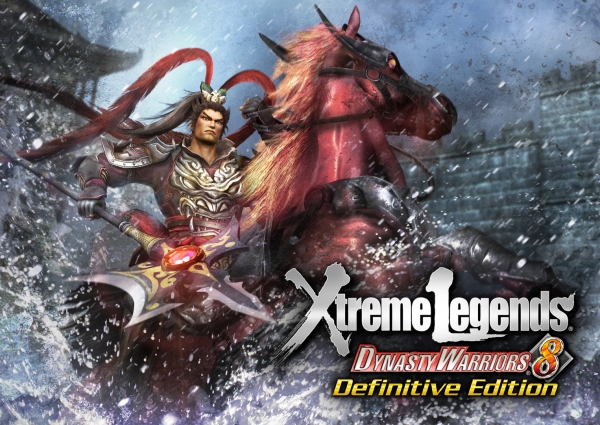 The world and gameplay of Shakedown: Hawaii get exposed with this overview trailer

Previously on the SwitchArcade Roundup, I spotlighted Retro City Rampage DX as the Game of the Day. Now, its sequel is finally approaching release after many years of patiently waiting. While Retro City Rampage DX went for an 8-bit style, Shakedown: Hawaii goes all in on its 16-bit inspirations. This 2D Grand Theft Auto-style game sees an abundance of new gameplay types, property purchasing, and much more. Why have me spoil what’s on offer when I couldn’t do the game enough justice–even with my smooth, sexy writing prose! Instead, check out this overview trailer that goes in-depth in to the world and gameplay of Shakedown: Hawaii. 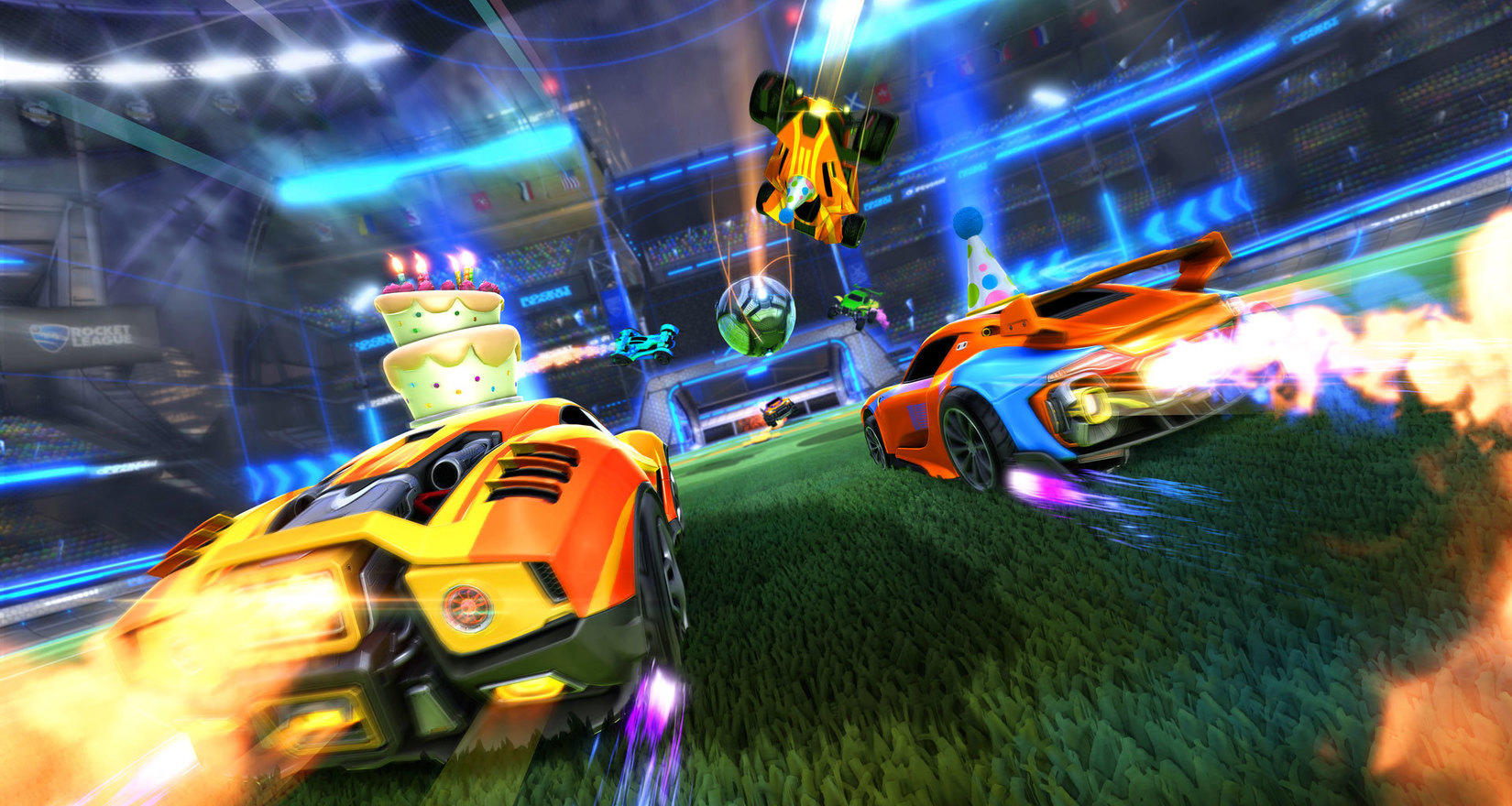 Those who have been yearning to play Rocket League on their Nintendo Switch with a greater pool of players–such as those on the PlayStation 4–you might be a little disappointed to read this bit of news regarding RocketID. Need a refresher on RocketID? Sure thing. It’s the upcoming cross-platform party system that would enable play with all platforms and improve upon the already existing cross-play featured within the game. In a community post on the official Rocket League website, Psyonix details that RocketID won’t quite be ready for 2018. Instead, the release has been pushed back to early 2019. While that is disappointing, with the quality of Rocket League and all of its features already, it seems safe to suggest that this extra time in the oven will most definitely be worth it.

Project Monolith is coming to the Switch, and this new teaser trailer shows a fair amount to be excited about. Featuring some “nice on the eyes" visuals, and mixing combat with exploration, Project Monolith is currently in development for the Nintendo Switch (among other platforms, but needless to say, this isn’t the “MultiplatformArcade Roundup"). What do you think about this upcoming project from the little bit shown here?

Several really good games are on sale on the Nintendo eShop. From Capcom, you have delights like Okami HD as well as both Mega Man X Legacy Collection compilations. Then, there’s Axiom Verge, which is a highly engrossing and enjoyable game in line with the Metroid series. There are also some launch discounts to take note of, including The Jackbox Party Pack 5, The Room, and The Legend of Evil, to name a few.

Tomorrow I’ll have some new game impressions to share with all of you. For the time being, keep your Joy-Cons charged and your Switches loaded with great games!