If you ever owned or own a recent Nintendo handheld, you probably know what Picross is. Jupiter has put out some fantastic Picross or picture crossword games across the DS, 3DS, and now Switch. The Picross name is owned by Nintendo so you haven’t seen any games with the name outside Nintendo platforms but many developers have borrowed the formula and we’ve even seen a few on iOS. Pixel Puzzle Collection (Free) from Konami seems like a great Picross like game for iOS and Android and it got a surprise announcement and release today.

Picross games have you trying to solve puzzles by filling out squares based on the numbers in the form of a puzzle to reveal a pixel image. The image forms by the blocks you fill in and in some cases, requires multiple sets of Picross puzzles to form a complete image. Konami’s Pixel Puzzle Collection has imagery from classic Konami games like Twin Bee, Castlevania, and more alongside music from the games for the puzzles. I think we’ve lost Shaun to it already and I’m quite addicted to it already. 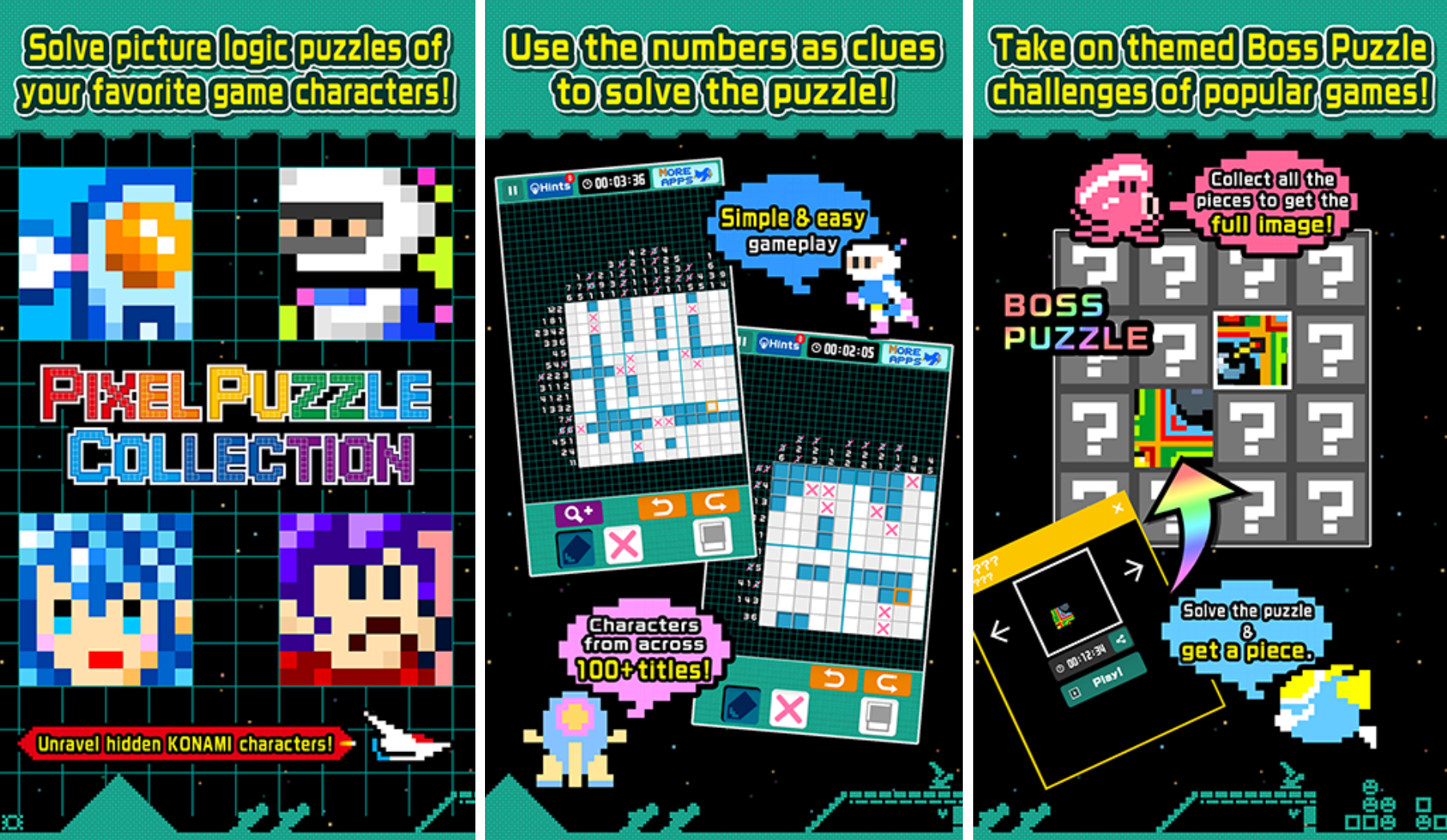