Hipster Whale is one of those success stories I absolutely love writing about. While a lot of big names in the free to play space now are absurdly over-funded behemoths with data scientists who used to design casinos and other ridiculous people on staff to min/max every monetization element in the game… Hipster whale is just a studio that started with a couple of guys who made a really good game called Crossy Road (Free). So good in fact, that “Just make Crossy Road, JEEZ" became a meme around here as so many developers tried to ride on the Hipster Whale coattails with very similar games and monetization methods. Founders Matt Hall and Andy Sum were vastly rewarded for making a great game without gross monetization, and Crossy Road made over $10m in its first three months. Since then, it’s been constantly successful and the game just crossed 200m downloads worldwide. 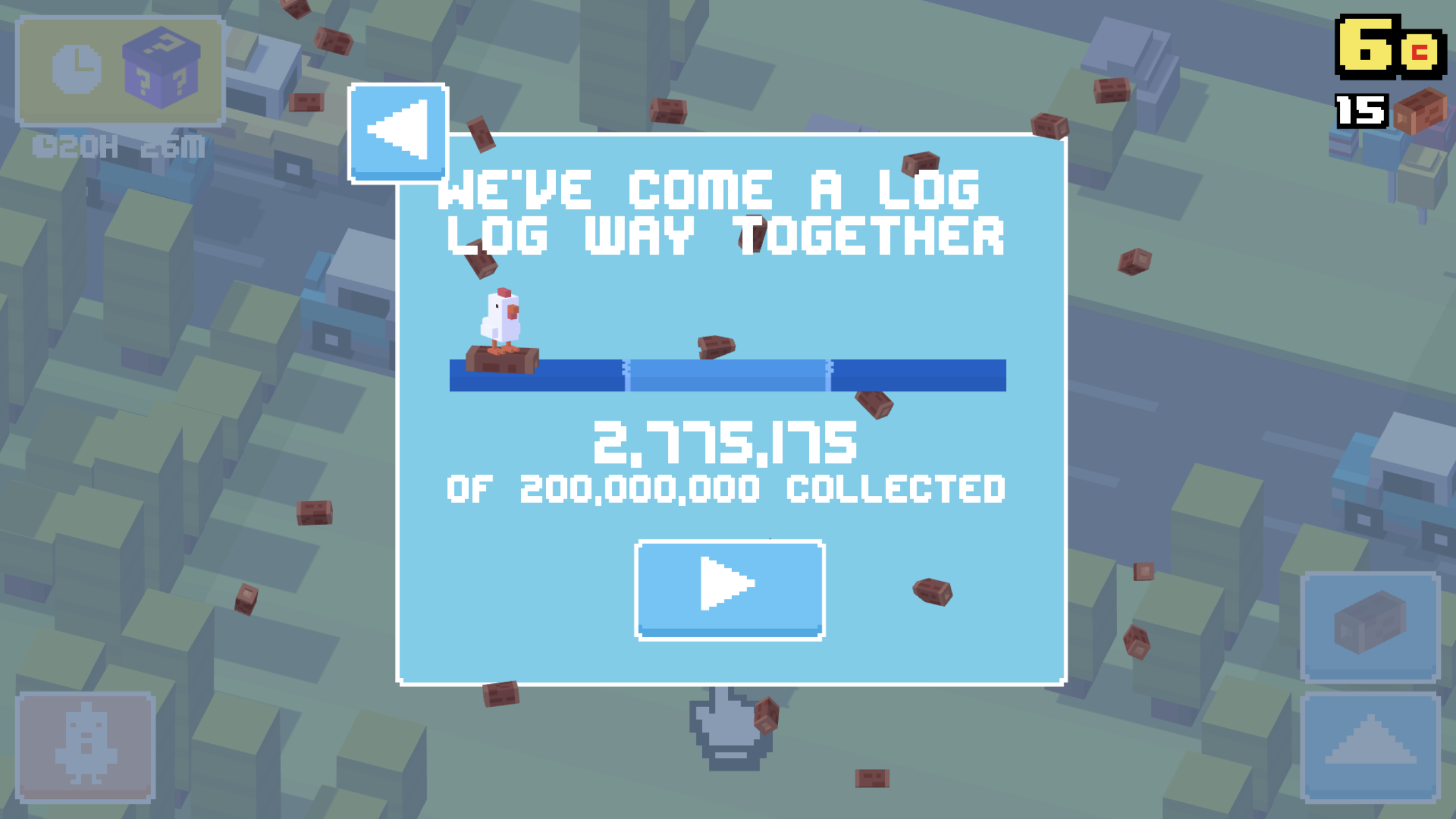 To celebrate the 200m download benchmark, Hipster Whale is challenging players to hop on 200m logs in game which unlocks a special “Bashy Beaver" game mode and a limited edition Chicken figurine. Maybe I’m weird, but I always really like these community events as it really shows the unbelievable scale of these popular games. So far over 3m logs have been hopped on, and they only recently kicked off this challenge. If you haven’t played Crossy Road in a while, it’s worth checking out again. They’ve been updating it like crazy, and there’s loads of new stuff in it since the last time you played.

Also, tangentially related, I feel like this is a good time to shout out Hipster Whale’s marketing manager’s super cool Twitch presence. Anais Riley has a very active Twitch channel and is part of WomANZ which is an organization that aims to empower other Australian and New Zealand women in both esports and content creation. I’ve been following WomANZ for quite a while now, and it’s the exact kind of thing the world needs more of as they do a ton of great stuff.