We’re massive, massive fans of Devolver Digital’s Reigns series around here. There’s the original Reigns ($2.99) and the sequel Reigns: Her Majesty ($2.99). Both are available in a bundle where you can save a buck, and both games are very much worth having on your mobile device (or even PC if you feel like playing the Steam versions). We have full reviews of both the first and second game that you can read through, but here’s the basic gist: Imagine a core mechanic that’s basically the swiping right of left on Tinder, but tied into a shockingly deep RPG (particularly for how basic the UI is).

Well, the powers that be are at it again, this time forming an unholy alliance with HBO to combine Reigns mechanics and the Game of Thrones universe. Reigns: Game of Thrones actually takes it one clever step father: In playing the game you’re actually gazing into Melisandre’s (a witch character) flames, which they’re quick to point out as being unreliable. This allows them to utilize the Game of Thrones universe and its associated characters while having plot lines in the game that are best described as “zany," in a good way- With many “what if" scenarios, like exploring what would happen if Sansa Stark married Jamie Lannister.

Reigns: Game of Thrones plays a lot like previous Reigns titles with a few minor differences that manage to branch out in surprising ways. For instance, instead of playing as one king, or in the case of Her Majesty, one queen, you’re able to play as a whole cast of characters- Each ruling from their own perspective throne in Westeros. You start out playing as Daenerys, then quickly unlock Tyrion, Jon, and loads more. Each character’s story seem to intersect with each other in clever ways as well, making exploring the cards of characters you might not care that much about quite fascinating. 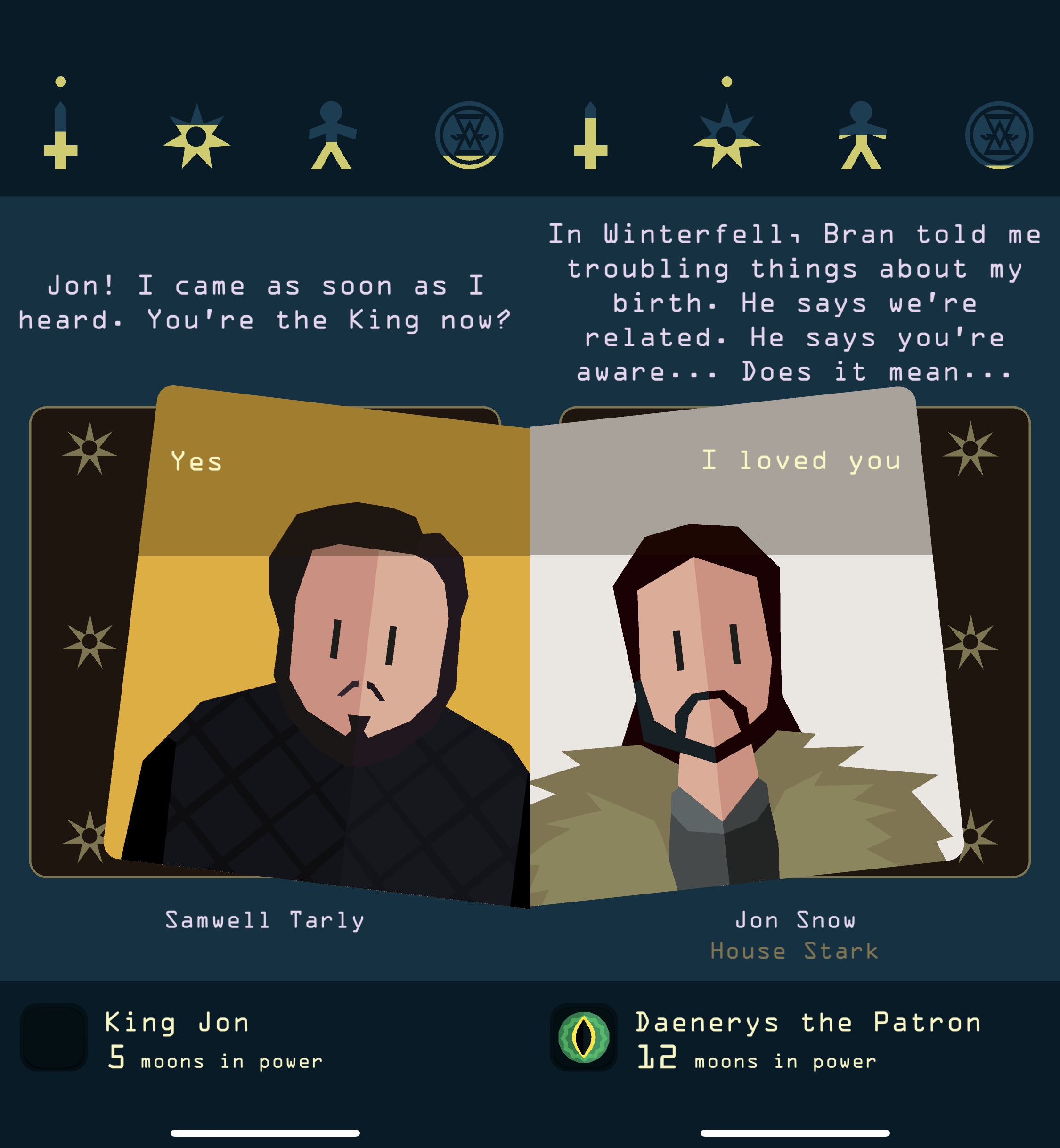 By this time, Reigns: Game of Thrones should be available for preorder with the following links: iOS, Google Play, and Steam. It’s $3.99, a buck more than Reigns proper. In writing this preview article, I don’t have any more specifics beyond an “October" release, but we’ll see when the different storefronts go online if there’s any more details beyond that. 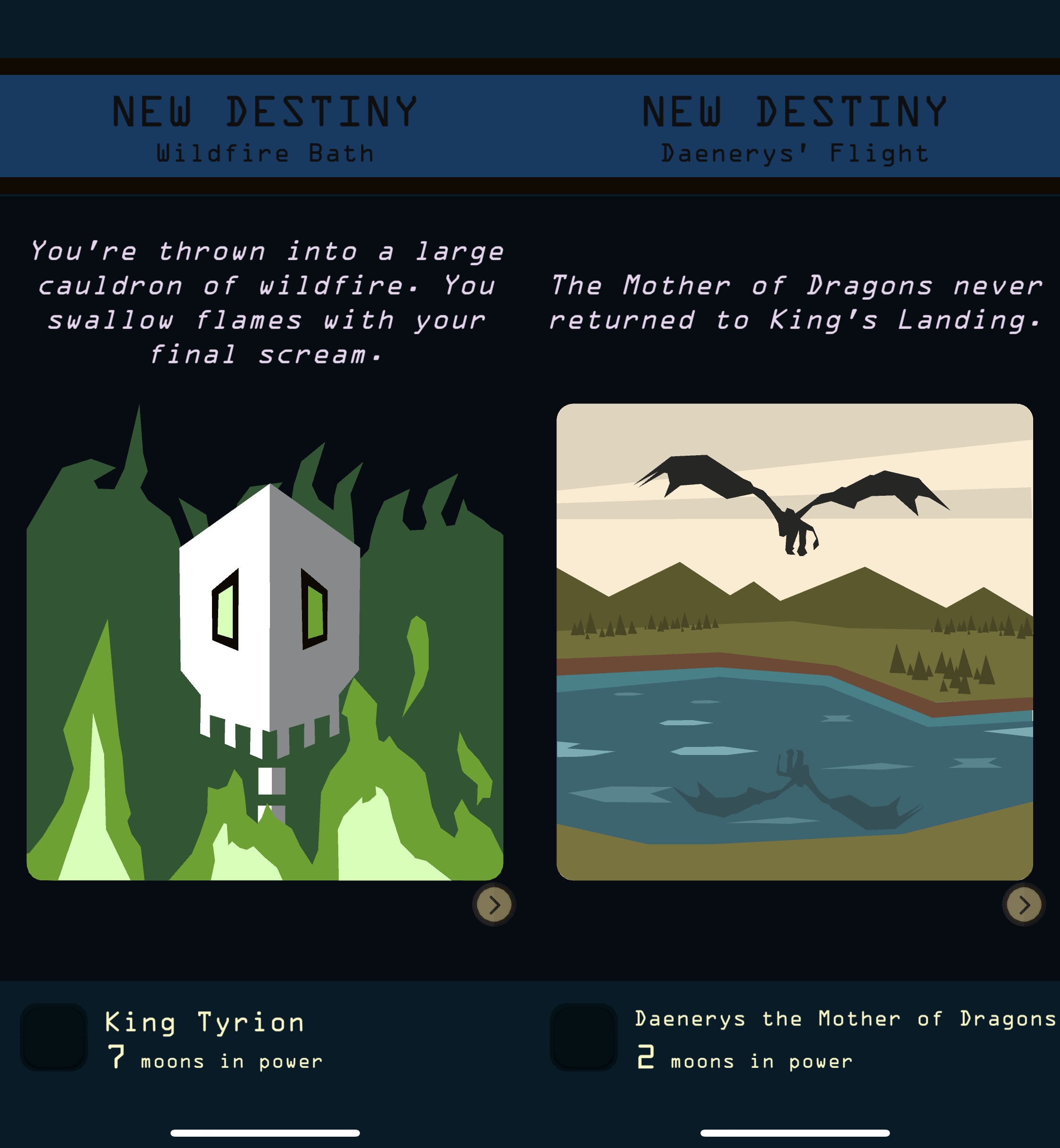 We’ll have a full review and guide coverage when Reigns: Game of Thrones releases in October, but needless to say, if you’re even remotely interested in Reigns or Game of Thrones, this is going to be four bucks you basically need to spend on whatever platform you prefer playing it on. The only question that remains is whether or not this going to make the wait for season 8 better or worse. Flip a coin on that one.