Welcome to your SwitchArcade Roundup for August 16th, 2018. Your “favorite TouchArcade writer named Phil Stortzum" is here to provide you with all of today’s special news, releases, and sales of the day. It is Thursday, which is big eShop day, after all! From official announcements of new games to releases of new games on the eShop, this SwitchArcade Roundup has something for everyone. As we tend to do around here, let’s first hop into our tanks and check out the Game of the Day!

A blast[er master] from the past, Blaster Master Zero brings back the 1988 Sunsoft NES classic to the Switch thanks to Inti Creates, who also developed yesterday’s Game of the Day. Why not keep the pattern going, I say!

Blaster Master Zero is a two-part game: one has you piloting a tank in a 2D space, sometimes having the pilot Jason exit the vehicle to explore corridors and areas that the tank can’t access. The other part of the game has Jason by himself in overhead Zelda-like dungeons, just with all of the focus being on moving, shooting, and surviving enemies both small and enormous instead of solving puzzles and the like. 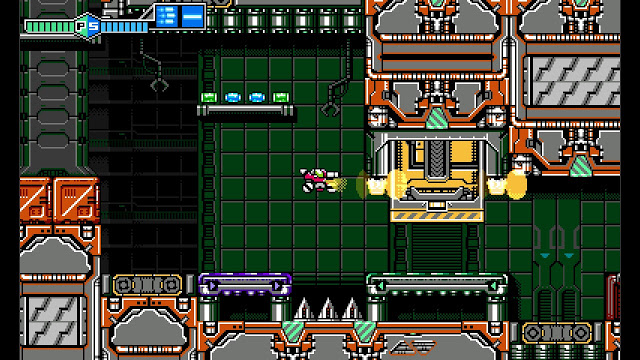 There is also some Metroid-style gameplay to be found in the structure of Blaster Master Zero, with players being able to return to past areas to acquire power-ups like health upgrades and so forth that were unavailable to them beforehand. This can result in some annoying backtracking, as areas in the game are linearly ordered. In other words, you can’t really skip from Area 4 back to Area 1 quickly. You have to go trek through Areas 3 and 2 to get back to and reach Area 1, which can be more than tedious when you have to perform this task multiple times. 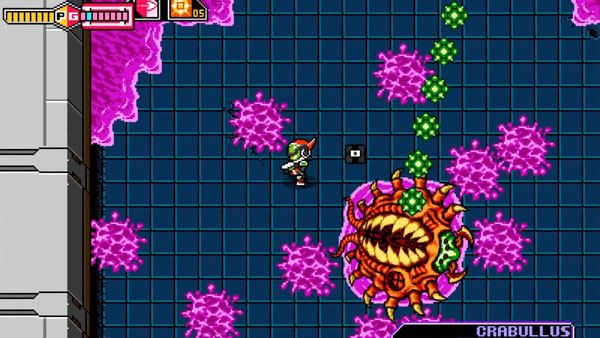 Other than that issue I have with the game, Blaster Master Zero really rocks. It’s another 8-bit visual wonder by Inti Creates that pays brilliant homage to the classic it’s inspired by, much like yesterday’s Game of the Day, Mighty Gunvolt Burst did with its inspiration, Mega Man. Whether you wish to platform your way through enemy-infested areas as you explore or engage and entangle with behemoth-sized bosses, Blaster Master Zero is a terrific title that shows how Inti Creates continues to impress.

It seems like only yesterday that we saw by Forbes’ accidental leak that Diablo III was coming to the Nintendo Switch, and that it was reported on right here in your daily SwitchArcade Roundup. …There must be a reason for thinking it wasn’t so long ago… Regardless, Nintendo of America has provided an official announcement video and subsequent Switch-exclusive trailer for Diablo III: Eternal Collection. The game will come with all previous DLC and updates for one single price this fall, as well as some Nintendo-themed content to spruce up the entire package even more.

Ghostlight is now a developer for the Nintendo Switch

British studio Ghostlight, whose previous works and ports include various Japanese RPGs like the portable Persona games on the PSP, Shin Megami Tensei: Devil Survivor, and The Legend of Heroes: Trails in the Sky, is now developing games in the same genre on the Nintendo Switch, the company has confirmed. What actual games the studio will be developing and porting to the Switch has not been elaborated on yet, but given its history, we can probably make some potentially exciting educated guesses. Persona 5 on the Switch, perhaps? (Yeah, I just HAD to get people’s hopes up.)

Gear.Club Unlimited 2 revved and revealed for the Nintendo Switch

Last year’s Gear.Club Unlimited for the Switch from developer Microids was released, originally a mobile game adapted to the Switch platform. Now, Microids has announced that a brand-new entry in the series will exclusively launch on Nintendo’s hybrid system. Gear.Club Unlimited 2 promises an abundance of race events, types and locales, as well as a plentiful amount of licensed vehicles.. Somehow I’m going to guess my favorite licensed vehicle, the Oscar Meyer Wienermobile, will probably not be included, sadly. Regardless, here’s hoping that Gear.Club Unlimited 2 will have more meat to it than its predecessor had when it releases sometime during the final months of 2018. 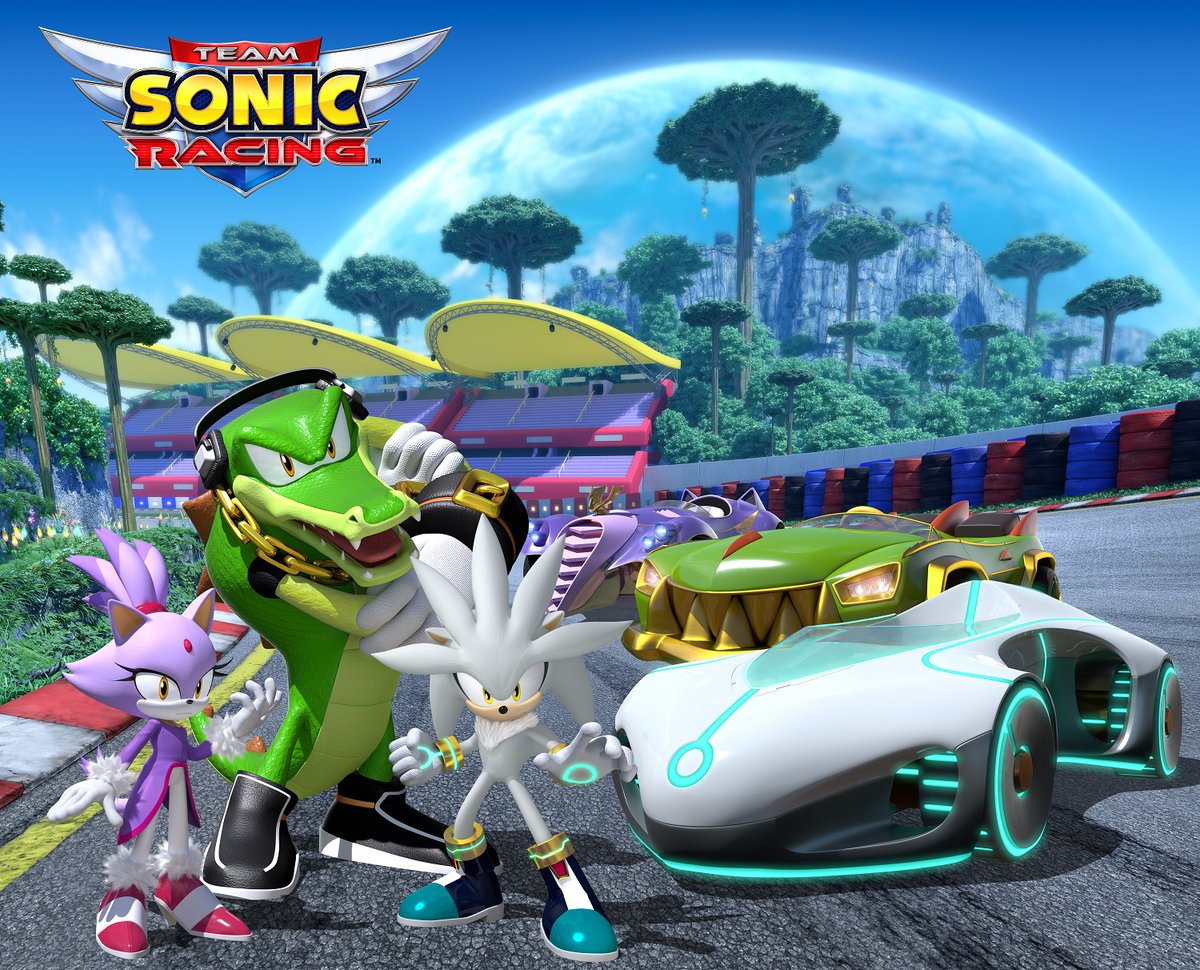 A trio of new characters has been announced for the upcoming kart racing game of Team Sonic Racing. These characters are Vector the Crocodile (formerly of Team Chaotix), Silver the Hedgehog (of Sonic 2006 “fame"), and Blaze the Cat (who debuted in the Nintendo DS game Sonic Rush). These characters join the roster of Sonic the Hedgehog, Tails the Fox, Knuckles the Echidna, Shadow the Hedgehog, Rouge the Bat, E-123 Omega the Robot, Amy Rose, Big the Cat, and Chao, making for a roster of 12 characters confirmed so far. What we’ve seen of Team Sonic Racing hasn’t really overwhelmed fans of Sumo Digital’s past mascot racers, Sonic & SEGA All-Stars Racing and Sonic & All-Stars Racing Transformed, but I haven’t been let down by a racing game effort by the developer yet. Thus, I’m still pretty hyped about Team Sonic Racing. What about you?

It seems like only yesterday that–okay, I’m not going to repeat a gag already posted earlier in today’s SwitchArcade Roundup! It WAS yesterday that I shared an ESRB listing that revealed that Giana Sisters: Twisted Dreams was getting a director’s cut for the Nintendo Switch. Now, it’s official. Along with an Internet video reference that I wish I did not know about, today THQNordic’s Twitter revealed that 2012’s Giana Sisters: Twisted Dreams is coming to Nintendo’s hybrid console with what is being called the Owltimate Edition. Oh, THQNordic and your wordplay with your titles! Check out the tweet that shared the info below:

An action-packed tower defense game, CastleStorm has been around the block a few times already. It originally released on the Xbox 360 five years or so ago, and now it sees a Switch release. CastleStorm is one of those funny, humorous, addicting games that is perfect for quick playing sessions, whether completing a single mission, grinding for coins, attaining high rankings on missions, and so forth. The developer Zen Studios consistently puts out quality games (in fact one of theirs was a Game of the Day right here on the SwitchArcade Roundup not too long ago), and CastleStorm is a game that is part of that list.

The title of this game would be a cinch for me to pull off, especially if I had to talk about the many reasons I love The Golden Girls for hours on end. Maybe it wouldn’t help my friends and I diffuse a bomb, but it would make for dropping some knowledge of one of television’s greatest sitcoms on them, which would make me happy at the very least. That notwithstanding, the mobile gaming sensation arrives on the Switch today, and it has a nice little launch discount to sweeten the deal. If you want to get some excitement going in a ho-hum party, then might I suggest you bring out your Switch and a download of Keep Talking and Nobody Explodes? Well, consider that suggestion suggested, then!

If I’m understanding the hook of Next Up Hero right, the game has you moving through dungeons (some of which are even shared and created by the community), defeating enemies until you die. When you die, your character’s ghost shows up in someone else’s game that can then be recruited to help that player out. If that innovative and frankly, quite fun-sounding concept interests you, then Next Up Hero might be a game that’s “next up" as a purchase for you. Man, I’m slaying it with these play-on-words today!

This next game was previously released on mobile devices. Carter Dotson, my predecessor on SwitchArcade Roundup and dapper gentleman all to himself, reviewed the game in-depth several years ago. Now, like so many mobile offerings, Red’s Kingdom has made the transition to the Switch, delivering a puzzle-adventure game perfect for short, intimate gameplay sessions by handheld, or more involved ones while sitting in front of the TV. If you don’t mind retracing your steps–or rolls, in this case–a lot, then Red’s Kingdom is a pleasant puzzle-adventure to dive deep into.

Some notable games discounted today include L.A. Noire (which is half off its normal price) and Letter Quest Remastered (which has a huge discount, well worth the price). An aforementioned launch discount of Keep Talking and Nobody Explodes is also available. Remember to check the expiration dates on sales so you don’t miss out!

It’s my hope that you enjoyed this edition of the SwitchArcade Roundup. What do you think about the official announcement of Diablo III for the Switch? What game(s) do you think Ghostlight will bring to the Switch? Leave any all comments and questions down below, and I’ll do my best to reply ASAP. Until tomorrow when we wrap up the week, keep your Joy-Cons charged and your Switches loaded with great games!