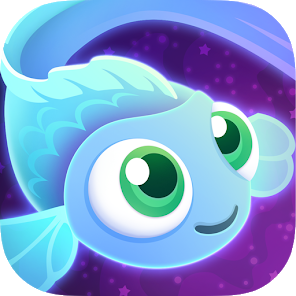 Australian developer Protostar Games burst onto the mobile games scene with their inaugural release Checkpoint Champion back in November of 2014, a slick top-down racing game that we loved in our review. Sadly Checkpoint Champion couldn’t stand the test of time and is no longer available on the App Store, perhaps because it was a bit too hardcore for your average mobile gamer. Their next release looked to rectify that with its simple mechanics and adorable veneer, and in August of 2015 Sling Kong (Free) was a seemingly immediate success. It had you slingshotting cute characters endlessly upwards while avoiding enemies and collecting coins to unlock even more cute characters. It was a nearly perfect one-handed game to kill a few minutes or a few hours, and I was mildly obsessed with Sling Kong in the months following its release. We also enjoyed it in our review. That more casual approach certainly seemed to pay off as Sling Kong has amassed more than 10 million downloads as of this past May and continues to receive near-constant updates up to and including one just last week, while Checkpoint Champion is nowhere to be seen. Let’s pour one out for Checkpoint Champion.

Anyway, Protostar has been dutifully working on their next mobile game release, and it looks to follow in the more cutesy and casual footsteps of its predecessor Sling Kong. It’s called Super Starfish, and it’s an arcade avoidance game where you’ll guide a little fish through some seriously trippy and beautiful environments by sliding on the screen and avoiding hazards while collecting items and power-ups. Seriously, look how gorgeous these effects are, like the trail your fish leaves behind and the swirly colors in the background environments.

As with Sling Kong, Super Starfish will come with a huge cast of unlockable fish characters to collect as well as a “space aquarium" where you’ll be able house those fish and unlock and place items as you please, and then sit back and admire your little creation. Normal aquariums are cool, but space aquariums? That’s next level. As to the neat visual effects, well those were the basis for creating Super Starfish in the first place. As Protostar co-founder Dean Loades says in our forums, “This game is totally inspired by the crazy fluid simulation that can be done on modern phones. It is basically just an excuse for us to do as many colorful, trippy things as we can using fluid simulation." I dig it! If you’re digging it as well, you can pre-order Super Starfish by clicking this link on an iOS 11 device, otherwise look for the game to officially launch on both iOS and Android towards the end of this month on July 26th.