There’s a certain craft that goes into making a game that feels great. Protostar’s Checkpoint Champion (Free) is a fun game on its own, but the game shows a certain craftsmanship that elevates the whole experience. This is a stunt racing game, where the goal is to drive a constantly-accelerating car around tracks full of checkpoints, collecting them in order, then hitting the final, golden checkpoint, in order to complete the level before time runs out. The game is about precise challenges across multiple terrains, presented in a simple way, but the game is stylishly presented and makes the most out of everything it does. 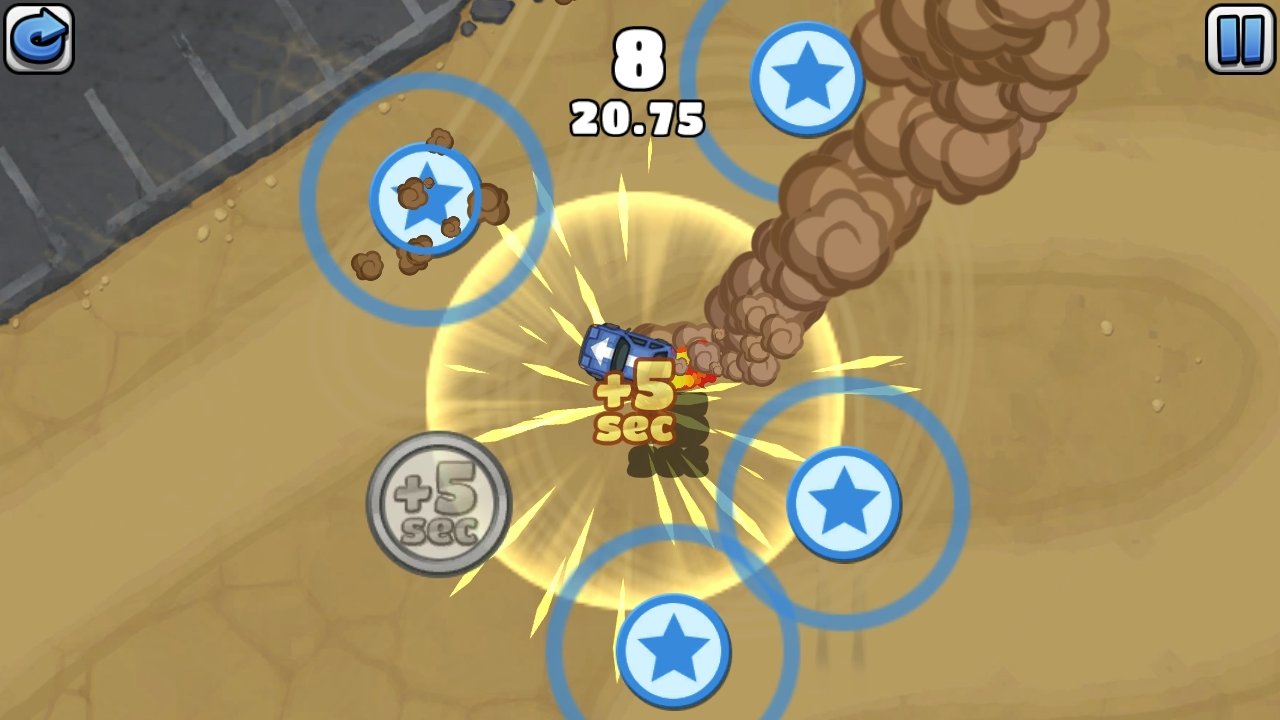 What Protostar decided to do with Checkpoint Champion was to make this game look as nice as possible. Polished is such an overused word, but that’s really what this is. Every piece of art, every button, is all in the same style, defined with thick lines. The visuals are detailed, and the game runs very smoothly on the latest hardware, though some of the effects can be disabled in order to improve performance on earlier devices. There’s Game Center leaderboards for every level. There’s picture and video sharing. Even the hidden checkpoints are just a nice touch. There’s just so many little things that were clearly done in order to make this game look and feel as nice as possible, and it shows. It makes the experience of playing feel as good as possible. 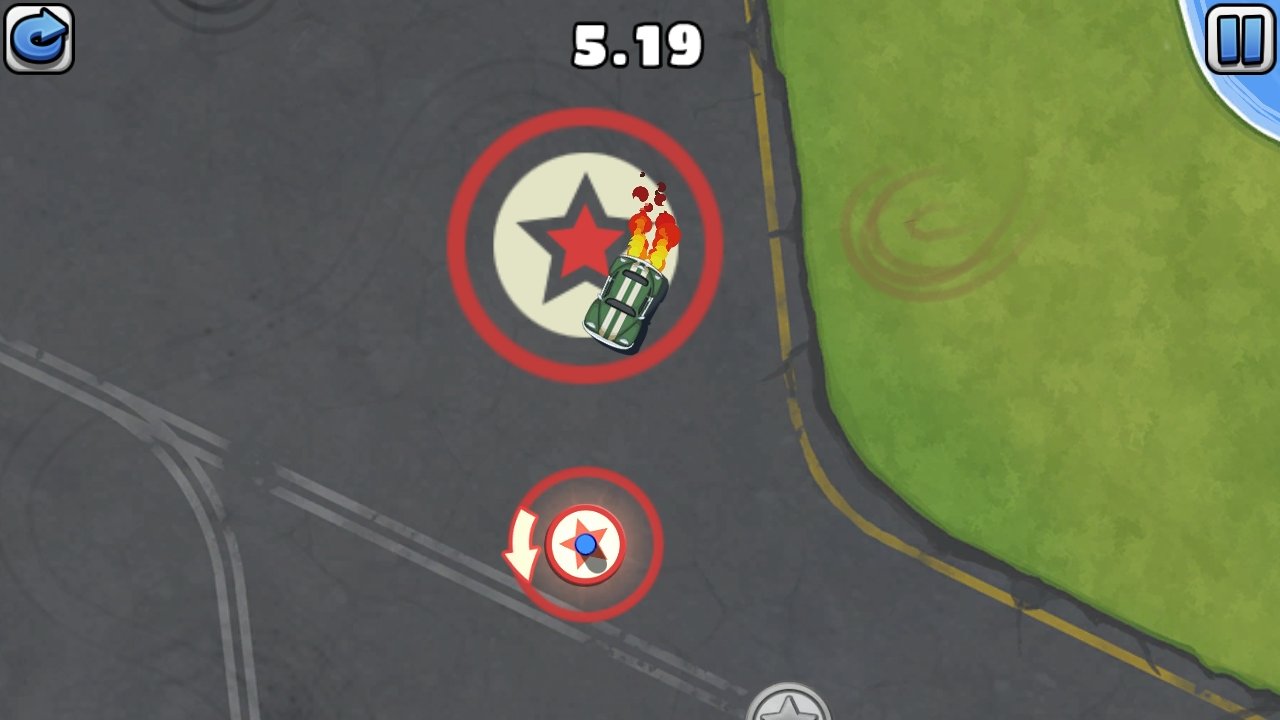 There’s really only two ‘courses’ per se, but the game makes the most out of them by using a variety of layouts and events within those courses. Most events take place in a small part of the course, really, but each event feels unique due to the challenges inherent to each one. Some involve tight turns, some involve using smart boosting to beat the clock. And because the game tests players to perform better by unlocking more levels with higher star counts, it makes replaying levels necessary, but they’re hardly a chore. The endless mode is really quite clever, as it features random sets of checkpoints throughout the courses, with a timer counting down to zero, and a 5 second boost every few checkpoints. It’s actually a great way to practice at the game, and a quick and compelling way to come back again and again. It’s also rather lucrative, as it delivers triple-value stars for hitting high score tiers. Also adding replay value are the daily events, which deliver more stars to earn as well. The last set of events requires 90 stars to unlock, which means a lot of daily events or a very high level of performance in the rest of the game. 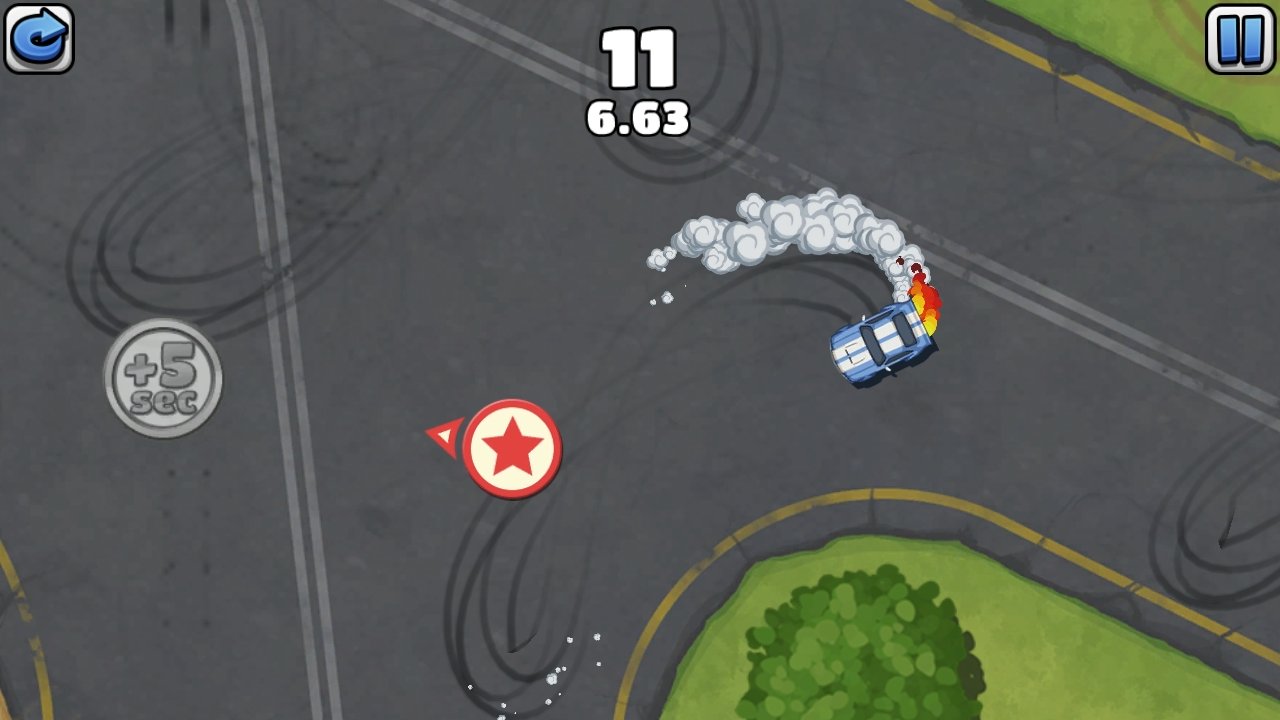 The controls use a two-thumb control scheme, where there’s the ability to turn left and right, and to boost forward by tapping on both sides at once. This means that it’s a little tricky to time boosts as it can be possible to turn a bit before hitting both sides of the screen. It’s not awful, but in a game where milliseconds matter, it can be a bit annoying. I’d appreciate an alternate control scheme as an option, at least. Or even gamepad support. This is all a minor complaint, though. 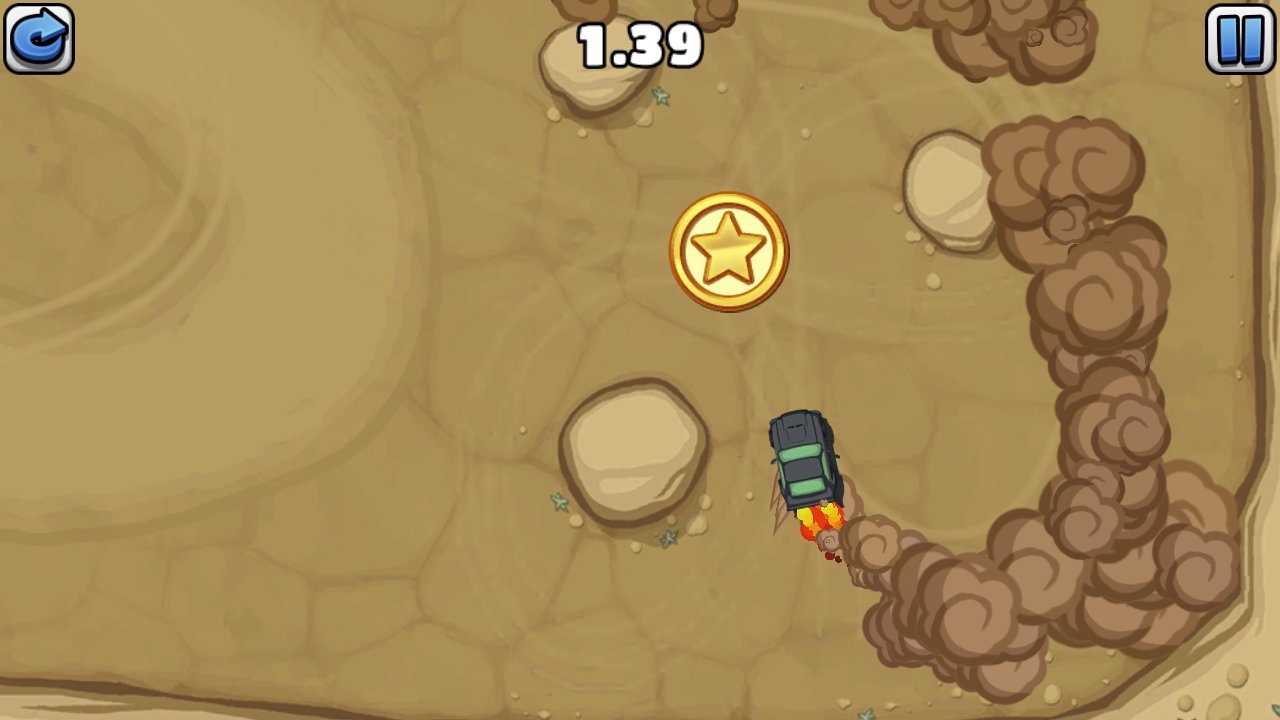 The game is free-to-play, with the main IAP being a $1.99 supporter pack that unlocks the third vehicle, special color schemes, and disables ads. There are other car and color schemes that can be bought for $0.99 each, but colors don’t affect performance, and they can all be unlocked by completing various achievements. The vehicles are a bit inconvenient to switch between, which is disappointing as each one really has its own strengths, but it requires going through several menus to switch to another vehicle. This winds up making vehicle purchasing a bit disincentivized, but supporting the developers and disabling the ads is well worth the $1.99 alone, much less for the additional vehicle. I don’t know how much money it’s making, but even free-to-play haters need to play it.

I can’t praise Checkpoint Champion enough. It’s a fun game on its own, with plenty of challenge on its own. But the social features, gorgeous design, and clever features all push it to a level that should leave other developers jealous: this game is just plain sleek.