Last month, Feral Interactive announced that they are bringing the super popular Tropico franchise to iOS. Tropico will be hitting iPad later this year and it is built using the codebase of Tropico 3 with an interface for touchscreen devices. If you aren’t aware about the franchise in general, Tropico on PC and consoles has been around for a while and it puts you into control as a dictator of an island. Your can do anything you want and even annoy people on it or work towards building things. Feral Interactive have now detailed the UI for gameplay on the iPad version. Watch the announcement trailer for Tropico on iPad below:

I’ve owned multiple Tropico games across platforms but haven’t really put much time into the franchise. I hope this port gets me hooked like it did with other games. The UI has a bar at the bottom with various icons that represent various in game mechanics. The file with a stamp lets you go through notices you need to attend to while the bust near a hat lets you send out the dictator in game to boost morale. I love the image choices for these categories as they aren’t vague like some strategy games. 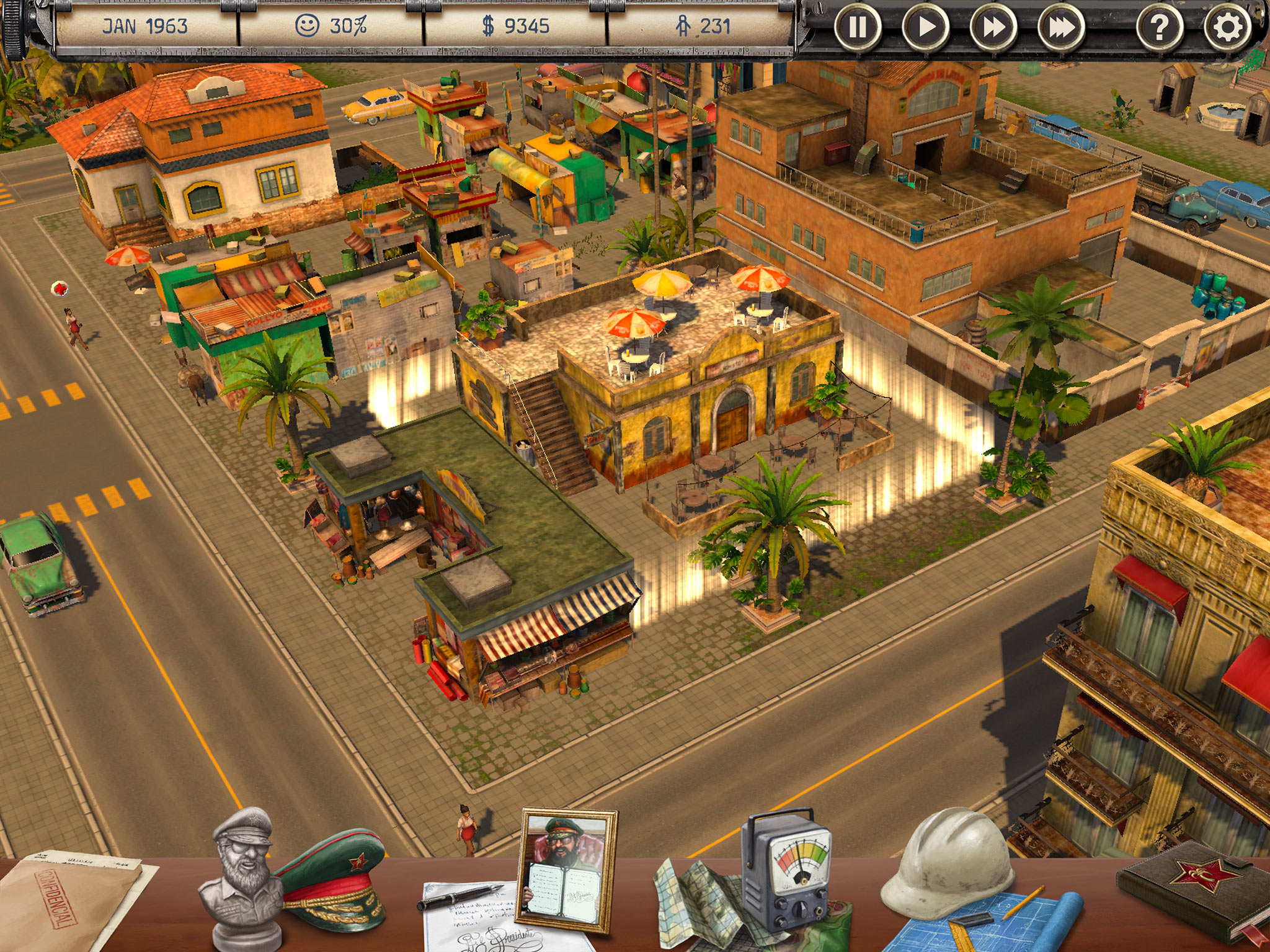 If you’re wondering about pricing, they have confirmed it will be a premium release that is priced fair. Don’t expect a free to play timer fiesta like some of the free to play strategy experiences available. If you’re curious to see how the game might end up, check out Tropico 3 on Steam here. They will reveal more information through the year but I’m hoping we get a release date before Christmas.