There was a time when you couldn’t swing a Lightning cable without hitting a decent premium run-and-gun game on the App Store. That well has dried up considerably over the years, unfortunately, but we still see the occasional new entry. Deep Space ($2.99) is publisher Crescent Moon’s latest go at the genre, developed by Bug Studios. Rather than being a stage-based affair like most of its genre-mates tend to be, this game is a procedurally-generated endless challenge to see how far you can go before getting iced. It has some good ideas, but it’s ultimately let down by unreliable controls and a difficulty level that skews towards the unfair a little too often. 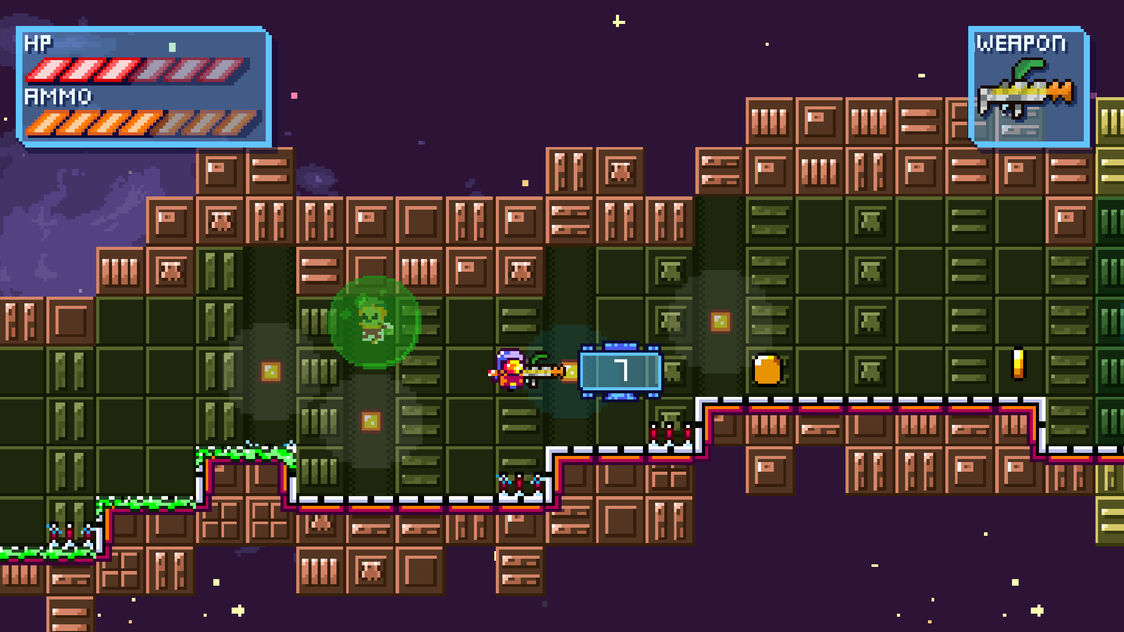 You play as some kind of space explorer with a little ship that doesn’t have much more than four walls and a shop. Each session has you docking with a massive, seemingly-abandoned ship that quickly reveals itself to be quite occupied indeed. With the doors shutting behind you as you progress through each zone, there’s nowhere to go but forward. Luckily, you have three weapons at your disposal. First, you can do a nifty double-jump that is basically the key to surviving any length of time. Second, you’ve got a shop that can provide you with upgrades if you have the coins for them. And finally, you’ve got… well, you’ve got an actual weapon, a gun. It’s not a great gun, but you can upgrade it and it has bottomless ammo. The shop sells an assortment of other guns, along with a couple of temporary power-ups. Once you’ve bought them, they will randomly appear during the game.

Now, as I mentioned, you’ve got nowhere to go but straight ahead. But don’t take that to mean that you’re rushed, as you can move forward or backward at your own pace. The ship is separated into zones, and as you progress into each one a wall will close behind you, but you’re free to run around in the current zone as you like. The thing is, though, that you’ll probably want to be moving forward as much as possible. This ship is positively loaded with traps and swarming with enemies, and the more you sit still the higher the chance that you’ll get dusted by one of them. It’s easy enough to take things slow and safe in the beginning, but once the exploding guys start showing up, you really need to shake a leg. When they blow up, they’ll take out a section of the floor with them, and depending on what else is going, that can easily be the end of you.

This is where Deep Space is at its most interesting. Enemies aren’t just dangerous because of their direct attacks, but also with how they interact with everything else. When a green worm explodes and leaves mucous everywhere, gumming up laser traps and gunking up the floor, it may seem like a boon. And it can be, but not if one of the aforementioned exploding chaps rolls along and makes a new pit in front of the goo. Jumping out of the slime requires you to jam on the jump button, making it tougher to time the necessary double-jump that will get you safely over the new window. Worms that fall on your head and temporarily take control of your character are generally just a minor annoyance, but if there’s an open pit, they can be deadly. On the other hand, if the floor is coated with slime, it’ll slow you down, perhaps allowing you to regain control before something really bad happens.

The weapons also have strategic value. While it’s certainly preferable to shoot down a bomber before he explodes right in front of you, he’ll still blow up where you drop him. That is, unless, you use the gun that encases the enemy in a bubble and floats them safely away. Since those guns appear randomly and have limited ammo, however, you can’t really guarantee you’re going to have the gun you need when you need it most. Still, it’s pretty cool when things work out just right. Bubbling up a bomber or using a grenade launcher to take out traps always feels good, and helps sell the cohesiveness of the game on the whole. 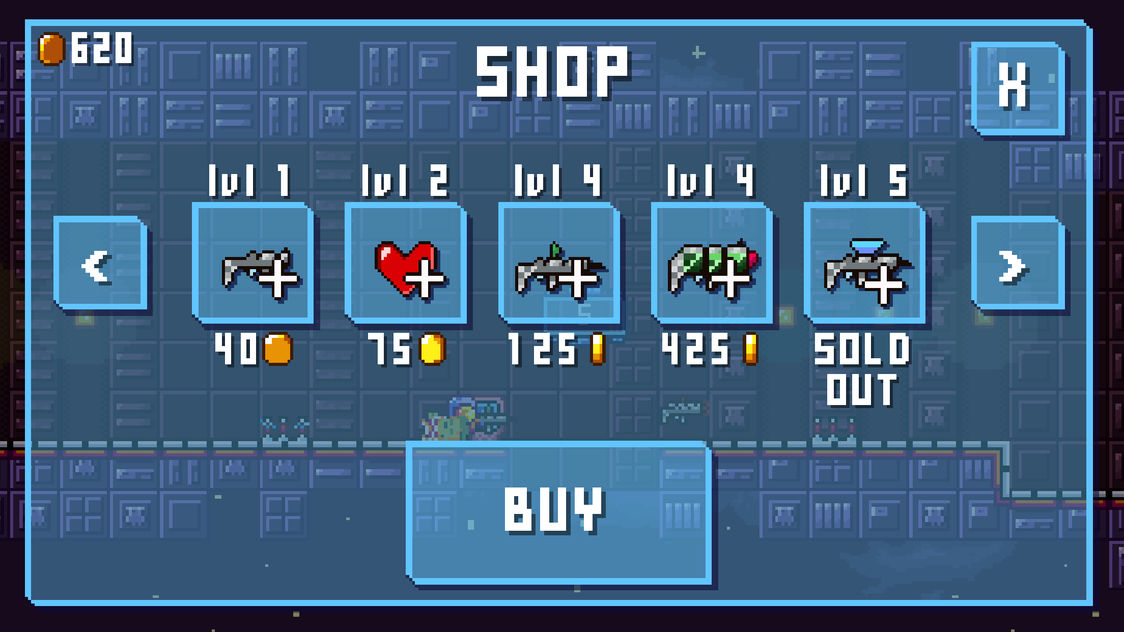 It’s not all sunny, unfortunately. There are a couple of issues that keep Deep Space from being as compelling as it could have been. The game uses virtual buttons for its controls, which wouldn’t be a big deal if it weren’t for the buttons sometimes not registering. Most of the time this is just a small hassle, but if the jump button doesn’t fire off the way you were expecting at a critical moment, it can mean the end of your run. The game also starts to hit a bit of a been-there, done-that feeling quite rapidly. There’s just not enough variety going on in the level designs themselves. For all the enemies and traps, you’re really only running down long hallways with small changes in elevation. The game is also pretty difficult, and it’s not always kind about things. With how busy the screen can be, it’s easy to miss retracted traps only to get stung by them when they pop out. Some combinations of enemies and traps can seem utterly cruel.

Basically, if you’re just looking to fill some time, Deep Space will do that. It’s really easy to pick up and play, and starting a new run is as zippy as you need it to be in this sort of affair. There’s a certainly mindless joy to scooting along shooting weird bugs and zombie-like aliens, collecting coins, and upgrading your gear. But if you ask more than that from the game, it starts to come apart. It’s just a little too frustrating, a little too repetitive, and a little too insubstantial to hold up to any sort of long-term scrutiny. The Game Center leaderboard support could conceivably help with that if you have a decent group of buddies to compete with, but the same could be said for just about any score attack game. It’s hard to give it too many kudos for that, in other words.

Deep Space has a few cool ideas that help put its nose a little above the water, but it’s a hard game to recommend with much enthusiasm. This is a very well-trodden genre, one where it takes a lot to really stand out. Deep Space just doesn’t have that zing, and in the end it becomes hard to stick with it for very long. Control quirks don’t help matters, either. If you’re just looking for something to pick up and waste a few minutes with now and then, this game will serve you and do so without asking for more money, but that’s about it.