It’ll be a year ago tomorrow that developer Pine Studio released their wonderful first-person puzzle adventure Faraway: Puzzle Escape (Free) on the App Store, and back then the game really impressed me with its stylish environments, cool puzzle-solving, and interesting storyline. It seems I wasn’t alone in enjoying Faraway last year, as the game ended up becoming quite the success, and back in November it spawned a sequel called Faraway 2: Jungle Escape (Free). Whereas the first game took place in the vast sands of the desert, Faraway 2 took things to a more Mayan-inspired jungle world, again offering up tons of neat puzzles to solve and story bits to follow. Now Pine is wrapping up their Faraway series with a third and final entry titled Faraway 3: Arctic Escape. From the dry desert to the lush jungle and now to the freezing arctic tundra. Here’s a teaser image of Faraway 3. 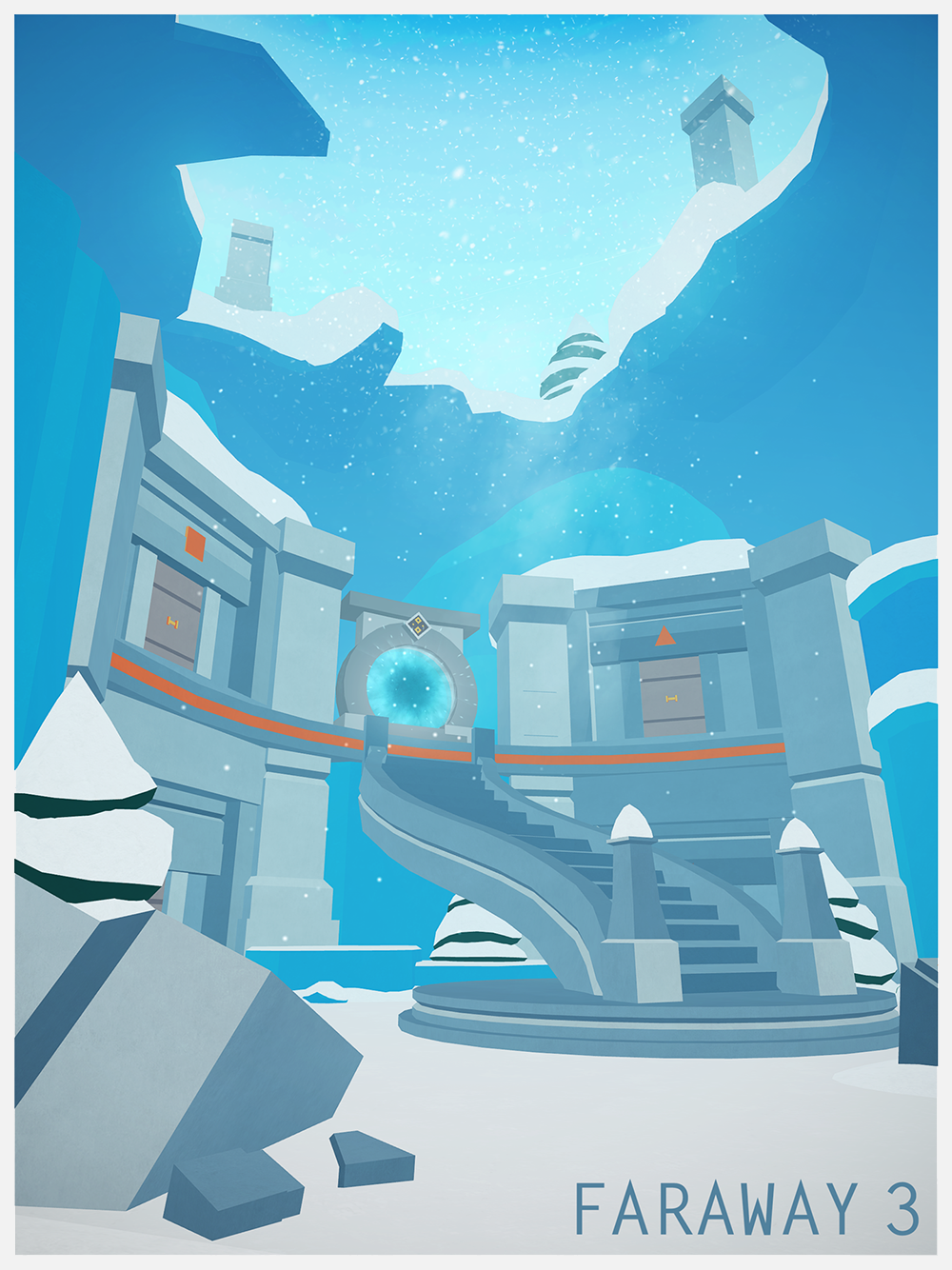 As Pine Studio has stated in our forums, this will be the finale to the Faraway series and will wrap up the story that began in that first game. As those who have played the Faraway games know, the main story is a pretty straightforward adventure but there are all sorts of well-hidden additional story elements that you can unlock that hint at a much stranger and more mysterious set of things going on. That mystique is a large part of what I love so much about the Faraway games, so I’m very interested to see how things are wrapped up. Another great thing about the Faraway series is how well-built they are for mobile with an intuitive gesture-based control system and a really friendly pay model that lets you play a huge chunk of the game for free with ads, and the ability to purchase the rest of the game and remove those ads either in a bundle for slightly cheaper or per chapter as you see fit. I imagine Faraway 3 will follow a similar model, so until that launches be sure to give the first two Faraway games a shot if you haven’t done so already as I can’t say enough good things about them.