Majic Jungle’s The Blockheads (Free) is still kicking five years after release, and update 1.7, out now, is a dramatic new update. The biggest feature? Pets! You can now tame creatures, including sharks and dodos, and breed unicorns that fly through the sky with rainbow sparkles. Seriously. Dodos can even lay special eggs that help provide special resources. 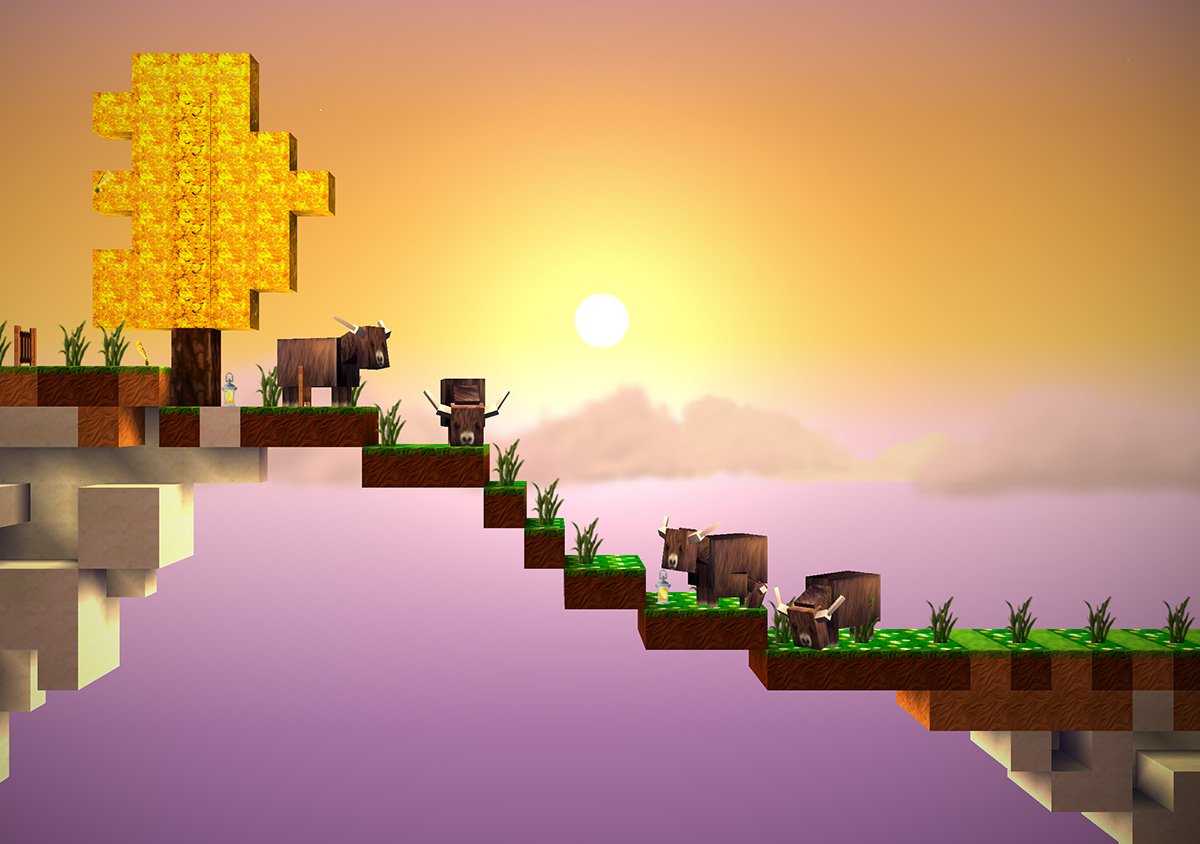 If you’ve played the heck out of The Blockheads and want a fresh new start, there’s a new expert mode to play. This has a redesigned tech tree that gives players a different but apparent progression through the game, with some other tweaks to make the game more difficult. This mode is available in cooperative play, and you’ll need the help!

New customization options are available after you craft a mirror, and there’s new faces, colors, and hairstyles available. Trade portals got a bit of a nerf, with a greater difference between the buy and sell price for items, and you can only buy items you have already discovered. Custom rules worlds can play with the old rules if the want. Also, job listings are now available at trade portals, so you can send your other Blockheads off-world to complete tasks for you. 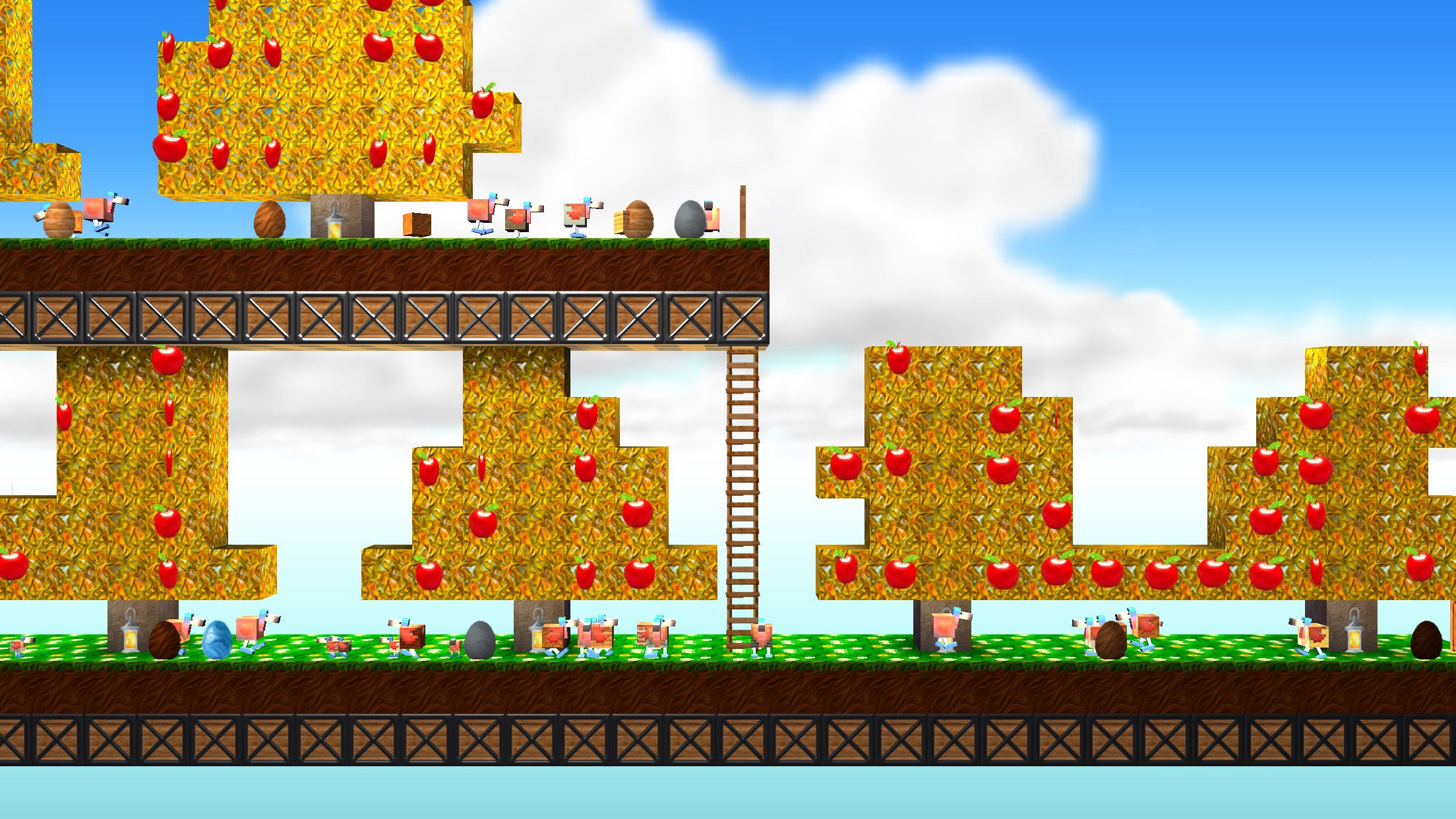 Check out the full patch notes for all the changes:

Changes
– New font
– New look buttons
– Baby dodos!
– Pole items now slowly degenerate over time like other clothing, and respawn at the poles 40 days after removal. This is configurable in custom rules.
– The time crystal item has been mostly removed, should be impossible to do anything useful with any that remain
– Coffee cherries now give a 10 second extra speed bonus- All food now gives a small energy boost
– Energy now goes down a little faster to compensate
– Foods now replenish half as much food and health
– Sleep now also replenishes health slowly
– Plant harvesting has been changed so you always harvest the entire plant no matter which part of it you tap. (excludes vines and kelp)
– Plants no longer give a correct tool bonus when harvested by digging the block below with a spade
– Plant item drop counts have changed
– Sunflowers now emit light
– Time crystal and gold ore and gold blocks now have a larger light radius, which matches the gem block light radius.
– Boat moved to woodwork bench
– String moved to weave workbench
– After a rewarded video is watched, you need to wait 10 minutes before another will become available
– Fur is now a little harder to come by from drop bears
– Game Center multiplayer is no longer supported
– ‘Share a link’ crystal reward has been removed
– All tools and weapons now lose durability 4x faster per strike if they are used as a weapon
– The way animals spawn, feed and breed has totally changed, with longer lifetimes and different spawn rates
– Trees above 3 blocks tall will now always give at least one fruit per season
– Dodo feather drop on death is now 50% chance instead of 1 + 50%.
– Fruit now falls off the trees at the end of the fruiting season, and stays on the ground for one day.
– Tool decay custom rules are now 2x and 1/2x, not 4x and 1/4x
– Water is no longer removed when capturing a fish or shark in a bucket
– Dodos and donkeys now eat food lying around on the ground
– When a mob or kelp is frozen in ice, it will no longer die, but will be preserved in its current state until it thaws and comes to life again
– Drops from plants no longer make a sound unless they are being harvested by a blockhead
– New sword sound
– HD textures are now free, and are the default
– Trade portals now have a far greater tax between buying and selling, 0.5x the base price when selling, 2x the base price when buying. This is configurable in custom rules.
– Trade portals now require that you have picked up each item before you are able to buy/sell it in each world, however all items < 1.7 are unlocked in worlds you have already played in with 1.6. This is also configurable in custom rules.
– Happiness no longer influences craft speed
– Renamed ‘vanilla’ or ‘normal’ to ‘survival’ when used in text as a comparison to custom rules
– Diamonds and diamond colored things now are a whiter color
– Gems now emit a longer reaching light
– Donkeys now suffer fall damage, can die from high falls
– Scorpions now have babies even if there is a back wall
– All mobs except cave trolls now take damage from high temperatures
– New UI for selecting sun color
– If you tap while riding something, you now see a button to ‘STOP RIDING’ instead of immediately jumping off
– If the custom rules setting for world modification is set to disallowed or admin only, ownership signs can now be used to allow certain players to modify restricted areas
– If you don’t have permission to remove/modify a sign, you now can’t mine/modify the block behind it
– Chat notifications are suppressed if the UI to mute another player is visible

Adjustable with custom rules:
– Teleportation requires diamond portal
– Tools are used up at half the rate, as long as they are not used in an attack
– Hunger rate doubled
– Doubles damage received when harmed in any way
– All items dropped when you die
– Cannot meditate

Not adjustable with custom rules:
– Totally new progression through workbenches with new crafting recipes for most items
– Cannot get a workbench using time crystals, it must be crafted at a portal
– Trade portal crafting requires diamond portal
– In order to use any workbench/crafting block other than the spawn portal, you must be the one who placed it
– Number of time crystal blocks has been doubled
– Ore bonus with correct tool reduced from 3x to 2x
– Plant drops are lower, and more related to current tool and whether it’s currently flowering. It’s possible to get no seed drop.
– Trees and branches don’t drop anything extra when they fall as the result of another block being removed, the only drops come from the single block which was chopped
– Dead trees don’t leave any drops
– Less leather & fur drops from dropbears and donkeys
– Less fruit grows on trees
– Fewer treasure chests, and only in caves, not under beaches
– Energy given by coffee and other food items halved
– Low happiness gives a greater penalty to mine speed
– Pole items have reduced effects
– Health increase while sleeping is half that of normal mode

The Blockheads update 1.7 is out now.