It’s time to revisit the MMO scene we’ve been talking about. Black Desert Mobile by Pearly Abyss has officially launched in South Korea on February 28th. So why should you care? Because this game truly feels like something special. I was able to download Black Desert Mobile from the Korean app store using an alternate account and I spent some time with it over the course of a single night. With that being said, the game is currently entirely in Korean, so I had a bit of trouble navigating the menus and finding all of what the game has to offer, but the taste I’ve had so far I have enjoyed immensely. 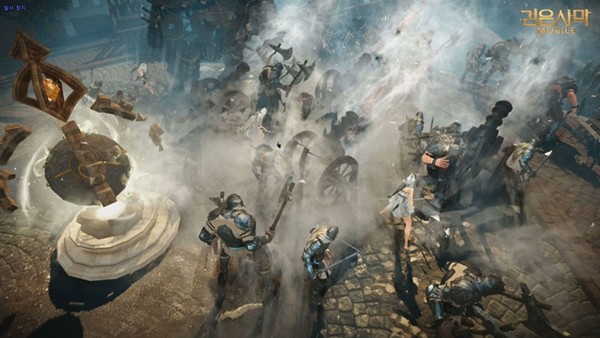 So what is Black Desert Mobile? First let’s start with it’s big brother on PC; Black Desert Online, which was launched back in 2014 in Korea (2016 in North America), and promised to be a next-gen MMO, showcasing much of the traditional elements of MMORPGs while taking an Action RPG approach to combat that required active aiming, dodging and combos as well as mounted combat. The game received generally favorable reviews and has continued to draw 100,000 concurrent users

Enter Black Desert Mobile. While Black Desert Online may not have entirely changed the MMO game on PC, its mobile counter-part just may change the mobile MMO in a big way. I navigated the first few menus of the game on start-up mostly by tapping on random things since I can’t read Korean, but the flow seemed to match just about every other MMO: account name, server choices and then character creation. Immediately upon arriving at the character creation screen you can tell how this game stands out. The character visuals are stunning for a mobile game and the amount of freedom the creation system allows you is quite immense. I did not get too in-depth with this system as I was afraid tapping one wrong thing may irreversibly maim my character so I let most of it be. 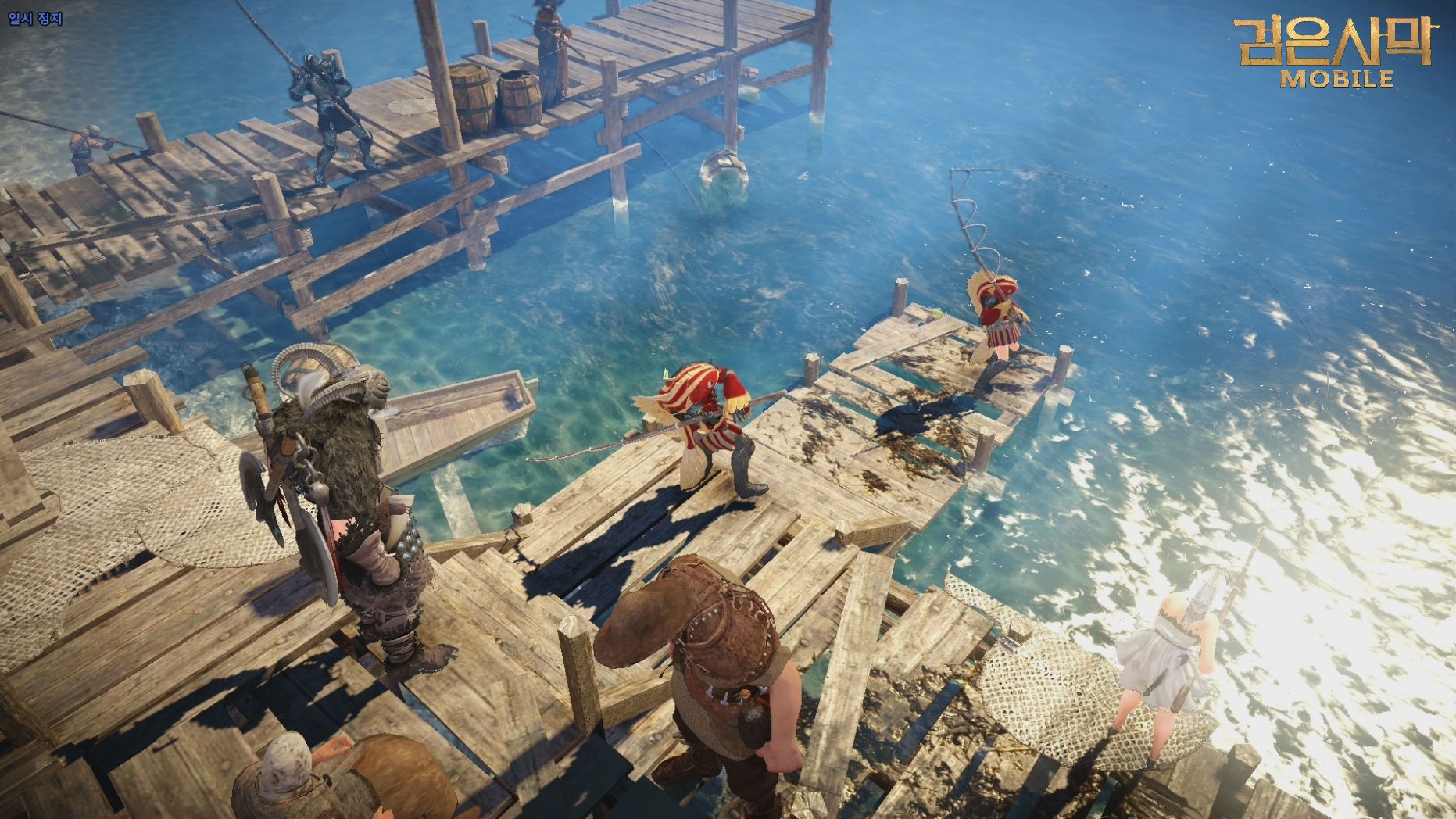 From there I carefully tapped through the server selections and entered the game. Immediately this game stuns you, and it’s not just the incredible visuals. As soon as you start moving using the virtual-joystick you experience the freedom of movement this game allows and how fluidly your character responds to the joystick, very much unlike many other mobile games I’ve played, let alone an MMO. You can also use the right side of the screen to freely move the camera and zoom in or out to any position you want.

The second thing I noticed was the draw-distance, which admittedly seems to have been sacrificed at the cost of the impressive visuals. It’s not entirely jarring, but objects will shimmer and glitch around a bit from a distance not very far beyond your character, but even so I found this to not detract from the visuals very much at all. Time and care was put into character movement, physics and the visuals, that much is apparent right from start-up. Here’s a couple of minutes of footage caught in real-time as I cruised around the world of Black Desert Mobile (sorry the sound cuts out about halfway through for some reason):

As I began to clumsily navigate the first town I was dropped into, the comparisons to Lineage 2: Revolution (Free) from Netmarble were very easy to make, but really only in good ways. There was a small pop-up on the right that I figured out was my quest, which tapping on would send my character trotting off in the direction of the quest-giver or objective, lead by a small black cloud with red eyes that seems to guide you through the game for some reason, though it’s entirely possible to walk there on your own if you so choose. And I chose this option quite a bit when I could as even just walking around in this game feels so fluid and fun that navigating the game didn’t feel like a chore.

It’s worth noting here that the camera freedom this game allows really sets this game apart. While playing Lineage 2: Revolution  with its locked camera angle, I couldn’t help but feel there was no world around me and only what was on my screen was what existed of the world. In Black Desert Mobile, the world comes to life. NPCs walk around the world going who-knows-where, other plays whip around the world, jumping over fences and NPCs, animals follow their owners around while chores are being completed, the game world just feels alive and detailed in a way I haven’t experienced in another mobile game. 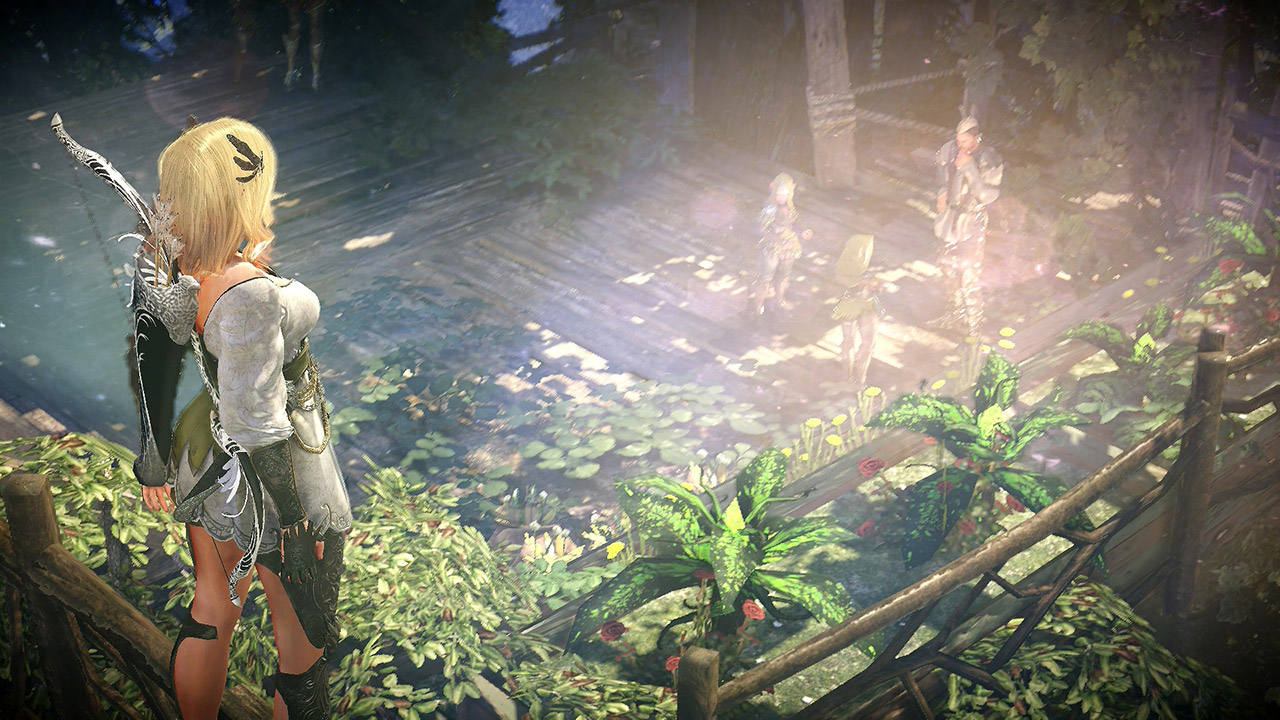 After the first few quests which mostly involved following my cloud and talking to people, I entered my first combat experienced which involved killing some shrub-like creatures which I dispatched very easily. Again here, I was immediately struck by how fluid and satisfying the combat felt all while also being visually pleasing. It was a joy to dispatch the poor shrubby little creatures and I killed many more than my quest demanded, just because I was enjoying the combat system. You can also dodge-roll out of the way of enemy attacks and use your skills positioned around your main attack button in the bottom right of the screen. After I had decimated the population of the shrub-people, I tapped on the quest button again and auto-navigated back to the quest-giver, who said some stuff and possibly even gave me a reward, again I really wasn’t able to understand much.

The first few dozen quests had me killing monsters, gathering materials and navigating through some of the other elements of the game accessible through the game menus that I couldn’t read. This wasn’t too much of a challenge due to the first time you do these tasks being very tutorial-like and highlighting things you need to tap, and though I had very little idea what I was accomplishing, I know I upgraded my weapon and fed stuff to my little black cloud.

At this point, I can’t speak on what other features the game has to offer from personal experience due to the language barrier, but I know I was gathering materials at some point and crafting them into other stuff. The game promises a unique skill system that has you farming, smithing, and possibly even sailing if my extremely limited auditory-only Korean is to be trusted.

In short, every moment of the time I spent with this game was an absolute joy to play. Every second of it felt like the missing next chapter in mobile MMORPGs and the potential this game has is ridiculous. I’m super excited to delve more into this rich game-world and uncover what else this very special feeling game has to offer. While no western release has yet been announced, I would be shocked if there wasn’t a launch planned very soon and I for one will be all over it. There’s much more to explore in this game and once a western release happens you can expect a full review from TouchArcade.