It’s Full of Sparks (Free) is the latest release from prolific App Store publishers Noodlecake and developer Dabadu Games, and it’d be understandable if there were lingering doubts about whether quantity would eventually come at the expense of quality, and if some titles would make less of a bang amongst the iOS community. Thankfully, It’s Full of Sparks lives up to its name – from the outset, Dabadu Games have made a game full of sparks, new ideas and an abundance of charm from start to end. While a ‘platformer’ in the loosest sense of the word, It’s Full of Sparks suits the iPhone and iPad perfectly with its simple but incredibly solid central premise, and inventive level design means it remains engaging even as the novelty begins to wear thin. 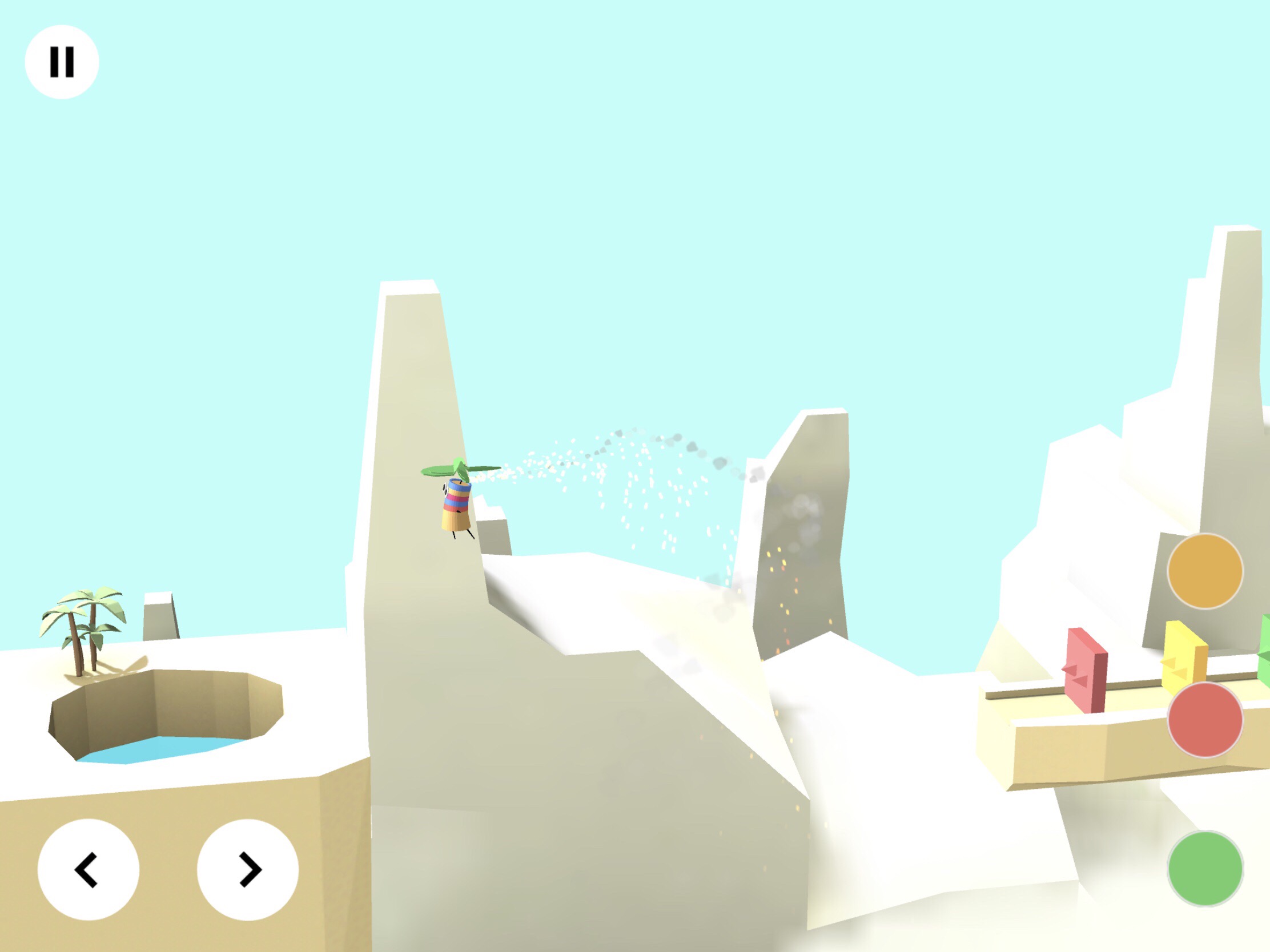 In It’s Full of Sparks, you control one of infinite sentient firecrackers on their quest to discover the meaning of their cruel, cruel existence and, ultimately, stop exploding. To accomplish such a task, you’re put in control of one such firecracker, and at first can only run left or right. However, you’re quickly introduced to red, green and yellow environment-changing glasses, which conjure up and conceal similarly colored obstacles and utilities at the press of a button. For example, a red spiked wall obstructs the path between your firecracker and the end goal (represented, comically enough, by a pool of extinguishing water). To get past this without the ability to jump, you activate the red goggles through a button on the right side of the screen and poof, the spikes have vanished.

While this may sound quite basic, It’s Full of Sparks fleshes out this concept by introducing multiple colors, and also a variety of objects that can both help and hinder your progress. This can include things from bridges to springs, and even occasionally magical propellers that can be turned on and off at will. As only one color can be ‘erased’ at once, having to dodge a number of differently colored bullets, for example, can become a frantic challenge of co-ordination, which has to be the closest thing to Guitar Hero that the iOS platforming genre has dared to experiment with (but do leave a comment if such a strange mash-up exists elsewhere!). The amount of gimmicks and the frequent change of pacing throughout – with some levels requiring lightning-fast reactions, and others needing a more methodical approach – keep It’s Full of Sparks interesting throughout its 80+ levels. 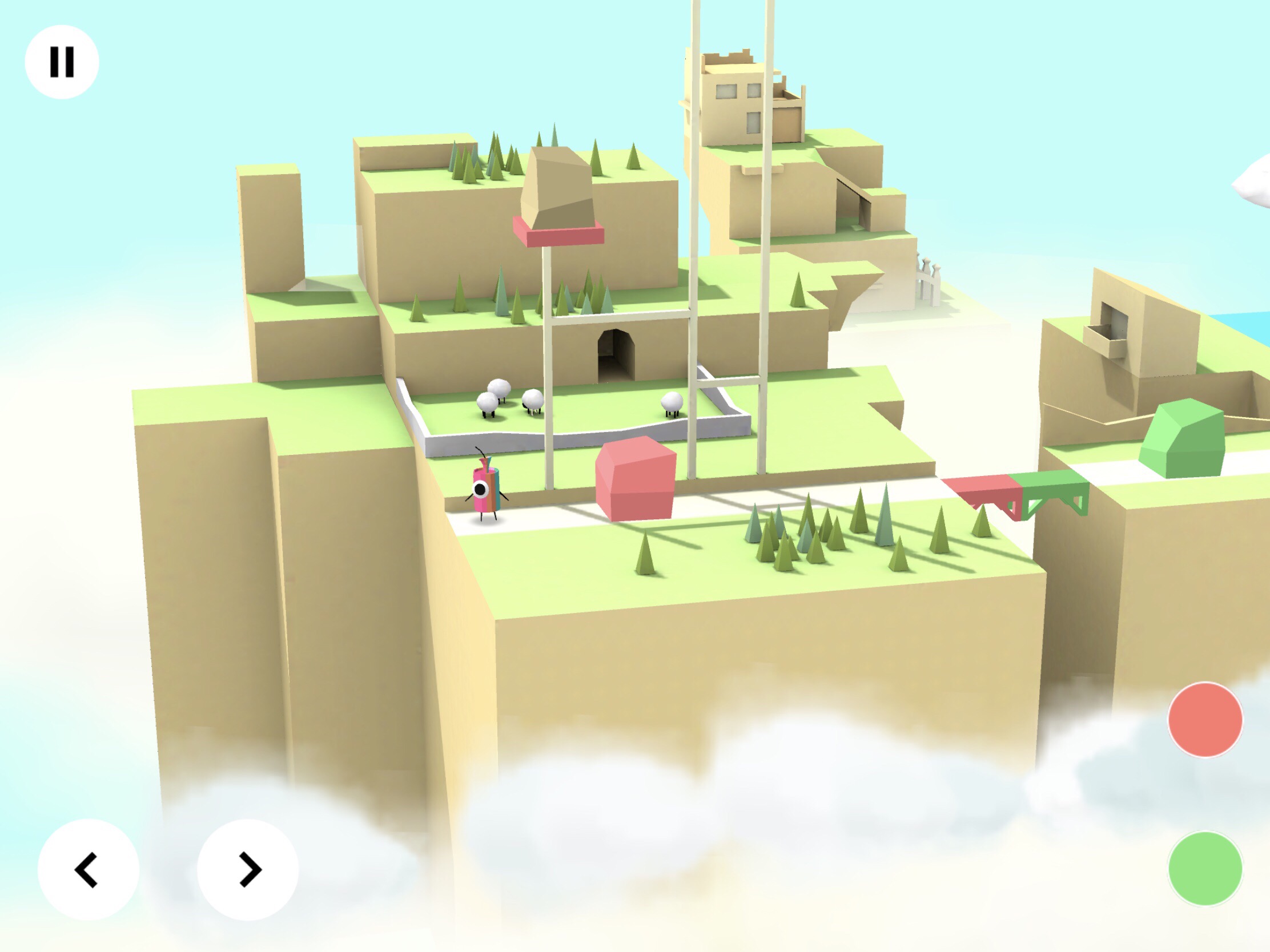 Outside of merely its gameplay elements, It’s Full of Sparks has had a lot of careful consideration in other aspects of its design. The graphical style is a luscious, cel-shaded delight, which really brings the character of the firecrackers to life and adds greatly to the game’s overall charm. While the environments are relatively mundane, and the change of location is mainly used to group levels as opposed to take the game to unique new worlds, their overall appearance does go some distance to reinforcing the cutesy and comical style that It’s Full of Sparks champions. Similarly, the music isn’t specific or particularly reminiscent of the various climates, but the soundtrack is incredibly well done, and the catchy beat drives your firecrackers on with a swagger that contrasts well with the aesthetics of the game. It’s almost a shame that the developers didn’t take the title into a more minimalistic and fast-paced direction, as there is a lot of potential for some rhythmic puzzle-platforming here if things were slightly tighter.

As with the aforementioned music and graphics, the controls do work well, and give the game its own style. That being said, I was occasionally frustrated by the physics of the game, and the overall experience would be enhanced if things were a bit more responsive. It takes a while for the firecrackers to accelerate and slow down, and with relatively small margins of error in both the ranking system and the actual obstacles themselves, I was occasionally left frustrated by the inputs letting me down. Again, this takes It’s Full of Sparks away from a rhythmic pacing that would best complement its core mechanics. The level design can also occasionally rely too much on trial and error in its obstacles – while the quick restarts greatly mitigate this, tighter controls would perhaps reward players more for quick-witted reactions rather than require repeated attempts. It is a minor issue, and maybe even one that was intentional in the game’s design, but my enjoyment of the majority of It’s Full of Sparks leaves me wanting the developers to further build on the latent potential here. 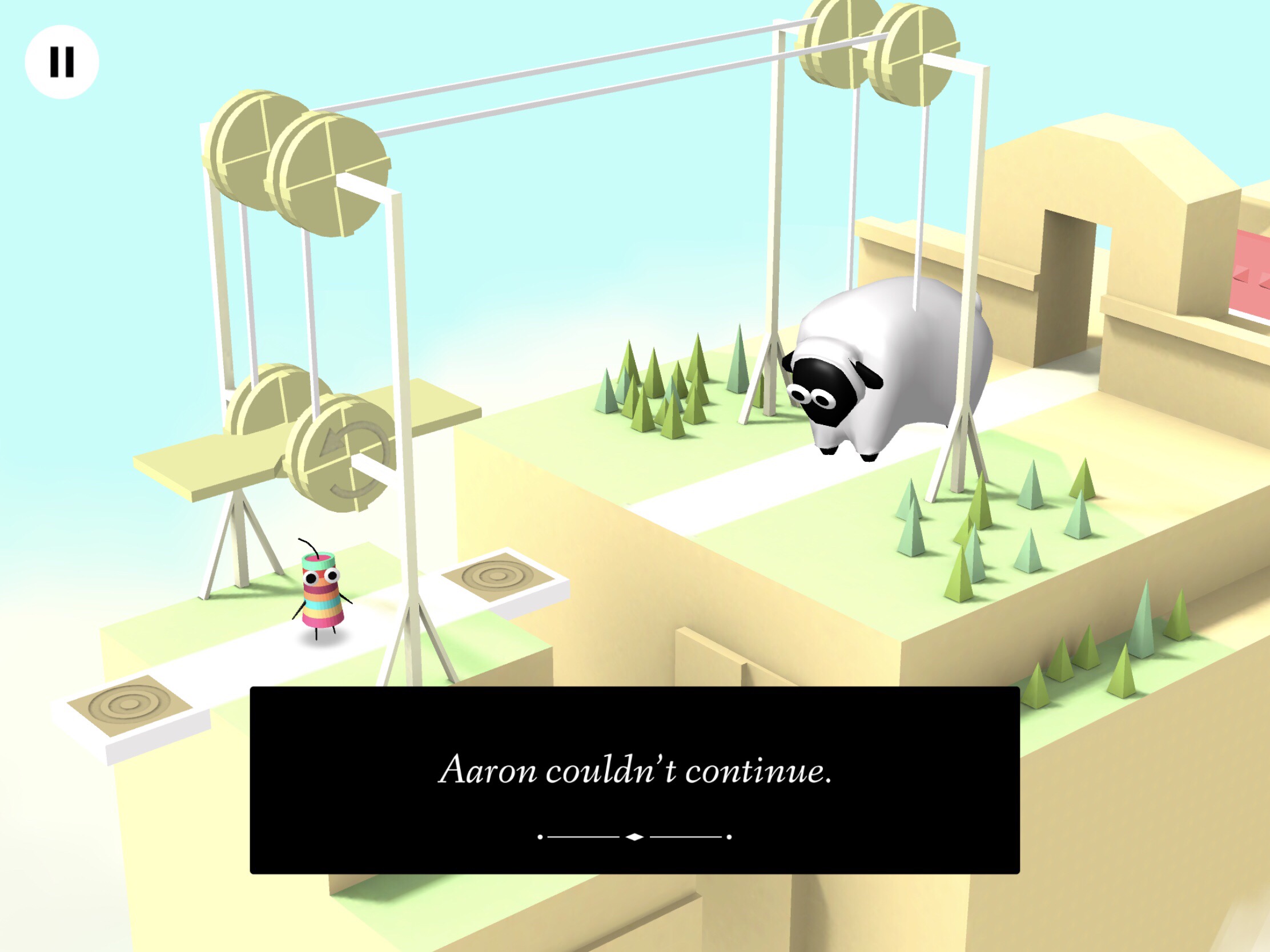 Of course, it wouldn’t be a review without mentioning It’s Full of Sparks’ monetisation method, and I’m pleased to say that the approach the developer has taken is fair and enjoyable for all types of players. You have a limited quantity of firecrackers (read: lives), and these will inevitably disappear quickly as you fail to complete a level in time or explode at the behest of nefarious obstacles. However, you can get more firecrackers through either waiting, by watching videos or by purchasing an infinite amount through a $2.99 IAP. These methods are all entirely reasonable, and more advanced or patient gamers may end up not needing to refill their supply too many times. For the rest of us, you’ll likely literally explode through your lives in a matter of minutes, especially if you indulge in the game’s additional leaderboard-focused content.

Each level has a three-star ranking that necessitates almost perfection to achieve, and an extra Diamond Jump mode lets you explore levels in different ways, forcing your firecracker to take a more protracted route in the ultimate test of platforming prowess. These achievements and modes are a nice way of extending the game’s relatively brief lifespan, but do come at the cost of lives. However, when the puzzles are this much fun, $2.99 is ultimately an absolute bargain. Best of all, each firecracker has their own bizarre name and design, which is a particularly nice touch that conjures charm out of the relatively mundane and stale concept of video game lives.

Whether it’s the hilariously helpless sheep boss, or the way in which the developers never introduce too much mayhem in terms of environment-manipulating madness (a colorblind mode is even included for complete accessibility), It’s Full of Sparks impressed me throughout with how well thought out virtually all of its individual elements are. The resulting package is one that harnesses the arcade free-to-play zeitgeist of the App Store whilst adhering to some surprisingly complex and compelling concepts, and as a result It’s Full of Sparks makes the most out of both its lengthy overall content and bespoke gameplay mechanics. Whether the developers decide to experiment with more rhythmic, twitch-based platforming, or even do the opposite and emphasise some of the more lengthy levels and their elements of exploration and intrigue, there is so much potential in It’s Full of Sparks for refinement and expansion, despite a few minor flaws along the way. Hopefully, unlike the game’s firecrackers, the developers aspire to explode with more creative ideas on the App Store in the near future.