Some developers just demonstrate a knack for certain genres and decide to stick with them. It’s not a bad way to go, and since Rayark has already given us several quality rhythm games like Cytus and VOEZ, it’s only natural that the studio might want to revisit that particular music-saturated well again. Happily, what it’s come up with in Cytus II (Free) is the best kind of sequel, one that should please fans of the first game while also assuring you don’t require any knowledge of it.

What you do need is fast fingers, because Cytus II starts out challenging and only gets harder from there. It’s not so much the intricacy of the game mechanics because there are only a handful of things you’re asked to do to tap notes in time with the music. The presentation is unique, though, because instead of the stereotypical style of notes falling down from the digital heavens, this game features them popping up in different spots around the screen as a line traverses it vertically. You always get a sneak peek at what’s coming next like in classic rhythm games, it’s just done in a different fashion.

While you’re eased into this presentation in the sparse but fulfilling tutorial during the game’s opening credits, it doesn’t prepare you for all the different ways Cytus II throws notes at you the further you delve into it. You’ll find yourself holding some down for different durations (sometimes simultaneously), dealing with tempo changes that make the vertical line scroll faster or slower, rapidly tapping complicated chains of notes in quick succession and more that I probably forgot because it came at me so quickly. Yet pattern recognition and memorization is still your friend, and persistence pays off, so fans of things like Dance Dance Revolution and its many progeny or Guitar Hero and the like will find that aspect comfortable even though this is a very different kind of rhythm game.

One element you might not expect is that Cytus II also has a story, a sci-fi narrative set an indeterminate amount of years in our future. People have apparently “synced" the real and online worlds, and music is a powerful force in both of them. A DJ named Æsir is the most popular music star of all, but he failed to arrive for the first concert where he would show his face, and the mystery of his fate is a topic of interest to both his fans and rivals alike. 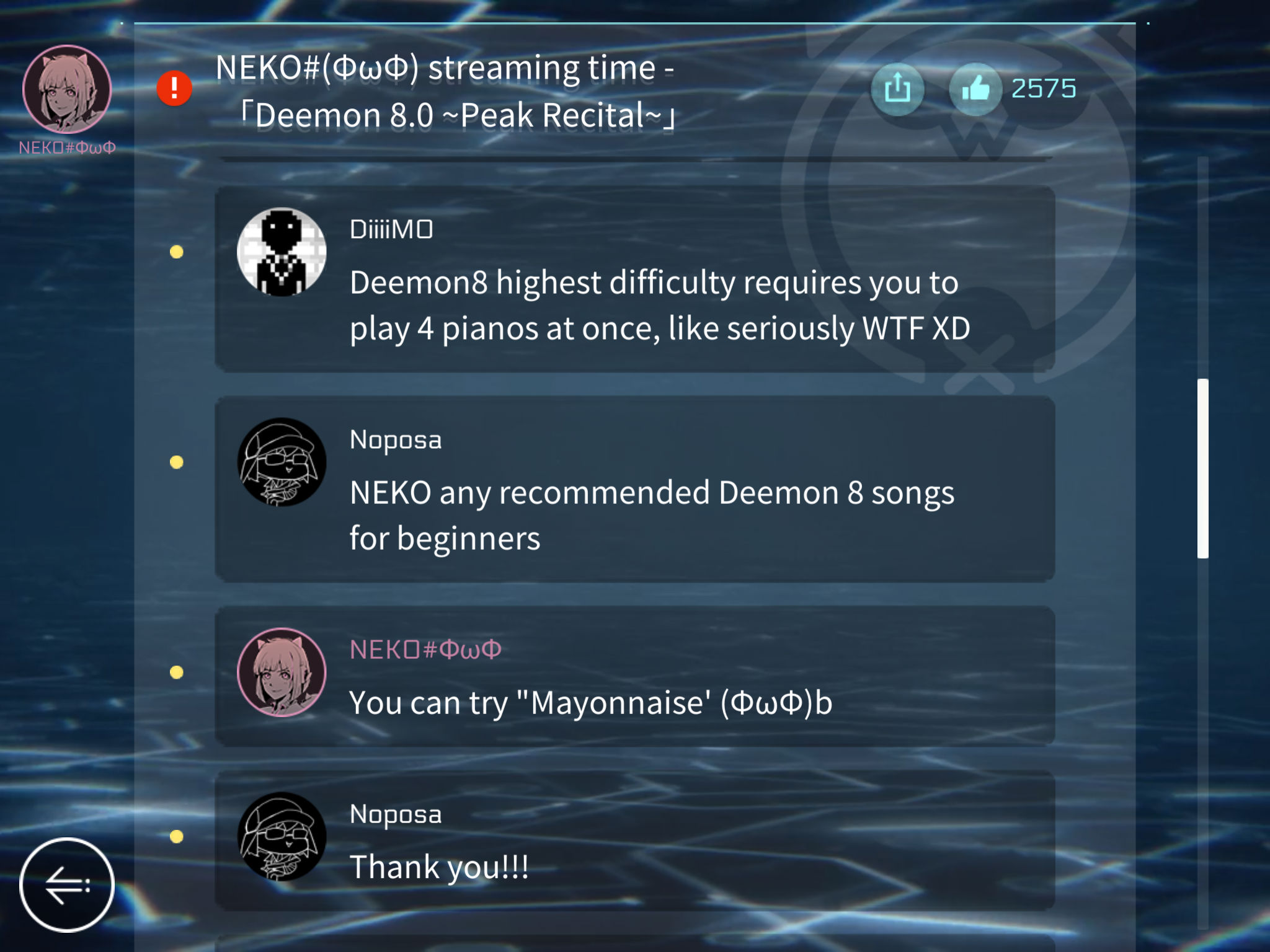 You’re free to ignore the story and just enjoy Cytus II for its music and gameplay, but you can’t escape it altogether because of the way it’s interwoven with advancement. Each DJ character has his or her own playlist of songs, only a few of which are unlocked when you start play. Every time you complete a song without failing, you earn XP toward leveling up, but those levels are specific to that DJ. You unlock new songs and harder difficulty levels for previously completed tracks as you go — I didn’t play anything on Chaos level and am frankly pretty scared about what it might mean — but you also hit a level cap that forces you to explore the other DJs’ songs before you continue.

That means you have no choice but to dive into the ‘IM’ part of the game, which is essentially the game’s version of a futuristic chat/message board hybrid. You don’t necessarily have to read everything in there if you don’t care about the tale the game is telling, and some players are absolutely going to skip right past the messages, but you need to at least visit to keep going. On the plus side, any song you play earns you XP even if you don’t set a new record score or combo, even if you’ve played it before, so it seems possible to unlock everything by grinding out your favorite tracks for each DJ if that’s what you want to do. 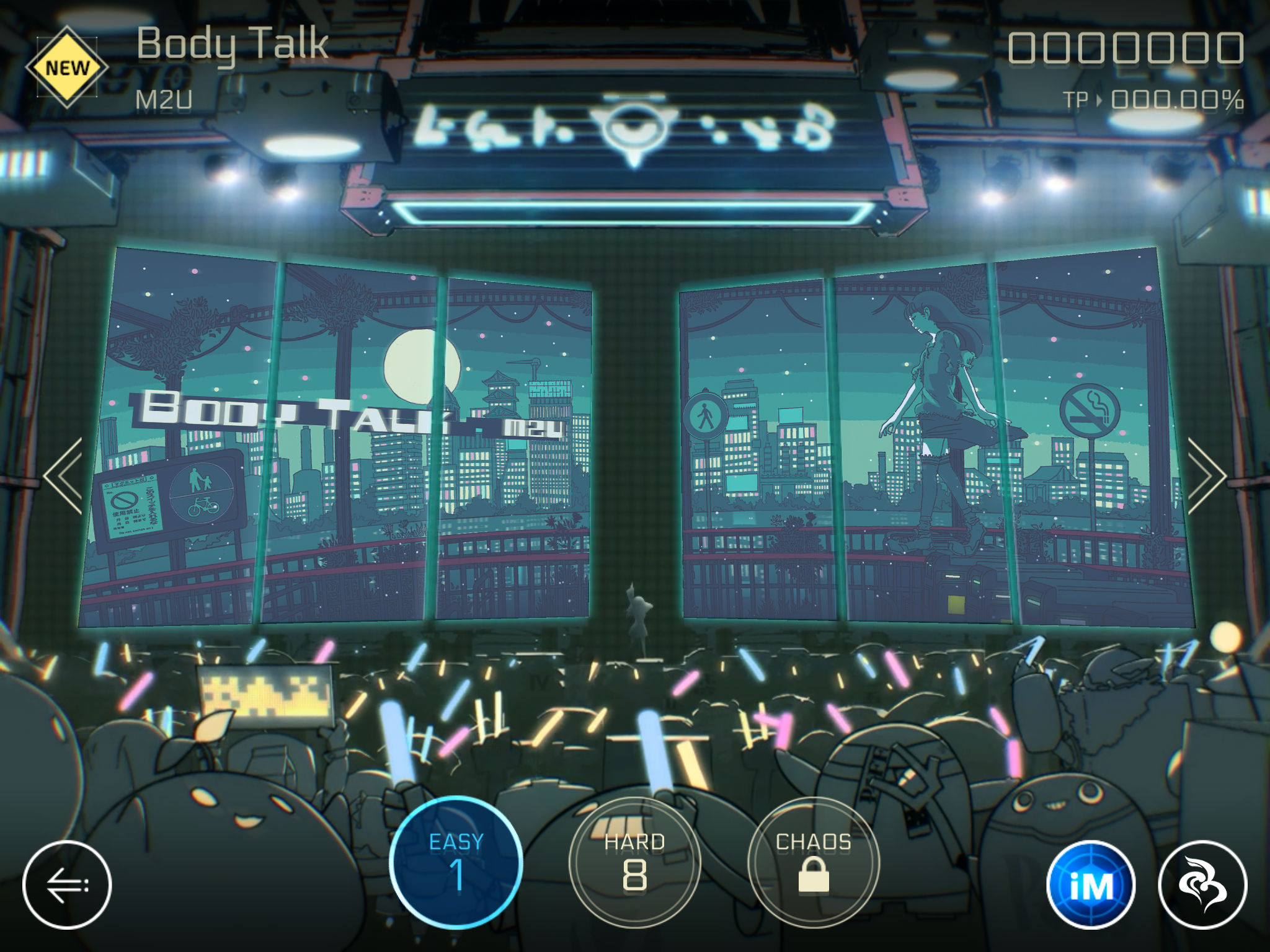 We haven’t even talked about the visuals yet, which are vastly upgraded over the first Cytus. While that game had its own style, this sequel is just all-around more polished, and everything from the gameplay animations to the story bits reinforces the overall anime-meets-cyberpunk (or whatever we’re calling it near the end of the second decade of the 21st century) aesthetic.

The only real debate comes when you consider bang for the buck. At its launch price of $1.99, Cytus II is an undeniably good value, offering plenty of entertainment and content for a couple of bucks. The DLC, however, is a lot more expensive clocking in at $9.99 per pack, offering only the equivalent of a new chapter in terms of music and story for several times the original price. It’s nice to have an immediate option to purchase more, and the new songs add even more variety to the mix of dance, EDM and K-Pop you have from the start. You can also start playing the DLC tracks right away without unlocking them within the story, but that doesn’t completely make up for the fact that a $2 game turns into a $22 game when it’s all said and done. 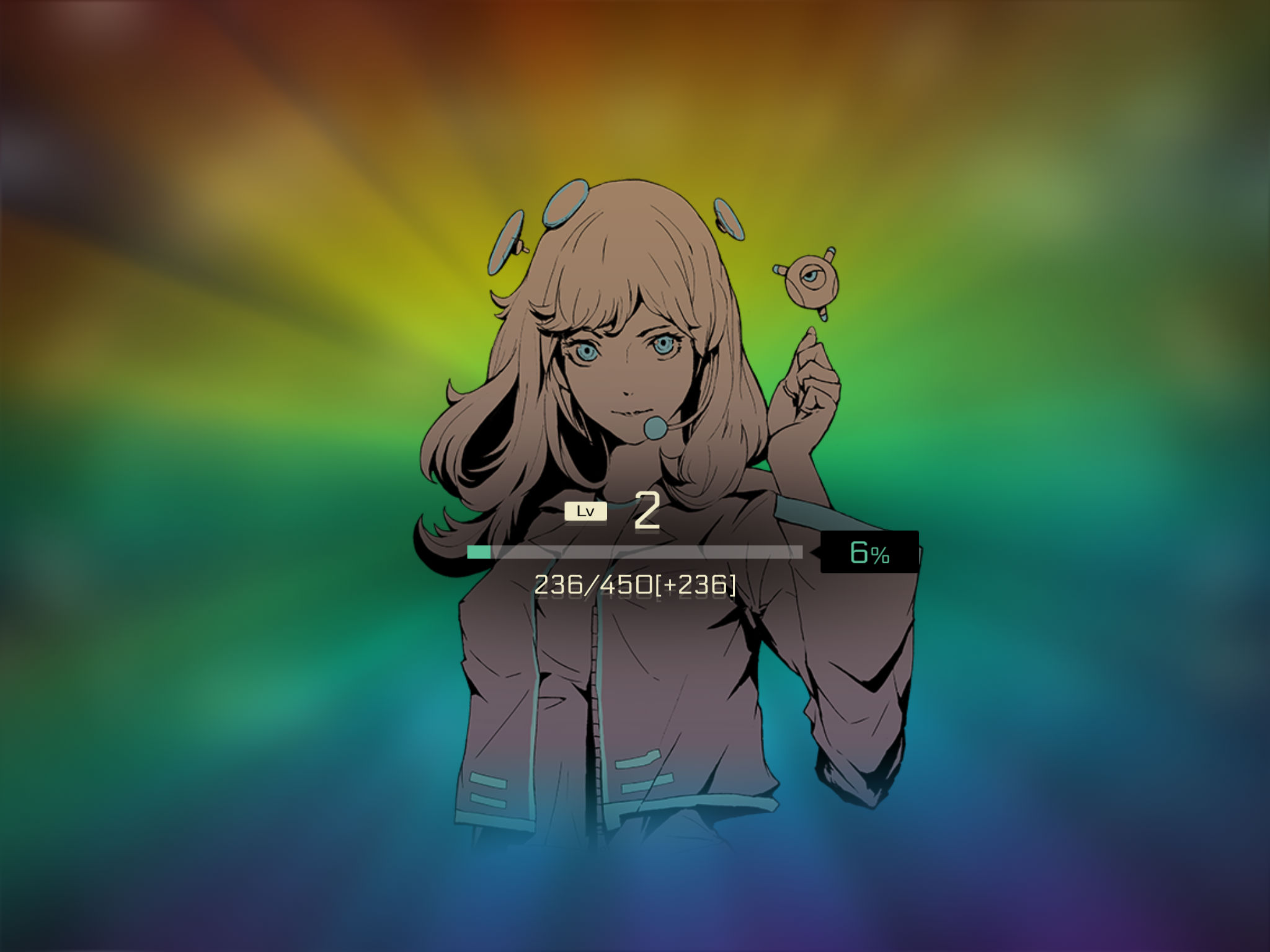 That shouldn’t stop you from purchasing the base game if rhythm games are your jam though, because Cytus II is a darn good one, building on what its makers have previously accomplished and wrapping it in a slick package. Even if you don’t surrender to its story, you just might to the music. Just be sure to limber up those fingers first, because they’re going to be moving.