You kids these days, with your augmented reality. Back in MY day we had to fake it the old-fashioned way, like in 2010’s UFO on Tape (Free) from Revolutionary Concepts. This curious little game captured our imagination back then with its clever and wholly unique concept. Basically, you play as a person riding in the back of a car, filming through the window with your smartphone. While doing so you notice a strange object flying in the sky… it’s a real-deal UFO! Your job then turns to keeping the UFO in the frame of your camera for as long as possible by physically moving your device around, with the game using the motion control abilities to spoof that experience. The “game" part is earning a high score by seeing how many seconds you can keep filming the craft before losing sight of it. Here’s the (very old) trailer to give you an idea of what UFO on Tape is like.

It was an incredibly convincing experience as the faux camera UI, the photorealistic environments, the need to actually move your device around, and your girlfriend’s excited (and sometimes pointed) comments made everything feel really authentic. The entire thing probably seems quaint compared to the crazy stuff we can do nowadays with AR, but at that time there was nothing like UFO on Tape on the App Store. The game did really well then too, even topping the charts for a while and receiving various updates well into 2013. With the 32-bit Appocalypse coming there was an update back in March to ensure the game kept living on, but this week Revolutionary Concepts has taken things a step further by updating UFO on Tape with full support for the screen of the iPhone X and they are also offering it for free for the first time ever. 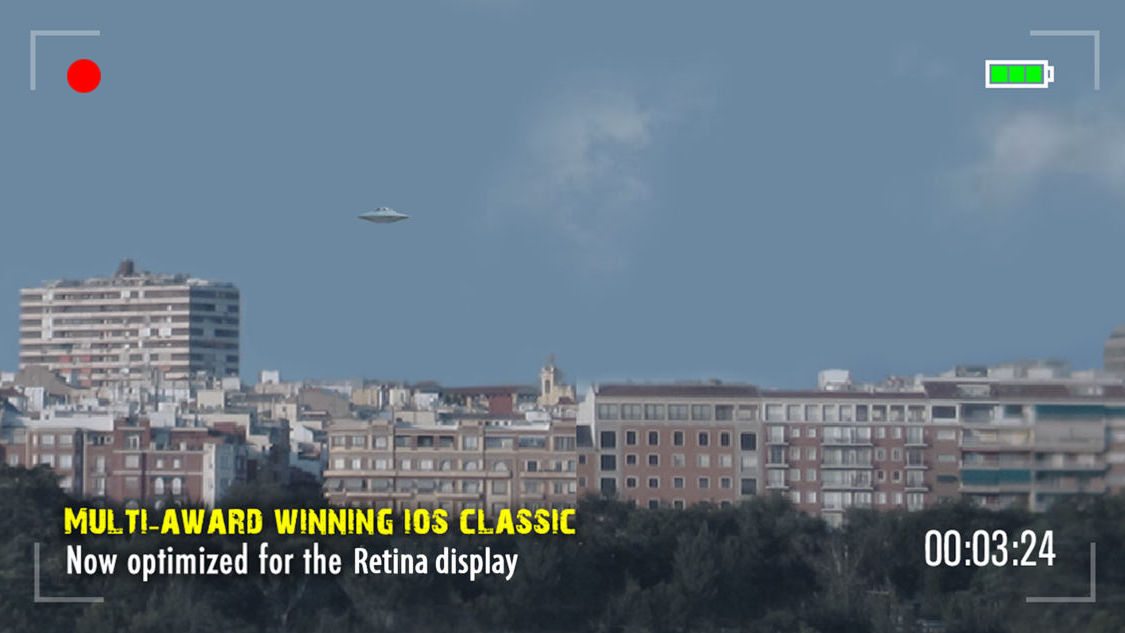 The free-ness comes with a catch: a video ad will play after each completed game session. They’re the type that you can skip after a few seconds so it’s not the end of the world, but I’d sure pay for an IAP that removed them. Heck, I’d even pay again for that IAP despite being a previous owner, UFO on Tape is just that brilliant. Advertisements aside, the game going free is a tremendous opportunity for all those people who have gotten into mobile gaming in the past several years to give one of the platform’s most unique experiences a try without risk. I hadn’t played UFO on Tape for a long time, but picking it up again to check out its new iPhone X support has caused me to fall in love with it all over again. Definitely take this opportunity to give it a look if you haven’t before.