Threes! ($5.99) hit the App Store in early 2014 and was met with universal critical acclaim. (We loved it in our review.) About a month later, Ketchapp released 2048 (Free) and the rest is history. 2048 massively surged in popularity because it was way easier than Threes! and, well, it was free. The unbelievable success of 2048 caused two things to happen: Everyone and their third cousin twice removed released their own 2048 clone which then resulted in everyone who covers video games on any level setting up email filters to automatically delete any email with “2048" in it. Anyone who was a mobile gamer in 2014 undoubtedly remembers how bad it got. Everything was either Flappy or 2048, and most, if not all of these games were just objectively bad.

It’s important to give this history lesson to put into context what happened next. A friend whose opinion I respect on these sorts of things randomly hits me up out of the blue to say he’s obsessed with a game called Dead 2048 (Free). I watch the three little dots typing indicator waiting for the punch line to what simply must be some kind of joke. Instead, an enthusiastic description followed. Puzzled, and fairly confident I was being trolled, I gave Dead 2048 a download and I honestly can’t believe what I found: A spin on 2048 that’s actually pretty interesting.

So in 2048, you slide tiles around to increment numbers to finally get to the highest tile in the game: 2048. In tower defense games you (obviously) continually upgrade towers and use those towers to kill creeps (or in this case, zombies). Dead 2048 does both at the same time. Zombies are dumped off at the top of the game board and go all the way around clockwise before taking a chunk off your health. While this is happening, you need to frantically be combining your various defenses. Instead of trying for a 2048 tile, you’re going for more and more powerful towers.

Positioning is also important, which adds another fascinating wrinkle to the whole thing. Even good towers have short ranges, so you need to manage your tower combines while making sure your strongest towers are on the outside of the board and slid against the edge so they can reach the zombies that are wandering by. Along the way you earn coins which are used to buy persistent upgrades for all your towers, and a objective system which slowly unlocks other wrinkles of complexity to the game. 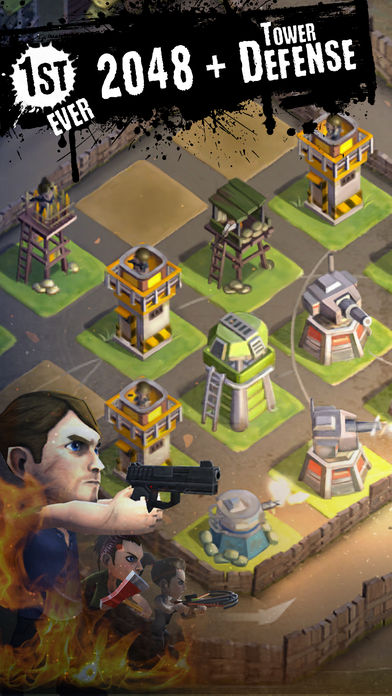 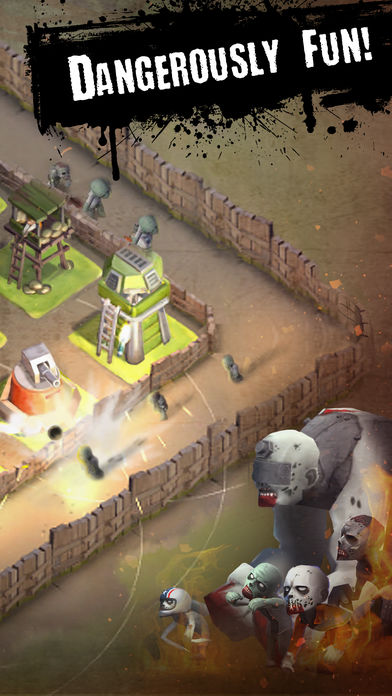 Is Dead 2048 going to change your life? Probably not, but if like me you’ve been rolling your eyes at anything with “2048" in the title for the last couple years, it’s worth reconsidering on this one. It’s actually a really neat mashup, and the game is totally free with ads that can be removed via a $1.99 IAP. (There’s also cheater power-up style IAP you can buy, but being a single player puzzle game I’m not sure why you would.) What a weird world we live in where a 2048 game is actually interesting in 2017.