While the majority of our coverage thus far at BlizzCon has centered around the Hearthstone (Free) Kobolds and Caverns Expansion, as well as the pretty awesome new single player Dungeon Run mode that will debut with the expansion, there were plenty of other interesting things that were announced during the opening ceremony and subsequent panels. Stay awhile and listen as we provide a quick summary as to what else is happening in the world of Blizzard. 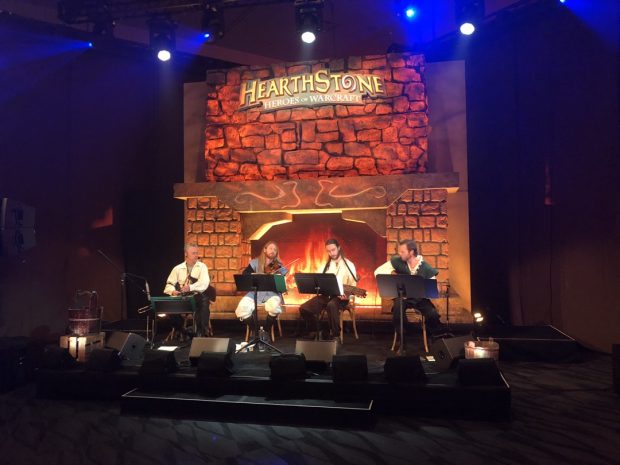 Typically, each BlizzCon sees an announcement of iterative improvement (usually via a new character or stage announcement) for most of the games with one significant update to one of its titles to act as the buoy for the majority of the convention. For BlizzCon 2017, World of Warcraft took that mantle with the announcement of the Battle for Azeroth expansion, which adds the requisite increase in level cap, as well as new areas and enemies to battle. True, the Kobolds and Caverns expansion would also qualify for a significant increase to Hearthstone, but the new content cycle for Blizzard’s card game means that each subsequent Adventure and Expansion don’t quite have the punch that a WoW expansion does.

Despite the announcement of a new expansion for Blizzard’s long running MMO, the general response was fairly modest. Battle’s new Allied Races feature was probably the coolest thing that I saw out of the expansion and even that is just an excuse to run through old content again. While the rest of the announced changes are welcome improvements, a lot of it could be classified as iterative improvement.

While it may seem like I’m complaining about the relatively small, but welcome updates to Blizzard’s games, I’m really not. There’s no other company that does a job as great as Blizzard when it comes to improving their games to keep content fresh and keep the players playing. However, at least from our standpoint with rumors of a potential new mobile game prior to BlizzCon, from a mobile perspective it was as little disappointing. 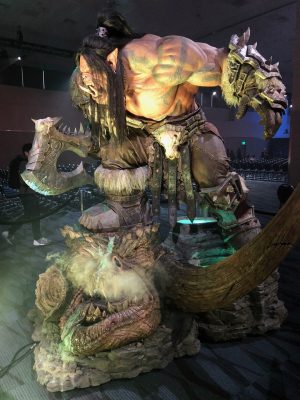 A Celebration and Return To Its Roots

One theme that was apparent through the majority of the game updates announced at BlizzCon was a return to platforms and concepts that made their games, and Blizzard in general, successful. The announcement of World of Warcraft Classic Edition made many a classic MMO player simultaneously cry out both in joy and sorrow. In talking about its announcement, Blizzard made it known that one of the key aspects of Kobolds and Caverns was to offer a return to the classic fantasy themes that made Hearthstone and WoW so successful in the first place. The same goes for Battle for Azeroth, which takes players back to that eternal battle of Horde versus Alliance and puts it squarely as the main storyline for the expansion.

All of this culminated in the announcement of Blizzard World for Overwatch. Sure, Blizzard World is just one of a number of arenas for Overwatch, but I think for a lot of players it means so much more. The Blizzard World map is, in its simplest terms, a celebration of everything Blizzard has created as well as a fond nostalgia trip for every Blizzard fan that has taken a trip through all of Blizzard’s games. I had an opportunity to just explore the map without any other allies or enemies and it was just truly amazing to see how much effort and detail went into each nook and cranny of the place. It also made me think about how cool a Blizzard theme park could actually be, an idea that Blizzard probably thought about themselves based on the beautiful theme park print that they sold at the BlizzCon Gear store. 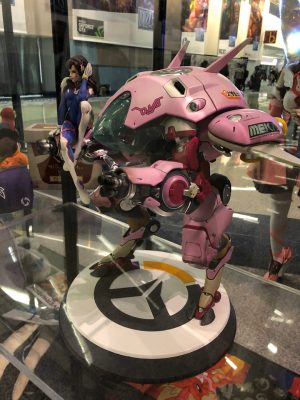 Accessibility for All
A final theme that was apparent through most of the updates announced at BlizzCon was a renewed emphasis on having each game as accessible as possible for as many players as possible. Battle for Azeroth takes the previous expansion’s dynamic leveling system for each fo the regions and has expanded it to the entire game. Now, new players (or those leveling up those new faction races) have even more options for how to level their players through each of the regions. Kobolds and Caverns attempts to make single player oriented players even more welcome with the awesome Dungeon Run mode that doesn’t even require a strong deck in order to play.

This theme was most encapsulated by the move of StarCraft 2 to free-to-play. Now, everyone can download and play the first campaign of StarCraft 2 for free, which also includes full access to the game’s multiplayer modes (including Co-op). While this decision also brings some more emphasis on StarCraft 2’s IAP for various multiplayer heroes, making the initial purchase free is sure to bring in a lot of players that were curious about StarCraft 2 but didn’t want to make that initial investment to really check it out.

Blizzard knows what they’re doing when it comes to appealing to as many of their fans as possible, and these general themes truly do encapsulate the entire gamut of gamers. It’s also one of the things that I’ve always enjoyed about Blizzard and their love for their fans. In addition to the requisite announcements across most of their games, it’s simply just fun to be around the community. Fans that come to BlizzCon really live the experience and the enthusiasm is pretty apparent throughout the convention. This enjoyment is truly encapsulated by Blizzard’s attention to eSports, which is always a large draw at each BlizzCon and becomes a more polished and exciting experience with each new year. In an industry where too many developers seem to make a game primarily in the hope of taking a piece of the eSports slice, Blizzard always seemed to do it right with focusing on the fun before the competition.

That about covers it from BlizzCon 2017. With more info to come on Hearthstone’s Kobolds and Caverns, rest assured we’ll keeping an eye out on new developments from Blizzard.