Nestled along the side wall of the PAX show floor were the developers of Tunnels & Trolls Adventures (Free), a set of game books that were recently released on the App Store. Through all the hustle and bustle of preparing for PAX, I actually hadn’t had a chance to even try the game yet, but I’m super glad I sat down and gave it a spin. The initial release is a collection of individual gamebooks inside of one free to try app which are all focused around the Tunnels & Trolls IP, which is close to as retro as it gets when it comes to these sorts of things. The framework all these gamebooks live inside of is super cool, with 3D dice that roll across the screen and total stat and inventory management so all you need to do is make the various decisions you’ll come across and roll dice to make it through each story. 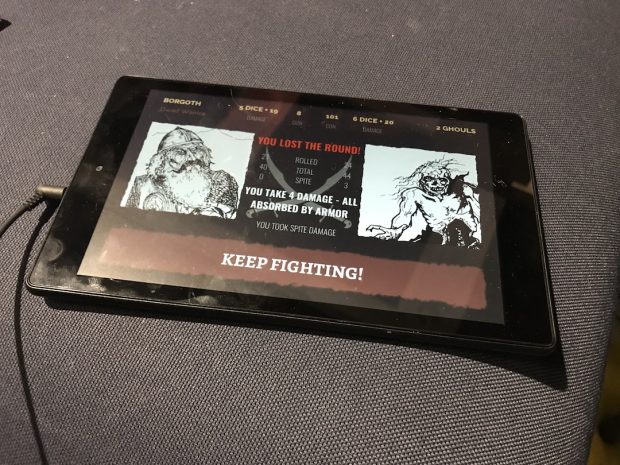 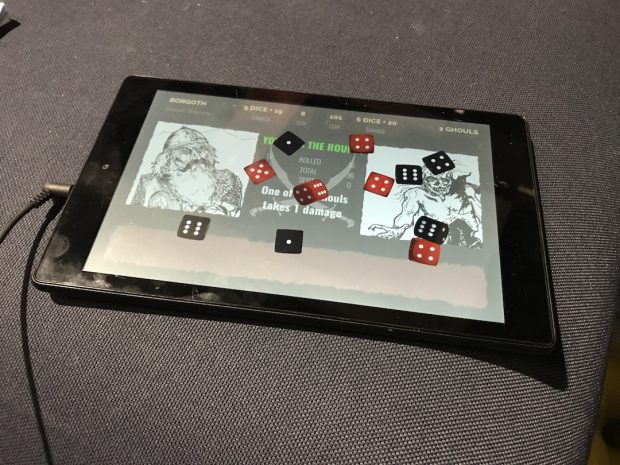 Cooler yet is their plans for the future. We got a chance to check out the editor that the developers use to craft these stories, which they’re working on releasing to the world to create their own stories. It’s surprising how easy it was to create your own interactive gamebook, as they use an interface that’s very similar to Twine which requires absolutely no programming knowledge to use.

If you haven’t checked out Tunnels & Trolls Adventures yet, it’s worth a look, particularly considering that this all feels like a tease for their grand plans of having massive libraries of user generated content for people to play through.