Asmodee Digital has been on a mission to bring, you know, pretty much all of the tabletop games to digital, and most importantly for us, to mobile. This year alone they’ve published excellent solitaire-style card game Onirim (Free), the equally entertaining trading classic Jaipur ($3.99), and multiplayer stalwarts Mysterium ($3.99), and Potion Explosion ($3.99), among others. Naturally they were at Gen Con, the massive gaming convention all about what’s hot and what’s coming in both tabletop and digital gaming, and revealed quite the lineup of titles to come. 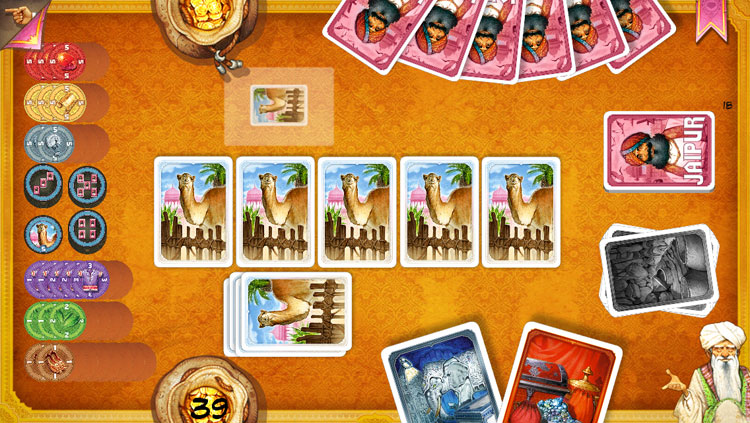 Coming in the third quarter of 2017 is Ticket to Ride: First Journey by Days of Wonder. The game is meant to introduce younger players to the joys of train-based gaming. It’s always good to get them hooked early. Fourth quarter will bring long-awaited faction-based card game Smash Up to mobile, as well as Catan Stories—a replacement for 32-bit only Catan games that will soon fall to the wayside with iOS 11. The French card game Mille Bornes is all about a hazardous road trip, and also coming later this year.

There’s even more under development and, presumably, on tap for 2018. Speaking of hazards, Zombicide, a post-apocalyptic survival game with, you know, zombies is on its way to digital. As are a couple of the most popular (and heavy) board games without a digital presence Scythe—a game of farming and war set in 1920s Europe—and Terraforming Mars, set 500 years later and based on the race to colonize Mars. Gloom, a game about visiting tragedy upon a weird family, is also on its way.

If you’re a tabletop gaming fan who likes to see popular options make it to mobile, it looks like the feast of options will continue unabated. We’ll definitely bring you the skinny as these games hit testing and launch.