A node is a point at which lines come together or branch. It also drives the gameplay of new puzzle game noded (Free) by Pixel Envision Limited. In noded you’re presented with a series of lines and nodes in a particular shape and given a target shape to replicate. You tap on the nodes to flip their associated lines in another direction and must figure out the right series of moves to morph into the correct final shape. The goal is to complete this transformation in as few moves as possible.

The concept is simple enough, and I breezed through the first few levels with just a little experimentation before going through my final “scoring" run. It felt fast and fun and a key strategy I tried to employ was to work my way back from the acute angles in the target shape and figure out from where lines and nodes would have to swing to get to those final resting spots. 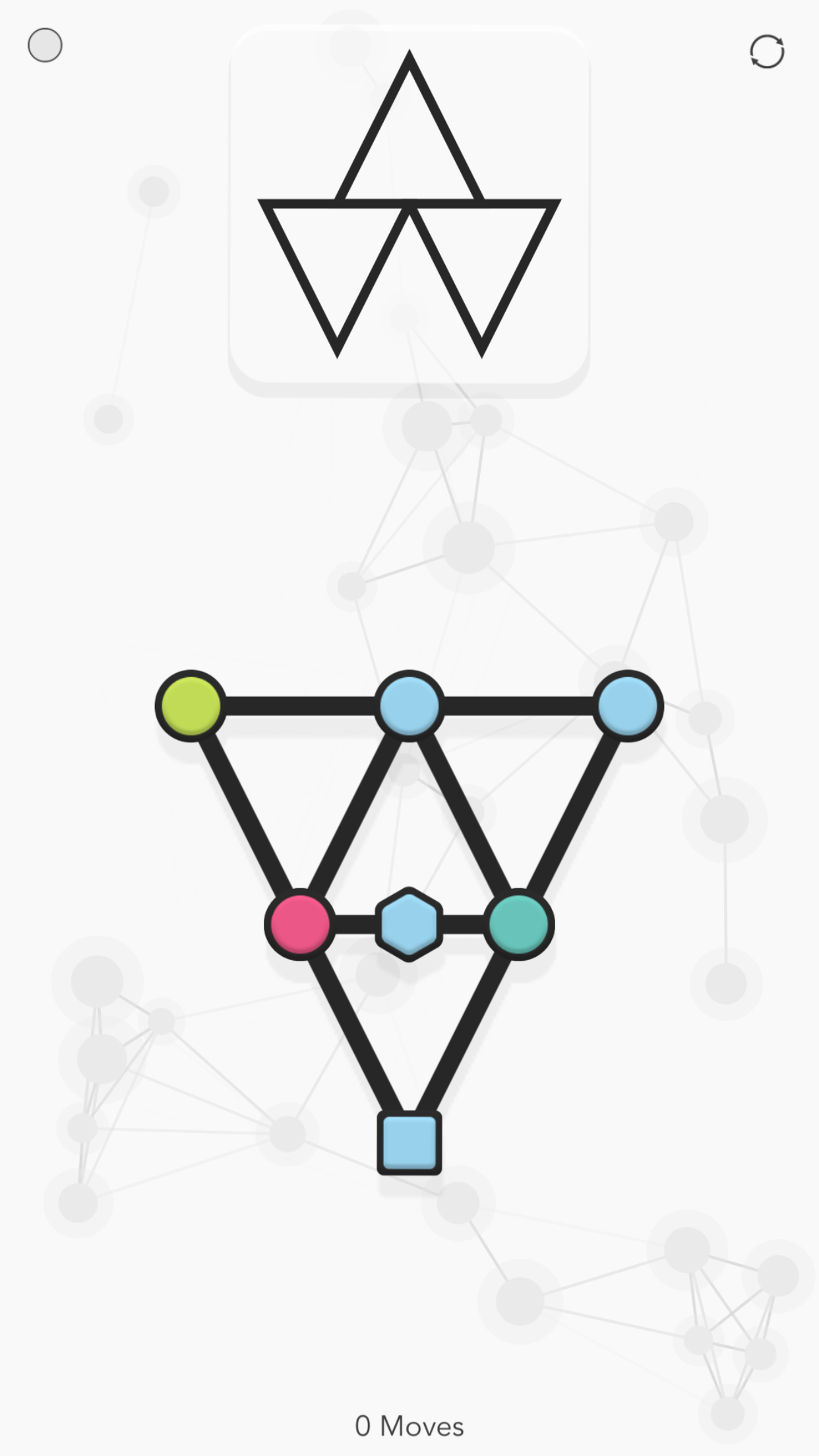 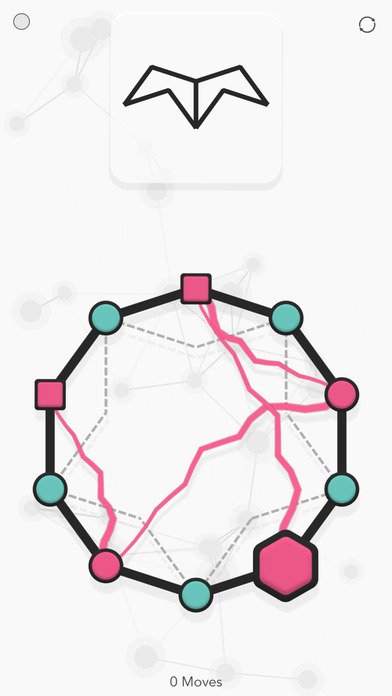 This worked at first, but as the target shapes became more complicated and mechanics ramped up the game changed for me. I found myself unable to properly visualize the moves necessary to solve the puzzle and was left with a lot of trial and error (read: groping for a clue) to complete levels. I found it particularly difficult when nodes overlapped making unscrambling things tough to do without a great many unsuccessful attempts. In most cases I gave up on finding the optimal solution and just played the game as a “pass/fail," so to speak.

On the upside, noded is very attractive and I’m really drawn to its simple and clean graphical design. The musical accompaniment is also pleasing and worth keeping on if you enjoy a bit of a soundtrack while you play. The game also offers plenty of bang for your buck, with 80 levels to play through.

I struggled with this game, despite being attracted to it. Your mileage may vary, of course, but I wonder if the concept is just a little too abstract for the average puzzle player. If geometric puzzle games are your thing—or you’re a big-time puzzle aficionado looking for a challenge—noded will provide you with plenty of challenging levels for a very low price. Make sure to also swing by our forums and leave your impressions there.