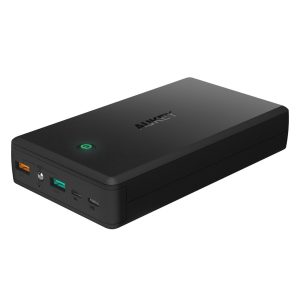 If you don’t have a high-capacity external battery yet for your mobile devices, it’s easily one of the best accessories you can buy- Particularly if you play a lot of iOS games or do anything else that has you scrambling for an outlet mid-day to save your phone from dying. I’ve got a ton of them, not only because they’re useful, but because it seems like the battery market is constantly evolving with new features that always seem worth having. Today’s advancement comes from the $59.99 (as of this writing) Aukey PB-T11, which is a 30,000 mAh battery that can be charged with the same Lightning cable you use to charge your iOS device.

I’m always trying to carry around less junk, but it seems like whenever I head out somewhere I’m bringing along a variety of Lightning and micro USB cables. The PB-T11 gets me one step closer to only needing to carry around a couple Lightning cables, which from a minimalist organizational standpoint, really gets my engine running. 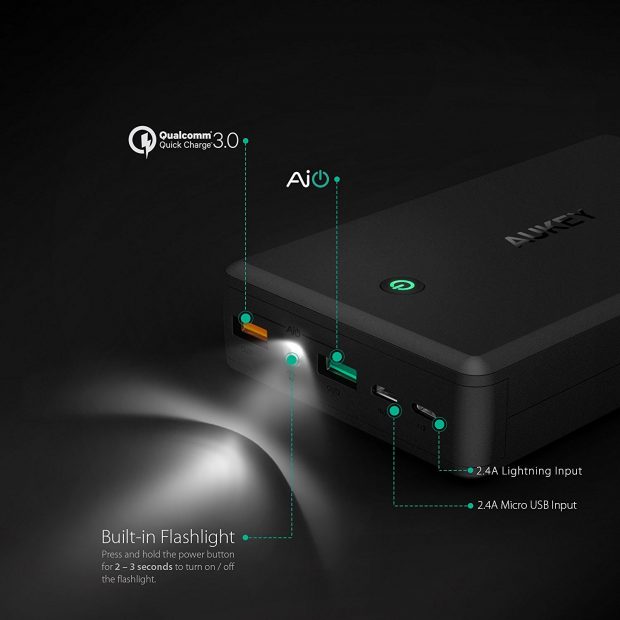 Another “benefit" this battery has over my typical load out of other batteries is an onboard LED flashlight. In every day use, I have no idea how useful this sort of thing will actually be, but I also never would have expected just how much I find myself using the LED flash of my iPhone as a flashlight either. If nothing else, it seems like 30,000 mAh of onboard power should be able to power a single LED light for substantially longer than anyone would realistically ever need a flashlight.

Really the only thing I’m not digging about the PB-T11 is the way it tells you how much charge is left in the battery. While Anker batteries have a ring of dots that show you exactly how much is left and Imuto batteries display an actual percentage, Aukey batteries like the PB-T11 only have an LED that changes from white to green to red depending on how much juice is left. 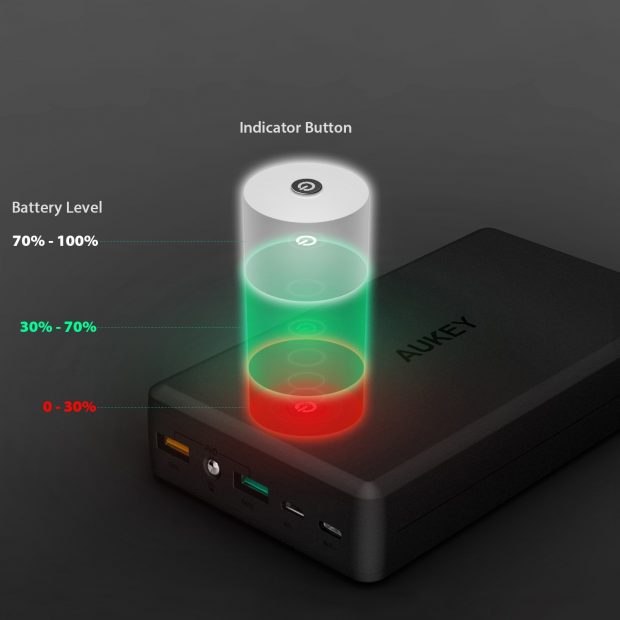 There’s still no perfect, one size fits all external battery I’ve seen yet, but I like what the Aukey PB-T11 does different as the ability to charge over Lightning is really cool- Particularly as more and more iOS accessories shift towards using Lightning to charge as well. Aukey plans on releasing more batteries that charge over Lightning, and I hope that one of them is a lower capacity, pocket-sized battery. These 30,000 mAh power banks hold a lot of juice, and as such, are large enough that they basically need to live inside of some kind of bag.

But, hey, whatever, I’ll keep collecting batteries until someone makes the battery of my dreams: Something that’s the size of a deck of cards, that charges over lightning, can recharge itself with an onboard solar panel, has USB-PD to charge my Switch, and holds enough power to charge a Switch, iPhone, and iPad multiple times. I’ve got batteries that will do one or two of those things, but not all of ’em. *sigh* Some day.