Rumors have been circling for quite a while now that the next Hearthstone (Free) expansion is going to have something to do with the World of Warcraft expansion Wrath of the Lich King… Which turned out to be pretty close. Originally leaking on a Chinese Hearthstone site this morning, and then officially revealed by Blizzard moments ago, the next expansion is titled Knights of the Frozen Throne. Ben Brode and Jason Chayes blow the roof off the whole thing with this reveal video:

Among my (many) favorite things about Hearthstone is how the team behind the game always seem to manage to take things the community have either been asking for or speculating about and implement them in ways that make unbelievable amounts of sense. In this particular instance, since the earliest days of Hearthstone, folks have been asking for more classes as the World of Warcraft universe has expanded beyond the nine base classes the MMORPG originally launched with.

Death Knights are among the most often requested classes, but when you think about it, simply adding a tenth class to the game would be an unbelievable undertaking- Particularly with the way that deck building and class cards work in the game. If Death Knights were just introduced as a new class, how would they even work with previous expansions having no Death Knight cards in them? Many solutions have been proposed by the community, but most (all?) of them likely would never work in practice. 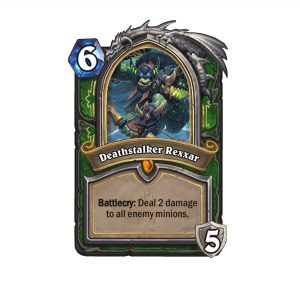 The way Blizzard got around this, and managed to introduce Death Knights into the game without upsetting the balance of the entirety of Hearthstone is by adding an entirely new card type: Hero cards. They work sort of like Lord Jaraxxus and when they’re played they both replace your hero and your hero power with an undead equivalent. The one example that has been provided so far is the Hunter hero card Deathstalker Rexxar. It costs six mana to play, and in the process you gain five armor, two damage enemy minions, and a whole new hero power: Build-A-Beast.

Build-A-Beast allows you to pay two mana to create a totally new beast, with the stats and card text of two beasts quite literally stitched together. It seems like it could be incredibly powerful, blending an ability that feels a bit like Kazakus creating a potion with the Hunter theme of loading your deck with beasts. It really makes you wonder what other powers other Death Knight Hero cards will have, as Build-A-Beast seems really out there. 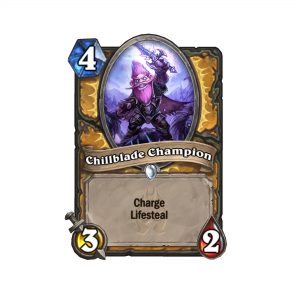 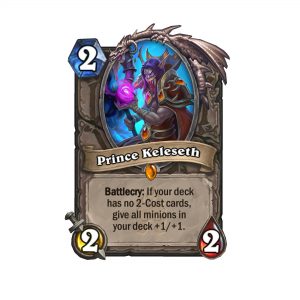 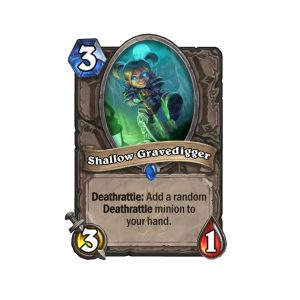 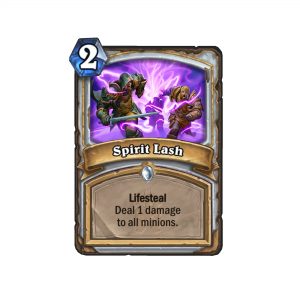 Additionally, of the new cards revealed today, Death Knight-y themes continue with strong emphasis on Deathrattle as well as a new keyword: Lifesteal. Cards with this keyword heal your hero when they do damage, potentially resulting in massive swings in health between players. Historically, this effect has largely been limited to the Warlock class, and it will be interesting to see what kind of crazy decks people come up with utilizing Lifesteal with the strengths of other classes.

You can see these cards in action in the following video provided to us by Blizzard:

Like previous expansions, there is a preorder offer where you can get a ton of packs and unlock an exclusive card back. This seems like a far better value than previous preorder offers, particularly with the changes Blizzard has made to opening packs: You will no longer get duplicate legendaries, and you’ll also no longer get more of any one card than you can use in a deck. This should mean your bundle of packs you buy should give you a way more even distribution of new cards compared to previous expansions where people (myself included) were cursed by the RNG gods and left opening multiple copies of the same junky legendaries.

Knights of the Frozen Throne launches next month, and this is going to be the first expansion that comes packed with free adventure content which pits players up against various bosses from WoW’s Icecrown Citadel, eventually facing up against Arthas himself. I’m super excited, as Hearthstone is really only getting better over the years. Also, if you want to make some extra gold to buy new packs when the expansion does hit, be sure to participate in this week’s Tavern Brawl. You’ll get double gold from quests for doing so.

Now… To begin the long wait until August, and prepare for the inevitable drip feed of information from Blizzard as they drizzle out new card reveals to the community before then!