Channel 4 is behind one of my favorite TV shows, The Island with Bear Grylls, along with loads of other ultra-trashy reality TV and game shows. For instance, Channel 4’s Naked Attraction is a dating show where people choose who to go out with based on critiquing their naked body. Yes, for real. In the world of iOS, their games are just as varied as their TV programming, ranging from really cool gamer-y games like Super Arc Light ($1.99) to today’s release of Evil Island (Free), which is something like Clash of Clans (Free) meets Evil Genius. (Evil Genius, interestingly enough, had a freemium mobile port which now seems defunct?) 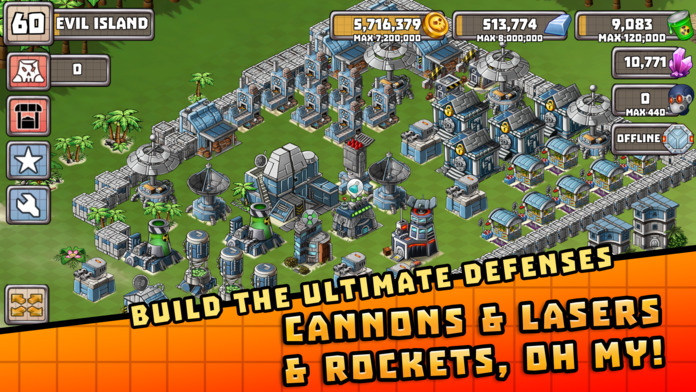 I know it might be a little difficult to get excited for another free to play base builder, but I’m always willing to give Channel 4 stuff a try. They’re another publisher that reminds me a lot of Adult Swim, in that I might not personally enjoy absolutely everything they release, but I know they put out good quality stuff that’s at least worth checking. So, hey, if you’re looking for a builder and love the theme of evil super geniuses powering the whole thing, give Evil Island a look.