Star Realms (Free) is a great deck building game that has a pretty loyal following. When the game came to mobile, its UI design wasn’t the best—as we noted in our review—and overall it didn’t look as good as the game deserved. Even though the game has been out since 2014, the developers decided to release an update today that overhauls the game’s look as well as adds real-time gameplay and the Colony Wars expansion. The new interface is based on player feedback and should look much better, and there’s even new music. In addition to the UI changes, there have been other changes like increased security, with every move logged with the server now. 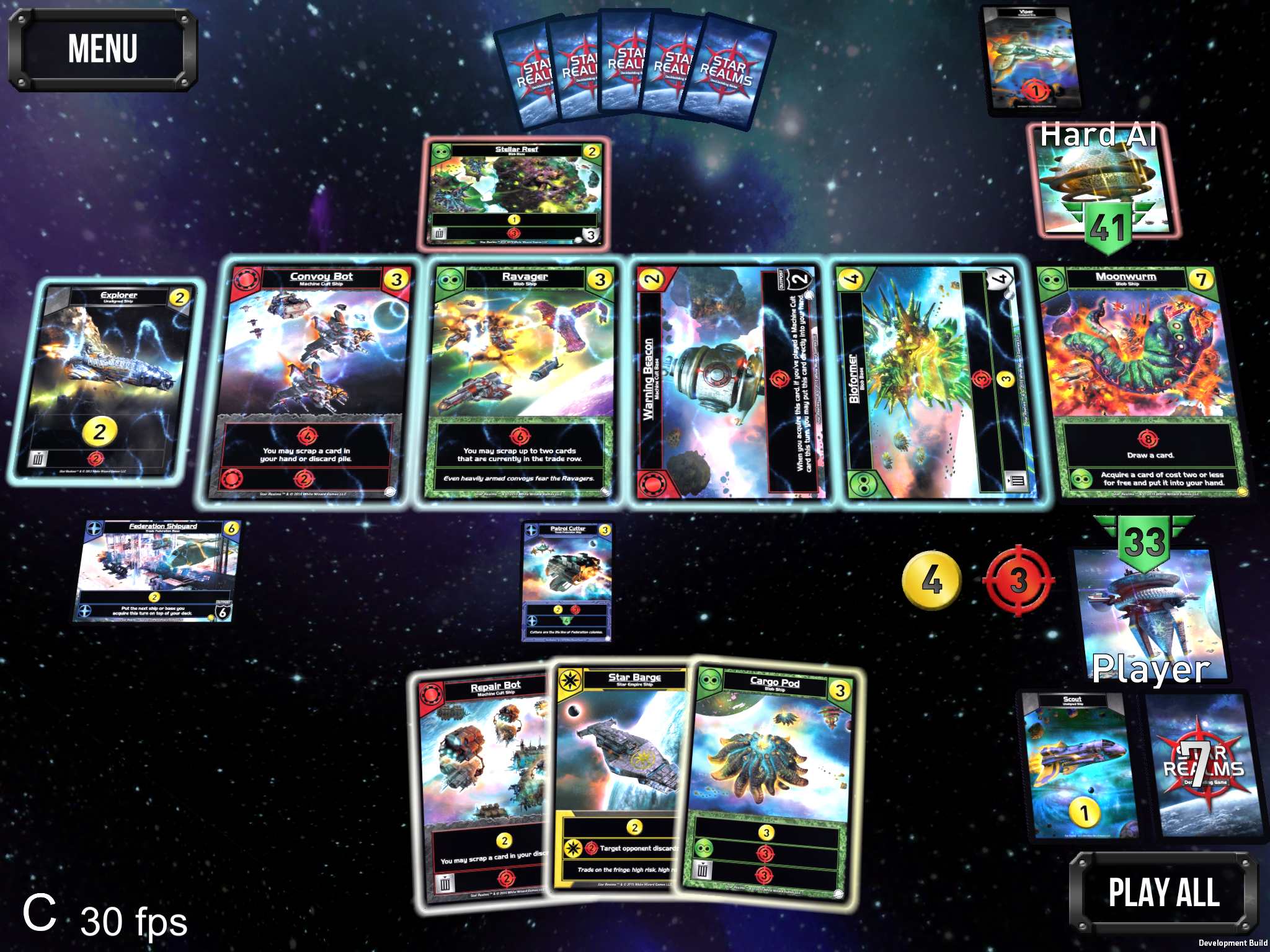 The other big addition is real-time games, with every turn giving you 45 seconds on your clock plus half the time you had from last turn, which means you will have between 60-90 seconds each turn. And finally, the new update adds the Colony Wars expansion, which brings 43 new cards that include new mechanics. You can get the expansion from the in-game store for $4.99. I’m glad to see one of the best deck building game’s on the App Store get the UI it deserves. The update is live now, so go check it out.