Back in February some very vague details surrounding a new Pokemon mobile game were announced, and it appeared that the new game would be called Splash! Magikarp and would be… celebrating how utterly useless this particular Pokemon is? Well, as strange as that sounded then, that actually seems to be the case as that game, officially titled Pokemon: Magikarp Jump, has soft-launched in the Italian App Store. Yes, the Italian App Store. I think developers are getting hip to all of us soft-launch enthusiasts and keep putting games up in App Store regions where I don’t have an account yet. It’s easy enough to make one, but… eh. Anyway, here’s some of the App Store screens of Magikarp Jump. 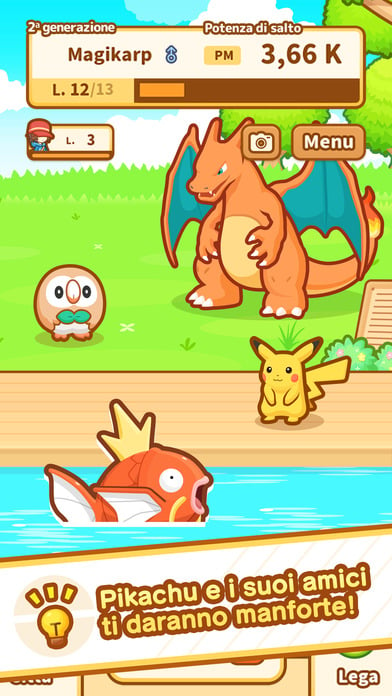 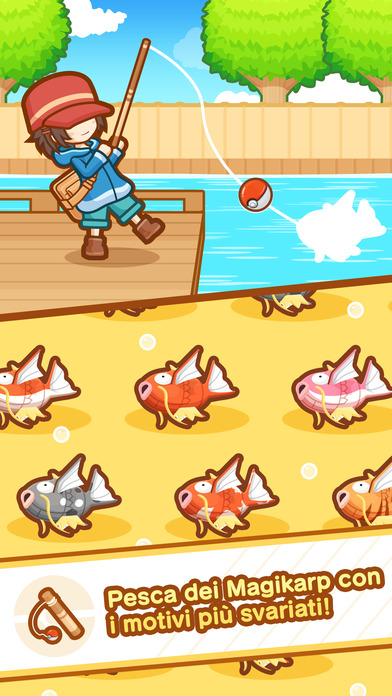 Thanks to a dodgy Google translation of the App Description, it appears Pokemon: Magikarp Jump is a pet simulator type of game where you’ll be able to collect, feed, train, and grow your very own fleet of Magikarp. It sounds like there are many different styles and colors of Magikarp from common to very rare, so you can bet the developers are hoping you’ll feel the need to catch ’em all. You’ll also be able to create your own aquarium to decorate and house them in, and other famous Pokemon will make guest appearances to help you out along the way. No word on any sort of worldwide release, but if you’re keen on checking out Pokemon: Magikarp Jump and have access to an Italian iTunes Account, you can grab it with the link below and share you thoughts about it in our forums.