Gameloft’s Modern Combat Versus soft launched, but only in the Philippines and as a region-locked game. If you downloaded the soft launch version and are playing it right now, you should join our Discord server, where we’ve opened up #modern_combat_versus, a channel where you can discuss the game with other players. Need to get a game going, discuss tactics, or just want to bond over some cool stuff? This is the place for you! It’s worth noting that with the debut of the soft launch, you not only need to have access to the game, but you also need a VPN to play the game since it is region-locked. We’re going to explain how to use a VPN to play the game right away, and how to download it if you don’t know how to download soft launch games.

How to play with a VPN

Using a VPN (Virtual Private Network) sounds scary, but iOS makes it extremely pain-free to use one. What you’re going to need is a VPN that has a server located in the Philippines so that you can appear as if you’re in the region so the servers will let you play the game. This does work, but do note that performance is going to be impacted on the fact that you’re connecting to the game from overseas if you’re connecting via VPN. As well, you often get what you pay for with VPNs, as free VPNs can be slow because, well, people like free things. Paid VPN services do exist, and you might want to consider one if playing region-locked soft launches is of interest to you. Be sure to check out our #modern_combat_versus room where people are sharing VPN recommendations. As well, sound off in the comments if you have any VPN recommendations.

But for the purposes of this guide, we’re going to use a VPN app that’s good enough for Modern Combat Versus, in Free VPN by Cloudwall . All you need to do is to download the app, choose the Philippines server, and hit Connect. The first time you do this, it will prompt you to “Allow" the VPN connection, and take you to Settings where you will have to put in your passcode or Touch ID to approve the VPN profile installation. Once you do this, Cloudwall will connect. All you need to do now is to launch Modern Combat Versus and you can go through the tutorial and play the game for yourself. 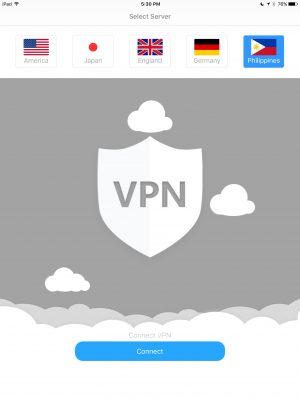 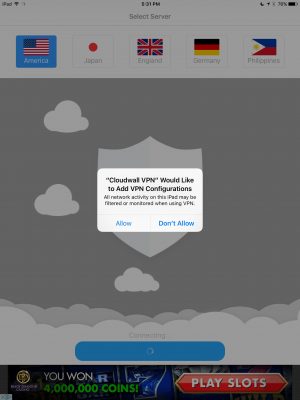 So, you want to download Modern Combat Versus, but don’t know how? We often talk about soft launched games here on TouchArcade (and if you enjoy our coverage, your support is most welcome). While getting soft launched games in a country you don’t reside in isn’t necessarily easy, it’s not that difficult to do, you just have to know where you’re looking and what to do. Here’s how to register an iTunes account in the Philippines for the Modern Combat Versus soft launch.

The first step is that you’ll have an easier time doing this from desktop iTunes. This process isn’t impossible from iOS, and it has been possible to just change the country on your account, but doing so from a computer with mouse and keyboard, along with creating a new account, is the easiest and most non-destructive way to get access to other iTunes stores.

Start by signing out of your account. Go into the App Store on iTunes, and scroll all the way to the bottom to where you see the country flag, or the “Change Country" link. Click that, and now select the country that you want to sign up in, which in this case is the Philippines. I recommend repeating this process for countries like Canada, Australia, New Zealand, and Singapore, as these countries regularly get soft-launched games as well.

Now, go and download a free app. Ideally, it’d be Modern Combat Versus, but any free app will work. Once you do this, it’ll prompt you to sign in to the iTunes Store. Choose “Create Apple ID." You’ll want to make sure that you download a free app. You can’t just register a new account outright as you’ll have to put in a credit card number, and well, if you had that, you wouldn’t be reading this article, now would you?

For the email address, what I recommend doing is if you have a Gmail address, to use + and something to signify the country that the email is for. So, for example, use [email protected] for a Philippines account. This way, the emails still get sent to your inbox, but it will function differently than your current Apple ID. If your email provider doesn’t support the + function, or if that’s too complicated, create a burner email somewhere to use as your alt Apple ID. 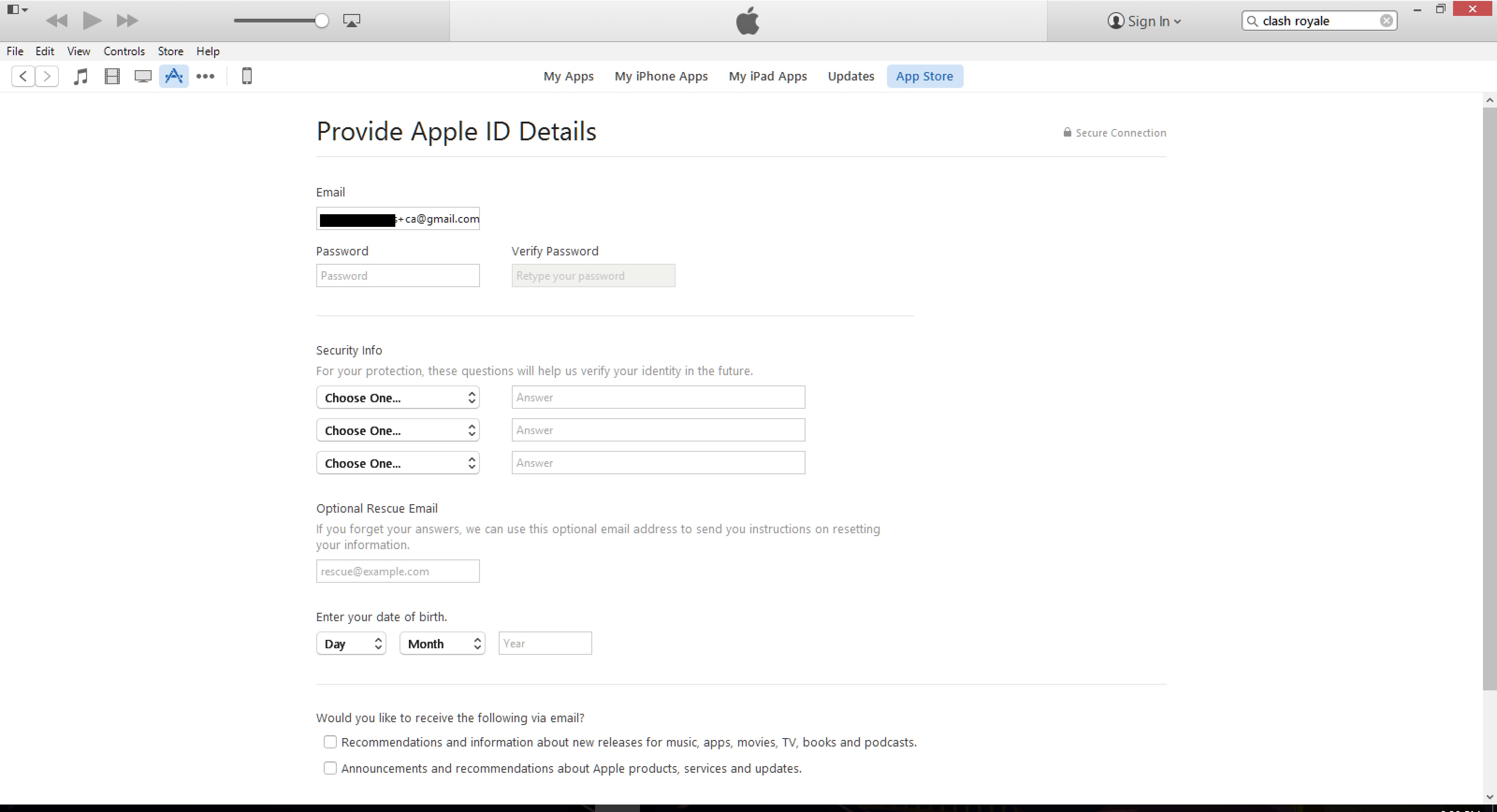 Obviously for payment method, choose none. For the personal information including billing address, you’ll need some sort of quasi-usable address in the country you’re signing up in. Personally, I like to use a fake name generator website for coming up with usable addresses and info. Fill that out, and hit Create Apple ID. You’ll need to verify your Apple ID, but once you do, it should be usable. Now you can sign in with it on your device.

To switch Apple IDs, scroll to the bottom of the App Store, tap the Apple ID section, and choose Sign Out. Then, sign back in with your new Apple ID. The App Store will automatically switch you to your Apple ID’s App Store. From there, you can download whatever free apps you want to that account. 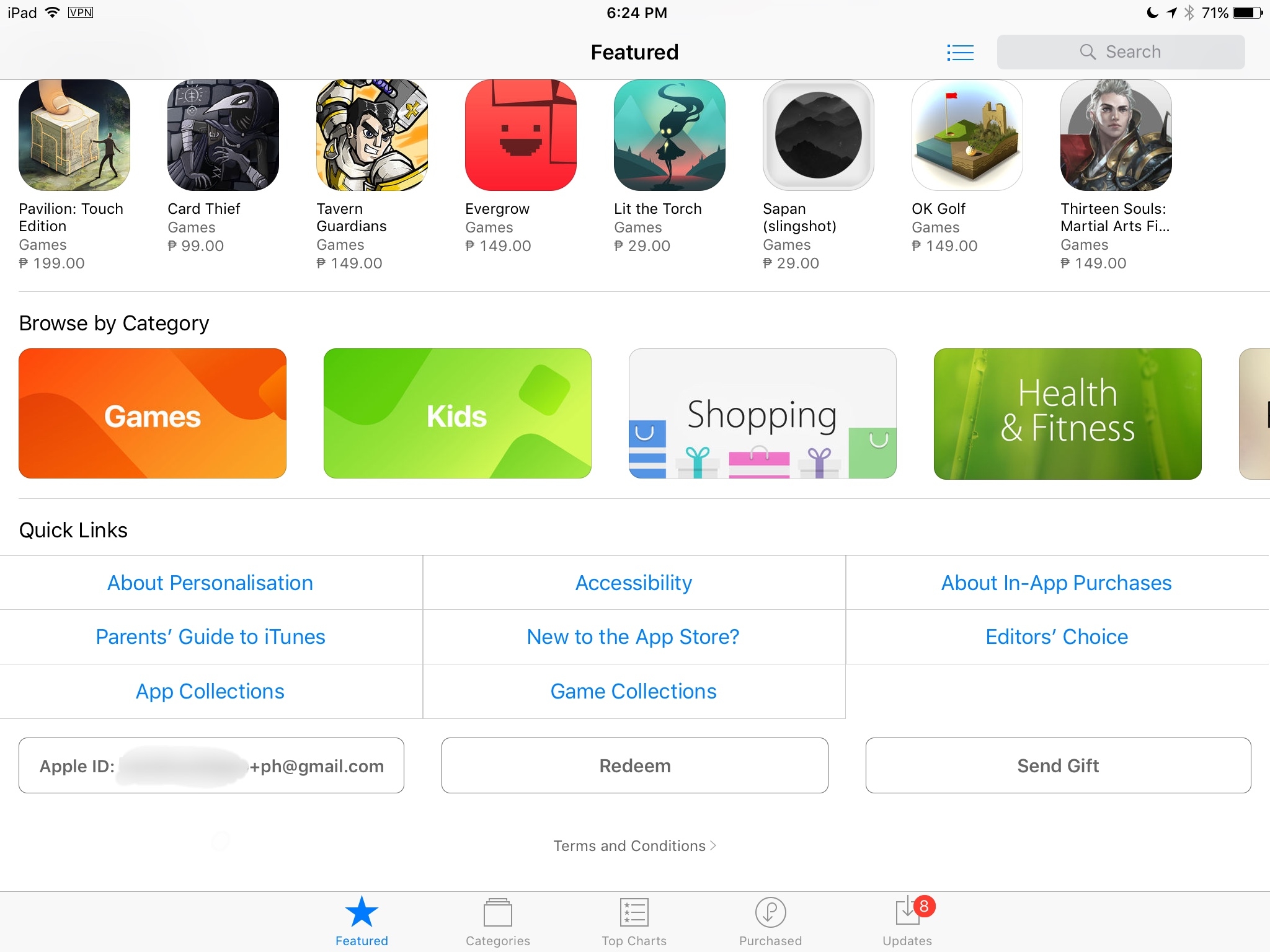 Do note that you can’t necessarily buy anything from this account without some form of payment method attached. You could get someone to give you a gift card from the Philippines of course, or possibly buy the country’s iTunes gift card off of eBay. What you can’t do is buy IAP in the app from your home account; Apple requires that you be signed in to the account that you bought the app on to buy IAP in it. There’s not really an easy way around this, so you’ll just have to play free games for free unless you find a hookup. Otherwise, you’ll see a screen like this: 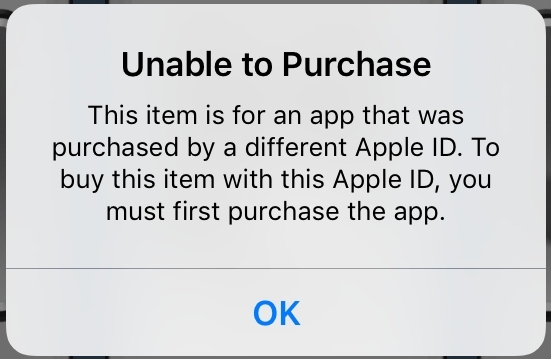 Note that if Gameloft releases an update, the App Store won’t automatically update the game, it’ll usually just make you sign in with the password of your alternate country’s account for the update to download. And when you sign in with your other account, the store will switch automatically to the account’s country. Also, be sure to sign into an account in-game so that you don’t lose progress when the game comes out in your country. You’ll need to delete and re-install on your primary account so that you can make purchases. 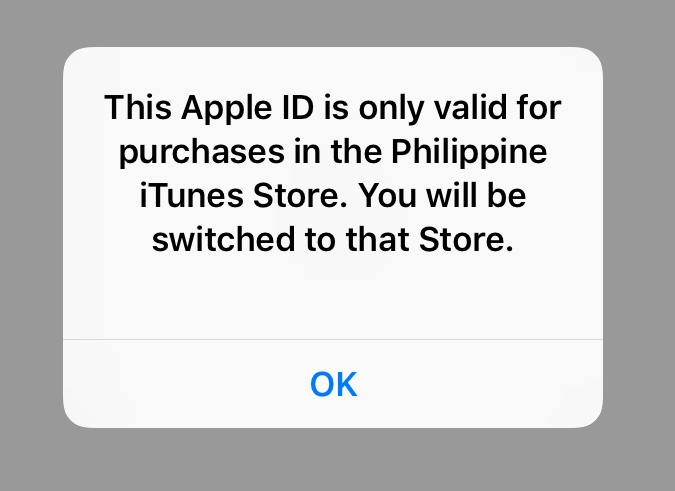 In general, the soft launch account process should be pretty painless. This is as compared to the Android process, where…well, it’s not as easy to do it yourself since Google restricts it based on the device’s region, which is harder to fake. This trick has worked and been known for a few years now, and while Apple could possibly change it someday, you should be good for the foreseeable future to download soft launch games. Get to downloading Modern Combat Versus, and join our Discord server to talk about the game! 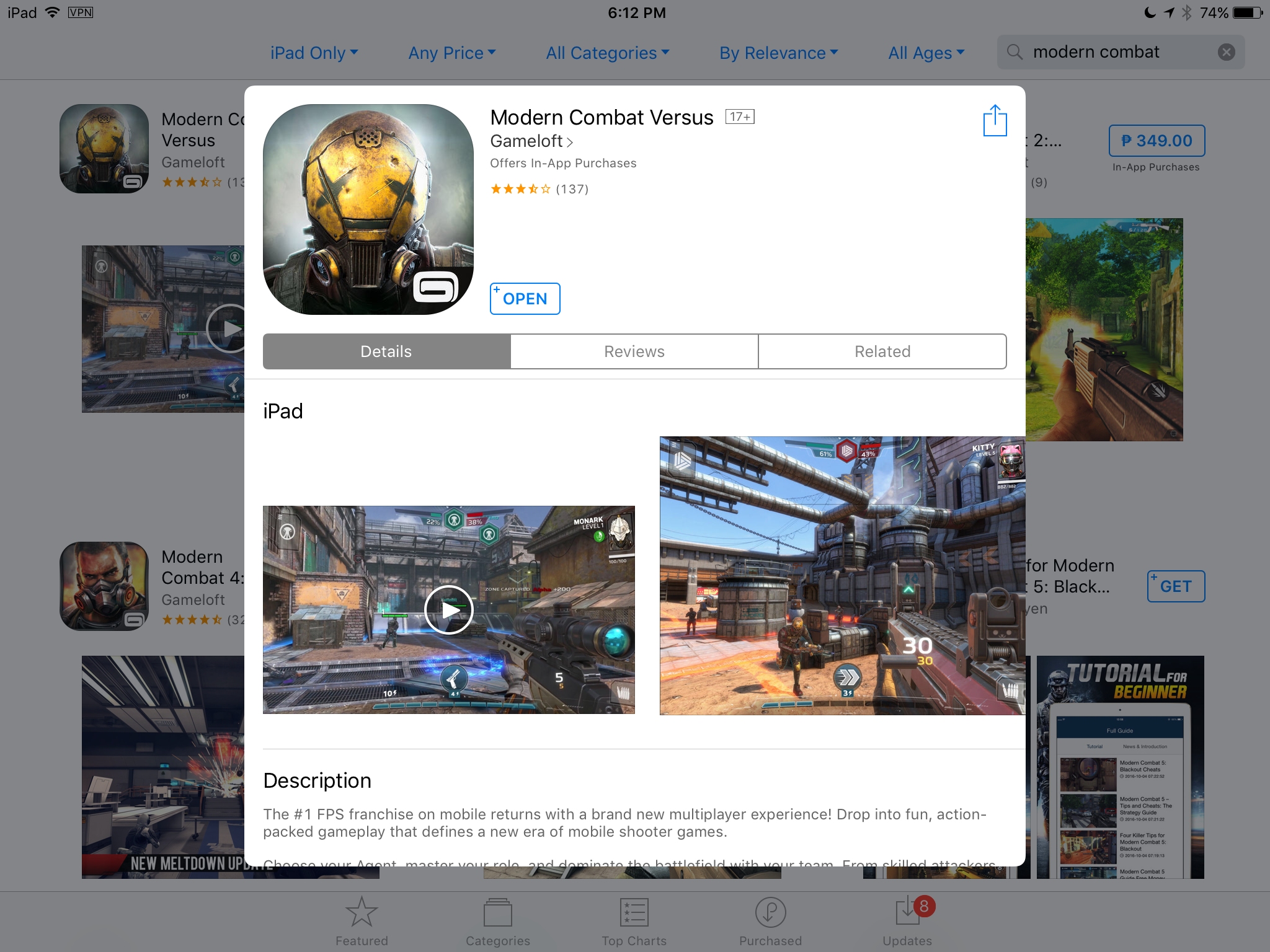