Whether you’re an actual Canadian or you’ve merely spent five minutes creating a Canadian iTunes account, a pretty neat looking racing game just hit Canada’s App Store. It’s called NASCAR Heat Mobile It seems like it’s got a surprising amount of content, featuring all 23 NASCAR tracks, loads of famous NASCAR drivers, and even a Madden-like “Fan Zone" where you do things like build rides, hot dog carts, and other stuff for your race fans to enjoy. 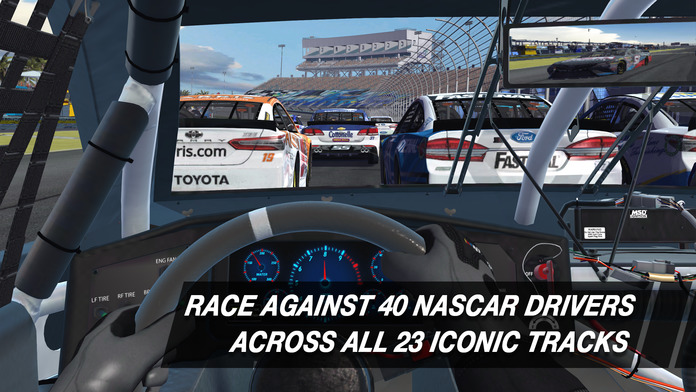 I’m not that into NASCAR myself, but, in the USA it’s a massive spectator sport- Either beating the NFL or trailing just behind it, depending on which year’s statistics you read. So, a half-way decent NASCAR game on the App Store should just absolutely clean up as racing games work really well with tilt controls. If you’re into NASCAR and give this game a shot, swing by our forums and let us know what you think. To me, it seems like a cool racing game, not I have no idea if it’s a good NASCAR game or not.