If you’ve been interested in checking out the strategy RPG Demon’s Rise ($7.99) but have been hesitant about dropping the money on it up front, then today (or technically, yesterday) is your lucky day. Developer Wavelight Games have released a brand new free version appropriately called Demon’s Rise Free (Free) which will give you access to the first nine campaign battles for the low, low price of nothing. Then, if you like that initial taste, you can simply unlock the full game through a one-time IAP and have access to the full enchilada. In this case, the full enchilada is a whopping 85 campaign battles of monster slaying fun. 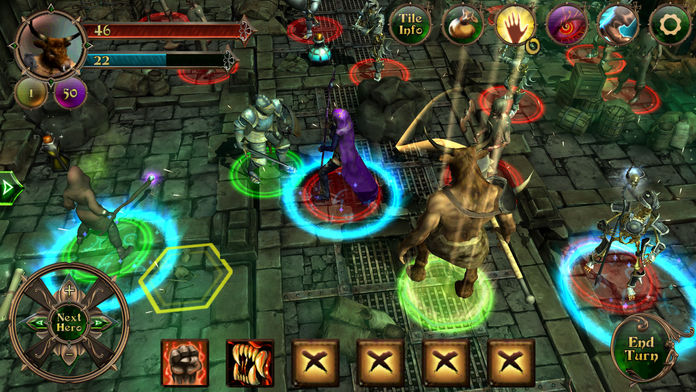 If you’re curious to read up a little more on Demon’s Rise even before checking out the free version, be sure to read Shaun’s full review of the game where he notes that while the game is lacking in design polish, it is more than made up for in fun and variety. Demon’s Rise may have some rough edges, but it’s a damn impressive game for a one man project and as far as I know it’s the only game that lets you play as a walking cannon. Oh, and you may have heard that there’s a sequel, Demon’s Rise 2: Lords of Chaos ($7.99), and if you’ve been on the fence about checking that one out as well then just sit tight as it should be getting its very own free trial version any day now.