Early this morning, Fredbear Games posted on our forums looking for beta testers to get involved with their upcoming title, Heroes Above: Sky Clash. From the looks of it, the game is centralized around the idea of battling air ships with your own customized ship and crew. Participants will be awarded 500 gems (presumably the premium currency) when the game is launched globally, which might just give you a pretty good edge over non-beta testing scrubs that wander across the bow of your air ship when the game finally launches. 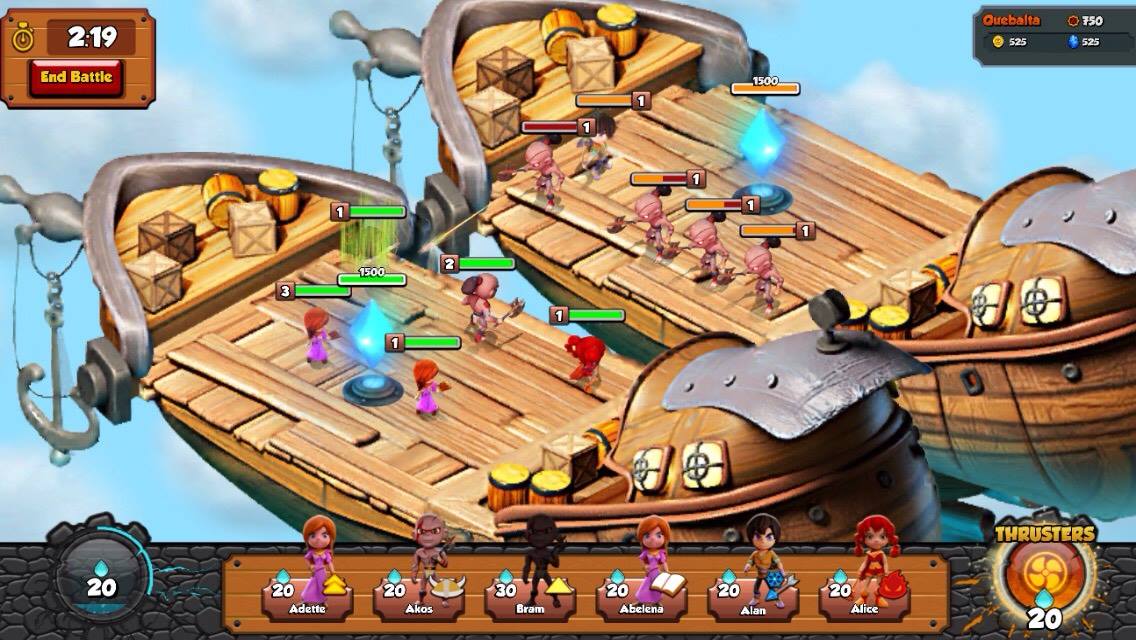 If you often see free to play games like this and are like, “That looks cool but the pay model sure seems annoying," typically the whole point of beta testing things like that is to get that sort of thing tuned which goes hand in hand in making sure the game is fun to play. So, this could be your opportunity to make a difference! If this sounds like something you’d be interested in, swing by the thread in our forums and fill out this Google form.