2016 was renowned for its famous deaths, and unfortunately mobile was not exempt from such a tragic series of events. The news that Bulkypix had declared bankruptcy in August of last year was met with a vast array of mixed emotions – while many sympathised with the publisher for going under, as they had brought to prominence a lot of hidden gems on the App Store, most were incensed by their poor treatment of the developers under their wing during this period. Despite this, some creators risen from the ashes of Bulkypix’s unfortunate demise and have taken this chance to further build and expand on their games, and Keybol is one such developer. With Pretentious Game (Free) now back under their control, the developer has planned to add a whole new Chapter 5 to the title, which is set to launch as a free update (for anyone who has already purchased the Chapters pack) on February 1st. 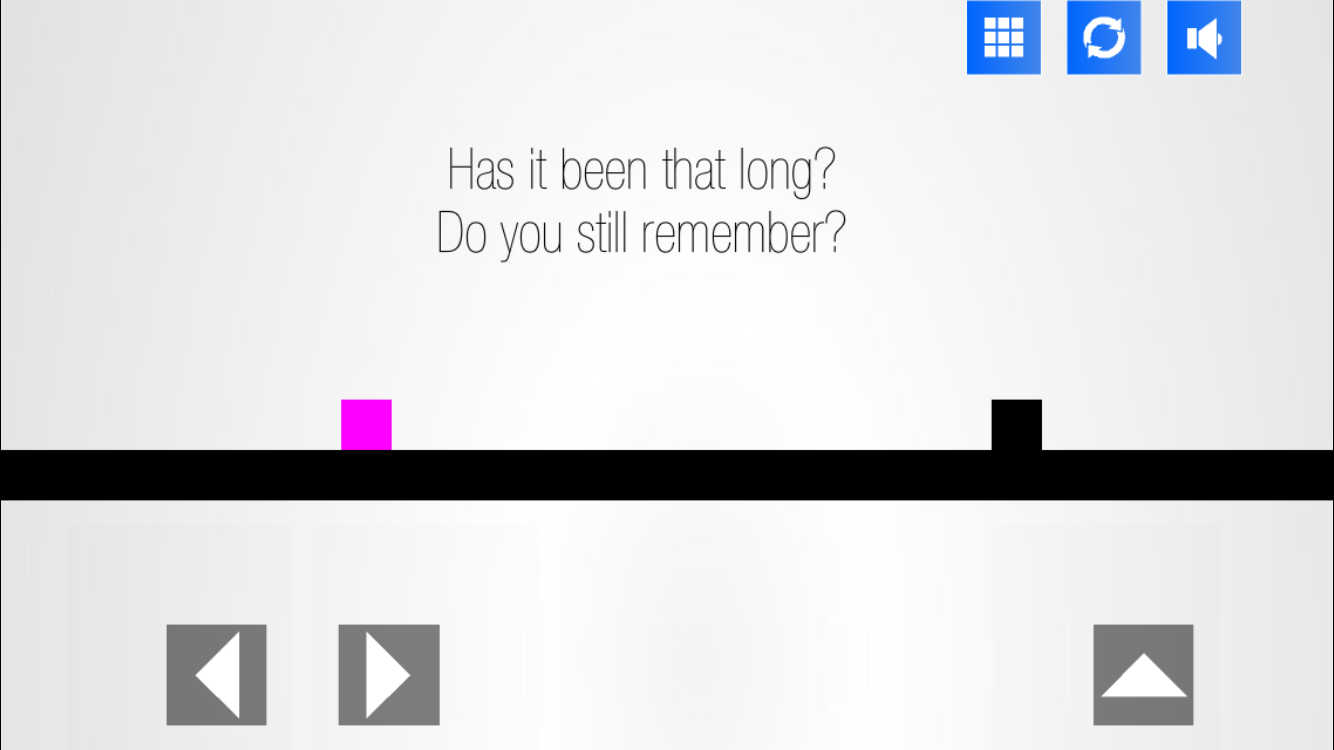 Regardless of the context of Pretentious Game’s ownership, it’s incredibly surprising to see a game that was released and reviewed all the way back in December 2013 – and hasn’t been updated since June 2014 – receive such a substantial update over three years later. For those of you who may have missed the title when it first released, Pretentious Game is, on first inspection, a fairly typical puzzle platformer that isn’t too far away from other mobile classics such as The Impossible Game ($0.99) and Geometry Dash ($1.99). However, an intertwined story of love and adventure, coupled with cryptic hints on how to pass certain obstacles really emphasise the ‘pretentious’ elements in Pretentious Game (in a good way, of course).

The minimalistic approach of the title means Pretentious Game has aged relatively well, and as it is available to download for free, is definitely worth trying out before the long awaited fifth chapter launches on February 1st. If you have fond memories of Pretentious Game, or are discovering it for the first time, let us know your thoughts on our forum thread.