Day Z was a landmark PC game that managed to create a post-apocalyptic playground where zombies were dangerous but the other people playing the game with you were infinitely more so. Despite its many and severe bugs, Day Z became incredibly popular and still echoes in many recent survival games. Now, you can have a similar experience on your mobile device. A couple of years ago, a “demake" of Day Z called MiniDAYZ came out and was very successful. The game, eventually bought by Bohemia Interactive, was a 2D top-down game with fun pixel art that was still hard as nails. 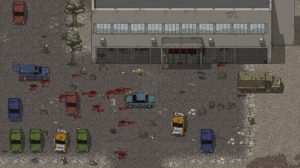 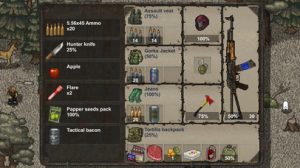 Now, Bohemia Interactive has soft-launched a version of that game on mobile called Mini DAYZ, and it looks like it’s the exact same game as the one that came out on PC. Mini DAYZ is a survival game with features like weather, day/night cycle, AI survivors – both friendlies and not – crafting, hunger and thirst levels, and in general a ton of things to do. The game is completely free and with no IAPs, which is great. You can currently find it in Canada, the Philippines, and the Netherlands, and if you don’t have an account in any of those places, use our guide to make one. If you want to trade advice and tips about the game, go to our Upcoming Games forum thread.