One of the more eagerly anticipated gaming announcements of 2016 was the big Rockstar reveal of Red Dead Redemption 2. The epic western open world adventuring of the original game back in 2010 captured the hearts and imaginations of both hardcore gamers and also more casual players, as its incredibly immersive story and world were truly breathtaking to behold. While its console sequel may not be making the transition towards mobile quite yet, one-man development team Sakis25 Games is looking to fill the cowboy-shaped void on your mobile device. Guns and Spurs, which is slated for an early 2017 release, lets you traverse a dusty western terrain on the back of your trusty steed, whilst apprehending enemies and taking part in horse race events across the land. 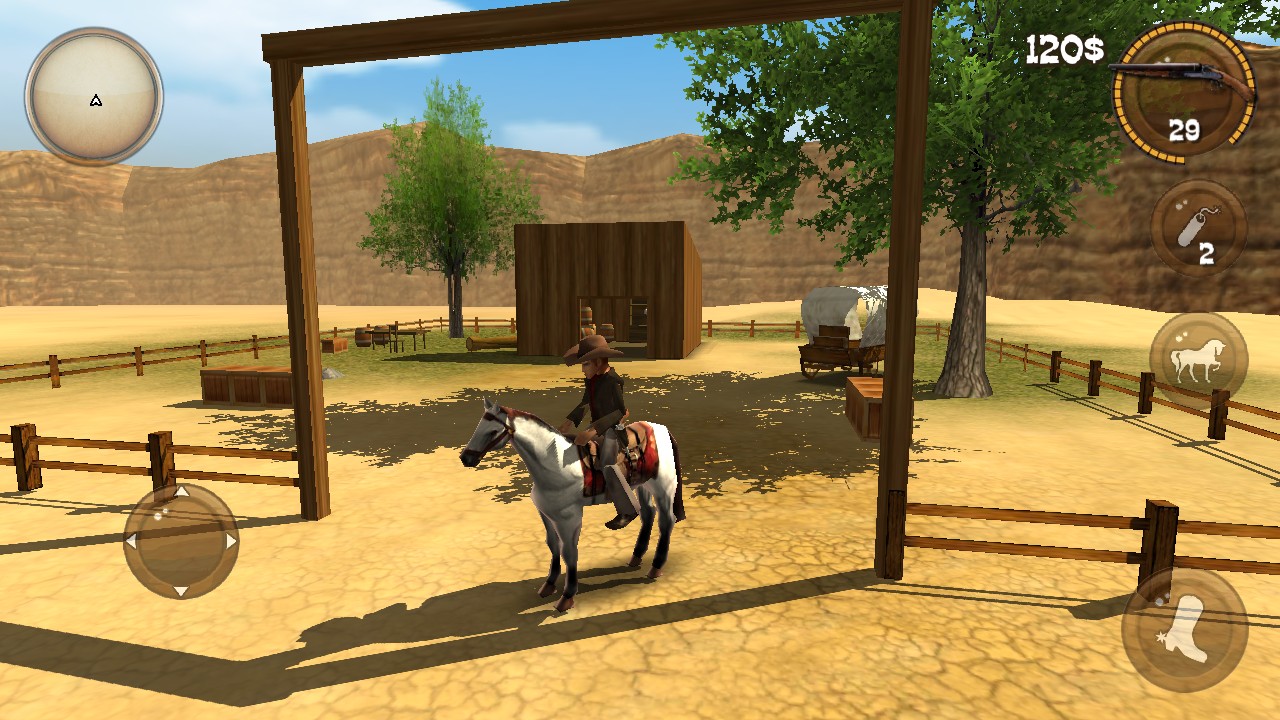 Guns and Spurs has a particularly interesting history, as it started off as a Game Maker release back in 2011 and has been drastically remastered and renovated for its upcoming iOS and Android launch on Unity3D. Creating a fully open world western adventure title on Game Maker is an impressive feat in itself, although it does leave the question of whether the full mobile release has moved beyond the limitations of its previous archaic platform. However, the newest screenshots for Guns and Spurs do look rather impressive (especially in comparison to the old Game Maker stills), and if there is enough interactivity and content within the open world, this could be the next best thing for anyone eagerly anticipating the full console release of Red Dead Redemption 2 next year. With Sakis25 Games’ last major iOS release being the relatively well received Angel in Danger 3D ($0.99) back in 2014, Guns and Spurs is definitely worth keeping your crosshairs on at the very least – follow the game’s forum thread to keep up with future developments for the game in the lead up to its Q1 2017 launch.