As a long time admirer of games that aren’t afraid to be weird, I certainly appreciate and respect what Goat Simulator ($6.99) has done. I mean, you wouldn’t think a buggy, janky game where you play a total jerk of a goat would strike it big, but it did. Gosh, did it ever. There are now tons of Goat Simulator games across multiple platforms, each offering their own variety of madcap entertainment. If you’ve been wondering what the deal is with this series but were too afraid to plunk down the money to see what it’s all about, I’ve got some good news for you today. The original Goat Simulator is now available for free, for the first time ever. 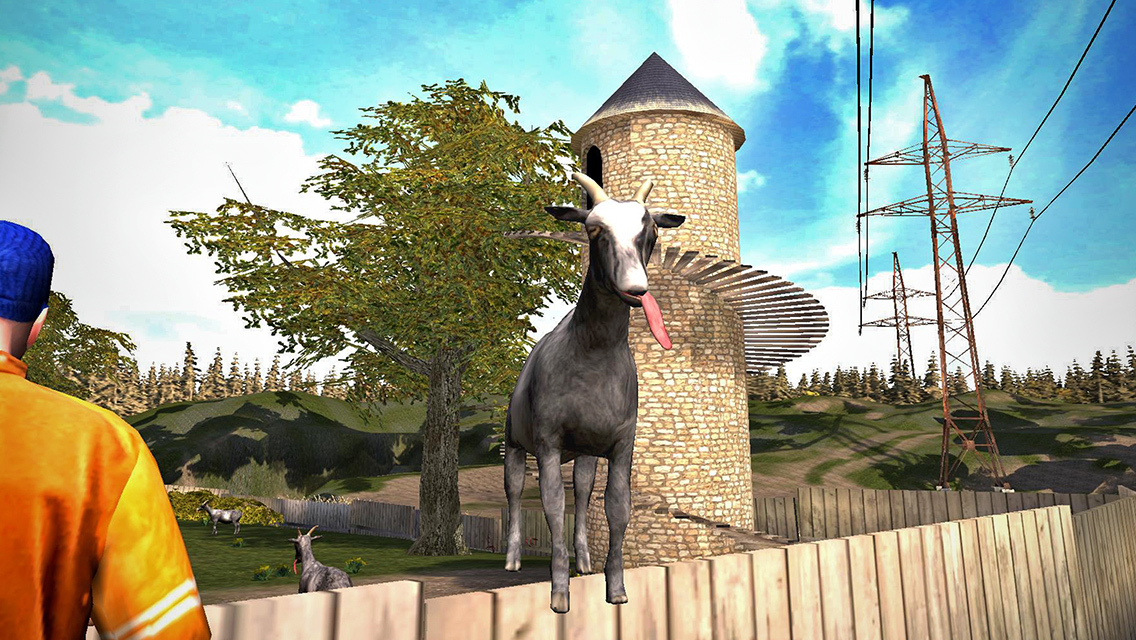 When our own villainous Carter Dotson reviewed the game, he described it as a “sandbox of absurdity", and that’s pretty much the best way you could describe Goat Simulator. When Jared Nelson awarded it with our Game of the Week, he called it “a game that lets you simulate life as a psychotic goat in an open-world physics sandbox", which is also a sensible description. It’s kind of a stupid toy more than it is a game, but it’s an incredibly entertaining stupid toy. But you know, I could see words like those not exactly selling the game to people. It’s great that it’s free at the moment so that people can see if this particular lunacy is up their alley or not.

As of this writing, I’m not sure why the game is free or for how long, so act quickly if you want to grab it. One-day sales are popular around this time of the year, after all. You might only enjoy Goat Simulator for ten minutes or so, but I promise, those will be a solid ten minutes. Go ahead. Lick some cars. Head-butt some nice people. Ride the fireworks. Be the weird jerk goat.