Infinite Dreams really need to stop updating Sky Force Reloaded (Free), as the sheer amount of times I’ve had to report a massive new update releasing for their flagship shoot-em-up game means I’m running low on superlatives to describe it by. For everyone else, such continued support has developed Sky Force Reloaded from an already excellent game that received five stars in our review at release, to one that is pushing the boundaries for the genre on mobile devices. Despite the variety of awesome additions in the past few months, the developers have been building up to the big Level 13 update for some time, and while we caught wind of its imminent launch last week, there wasn’t a set release date to report. Thankfully, it was a short wait, as today the biggest update for Sky Force Reloaded – which has been labelled as the ‘Omega Update’ – has finally launched on the App Store alongside some stunning new artwork, as well as more content than you can shake a fighter plane at. 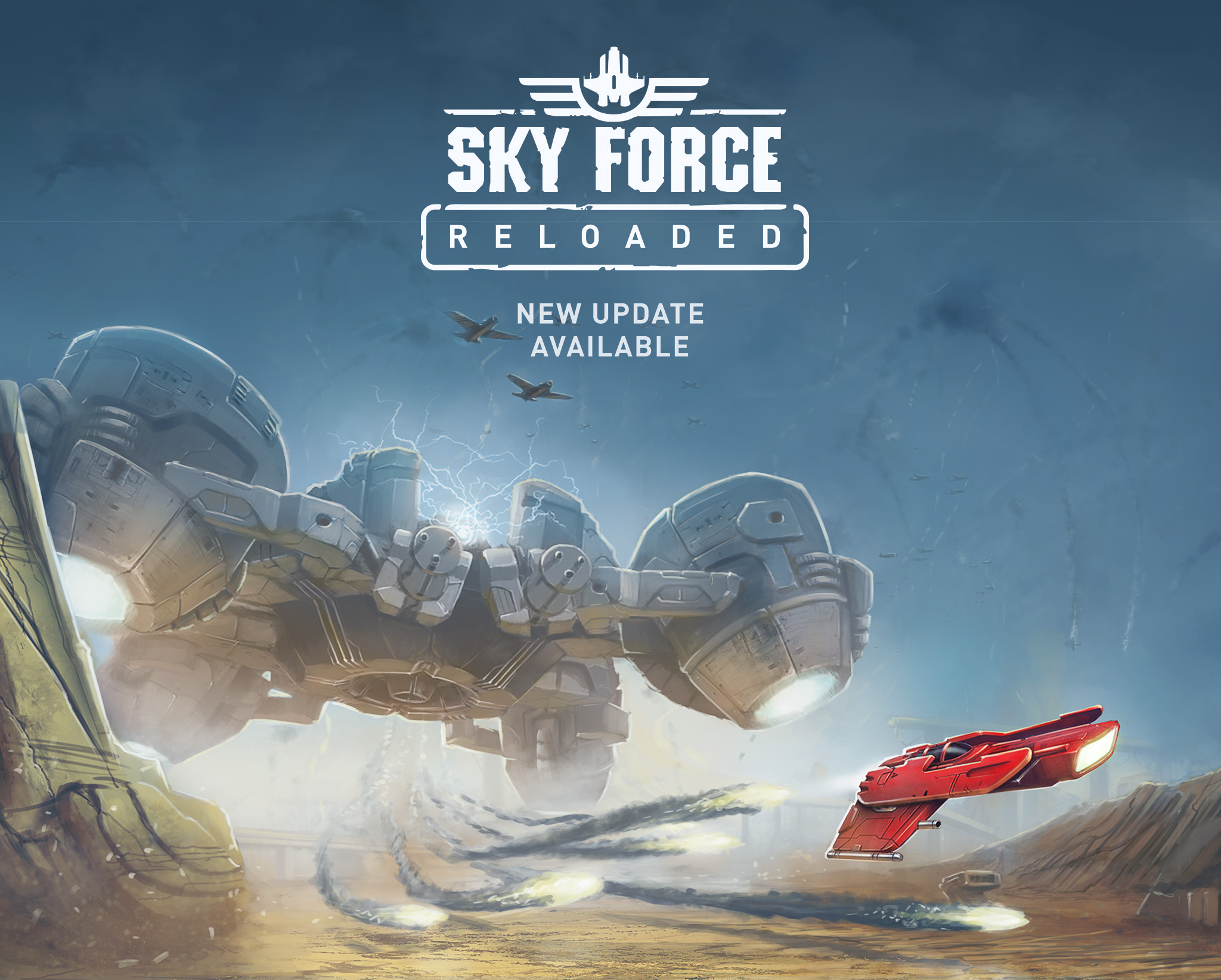 The aforementioned Stage 13 is the centerpiece of the Omega update for Sky Force Reloaded. This new level serves to end the main campaign as we know it, and while it does not necessarily mark an end of additional stages being included at a later date, this does tie up the storyline, as well as provide a final challenge for any hardcore fans of the game. This new level, alongside new enemies, a brutal new boss, a hangar upgrade, Game Center fixes, and a ‘Nightmare Mode’ that includes a time bonus against bosses to add an element of urgency to high-score chasers, makes for a package that many would expect to be worthy of an in-app purchase in most other games. Infinite Dreams’s commitment to making Sky Force Reloaded better and better really knows no bounds, and long may it continue. If you have any suggestions for the inevitable next update, or want to discuss the inhuman feat of actually completing Stage 13, be sure to join in the discussion on our forum thread.