While many may say that imitation is the sincerest form of flattery, owing to the ease of development for iOS, there have been various case over the years of such inspiration going a little too far. Whether it’s the altercation between Ridiculous Fishing and Ninja Fishing, or when Spry Fox, the developers of Triple Town (Free), took the creators of Yeti Town to court over perceived similarities between both games, the App Store has been no stranger to controversy over the duration of its lifetime. Today, even more drama has surfaced amongst the mobile gaming community, as Peak Games have filed a lawsuit stating through the recently released My Little Pony: Puzzle Party (Free), Hasbro – and its mobile division Backflip Studios – have infringed on the copyright of the Turkish developers’ flagship title Toy Blast (Free) that debuted on the App Store in January 2015. 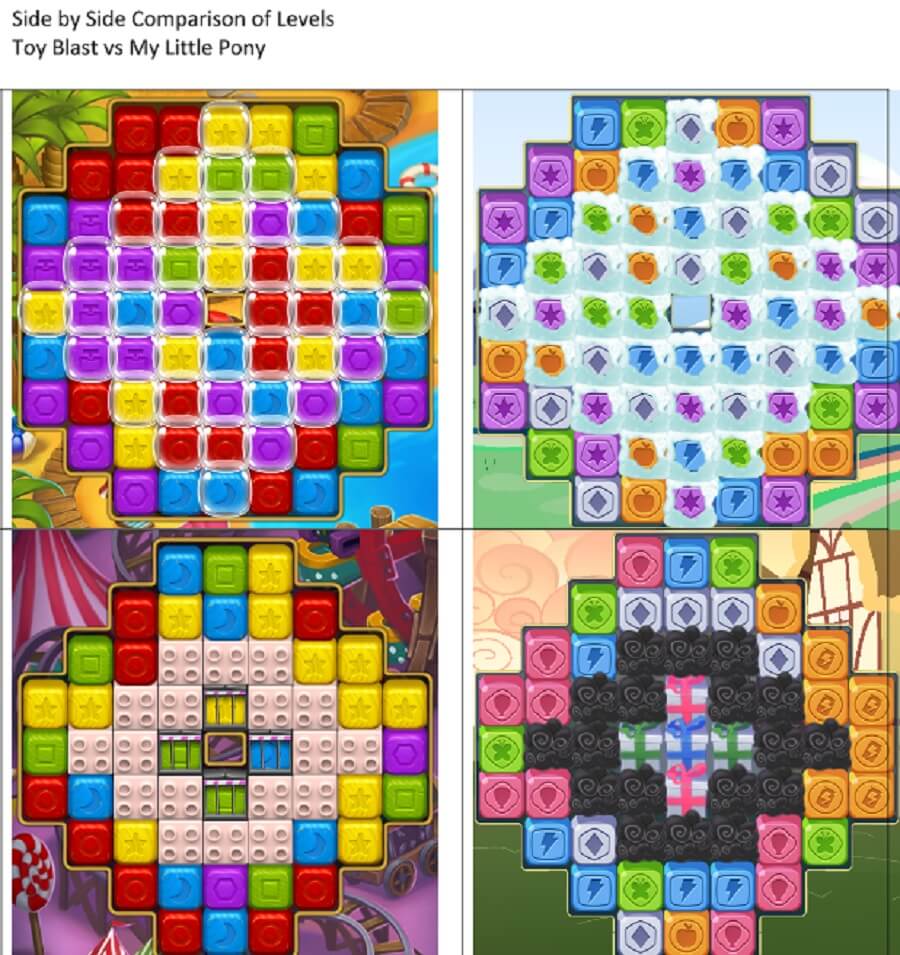 VentureBeat have reported that in the lawsuit Fenwick & West, who are representing Peak Games in the matter, have alleged that My Little Pony: Puzzle Party is a blatant ‘reskin’ of Toy Blast, and have drawn comparisons through numerous screenshots of similarities that are alleged to extend even to the wording of the tutorial. Furthermore, the firm cites Hasbro’s past experience of suing other companies for copying the obscenely famous board game Scrabble back in 2008. And, to Peak Games’s credit, the comparison screenshots do show some quite dramatic similarities between the two titles, especially in the tutorial text.

However, it’s worth remembering that both games are extremely derivative of each other and by no means unique, and there are other titles, such as King’s Pet Rescue Saga (Free), that predate both releases. Cases such as these are normally very difficult to decisively prove that one party has directly copied another, even if there are some evident similarities, and could even be claimed to be publicity move to bolster their own game’s popularity while discrediting another close rival. Furthermore, Backflip Studios have historically been one of the most creative – and subsequently copied – developers on the App Store since its inception, so it’s certainly worth hearing Hasbro’s side of the argument, and to keep an eye on how this case progresses in the coming months.