Boomdash Digital has today released Evil Dead: Endless Nightmare (Free) for iOS. Based on the 2013 Evil Dead remake, this first-person endless runner has you facing down hordes of deadites, as you use your limited-use ammo to take down any threats, running to get pickups of more ammo and currency, hoping you last longer against the endless hordes of deadites next time. It is definitely similar to Into the Dead (Free) from PikPok, but I guess that brings the number of first-person, undead-killing, endless runners to 2? Maybe there’s some other clones out there, but it’s not like this specific combination of games is all that crowded with derivatives. 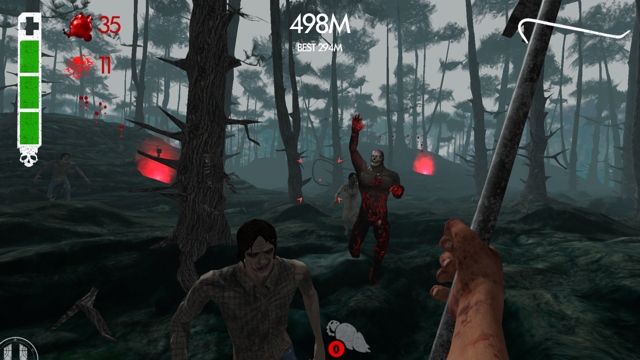 As you play, characters and locations from the 2013 movie will pop up, as you start to unlock new portions of the game. This tie-in is admittedly kind of late (and there’s that Evil Dead TV show now, Ash vs. Evil Dead that might have been a better tie-in, but hey, maybe the movie license was available) and the game isn’t too bad if you feel like running and gunning some undead.