Hello, gentle readers, and welcome to the Classic Reload, the monthly feature where we spend a lot of time running into walls. Each month, we take a look at a game from the App Store’s past to see how it holds up today. It’s a chance to revisit old favorites, reflect on their place in the overall library, or just to take a deeper dive than our reviews typically allow for. As the leader of the underworld, I’ll try to choose a nice variety of titles for this feature, but if there’s something you really want to see, don’t hesitate to make a suggestion in the comments below. You might not see your suggested game soon, since I plan my schedules fairly far in advance, but I will consider it for a future highlight.

As usual for October, I’m trying to keep things in the spirit of Halloween. Last week in the RPG Reload, we looked at Overlive ($2.99), a zombie-themed survival RPG. It’s a good game, and it certainly does a good job of encapsulating the more empowered side of horror fiction. It’s not especially scary, however. Since I believe it’s important to get a good dose of fear during this season, this week’s pick goes right for one of the scariest places around: your imagination. Submitted for the approval of the Midnight Society, this month’s Classic Reload is none other than Papa Sangre ($4.99), the 2010 audio-only action game from London-based Somethin’ Else. 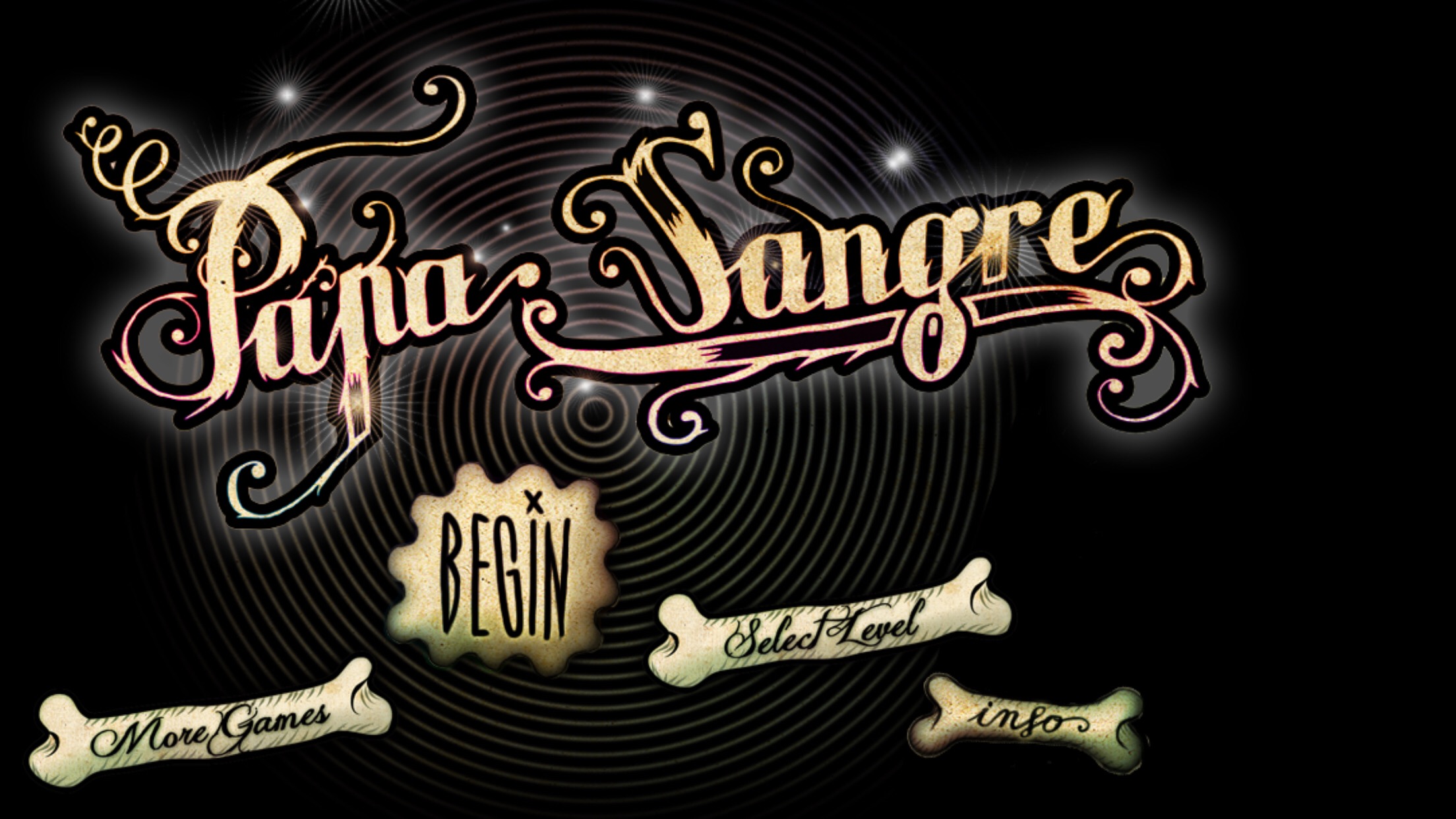 While Somethin’ Else has released a number of games, they’re primarily known for creating content for radio and television. The company was founded in 1991 and has won numerous awards for its work. Papa Sangre was the company’s first venture into video games. The game has its roots in a theater game called Sangre y Patatas. In that game, all the players are blindfolded and one is designated as the killer. Corn chips are strewn about the ground in places, while numerous bells are hung in other places. Since the players can’t see where they’re going, they’re bound to run into something and cause a ruckus, giving the killer player valuable clues to their whereabouts. Sort of a messier Marco Polo.

The idea of making a video game where the player is blindfolded is a bold choice, though Papa Sangre wasn’t the first. Most notably, the late Kenji Eno of Warp had created an audio-only game for the SEGA Saturn called Real Sound: Kaze no Regret in 1997. The game never officially released outside of Japan, however, and by all accounts, it didn’t make much money for the company. In fact, just about every example of an audio-only game prior to Papa Sangre had fared quite badly in the market. It makes sense, I suppose. Video games are a highly visual medium. Trying to sell the typical gamer on a game without any graphics to speak of is a tough road to take.

Somethin’ Else had a few things going their way, however. First, their prior experience in other media, particularly radio, meant that they had a lot of know-how to draw on when it came to producing audio. Second, their engine was capable of producing true binaural audio, making for a surprisingly immersive atmosphere on outputs as simple and ubiquitous as a pair of earphones. Lastly, the iOS market was and is quite different from typical gaming markets. On the whole, those who play on iOS seem less concerned with bleeding edge graphics and more open to unusual gameplay designs. Even with all of that, success wasn’t guaranteed. By the time the game released in 2010, the paid mass market was starting to give way to free-to-play. Those iOS gamers who were still inclined to pay the $7.99 price tag Papa Sangre carried at launch were also those who were most similar to hardcore gamers in other markets. 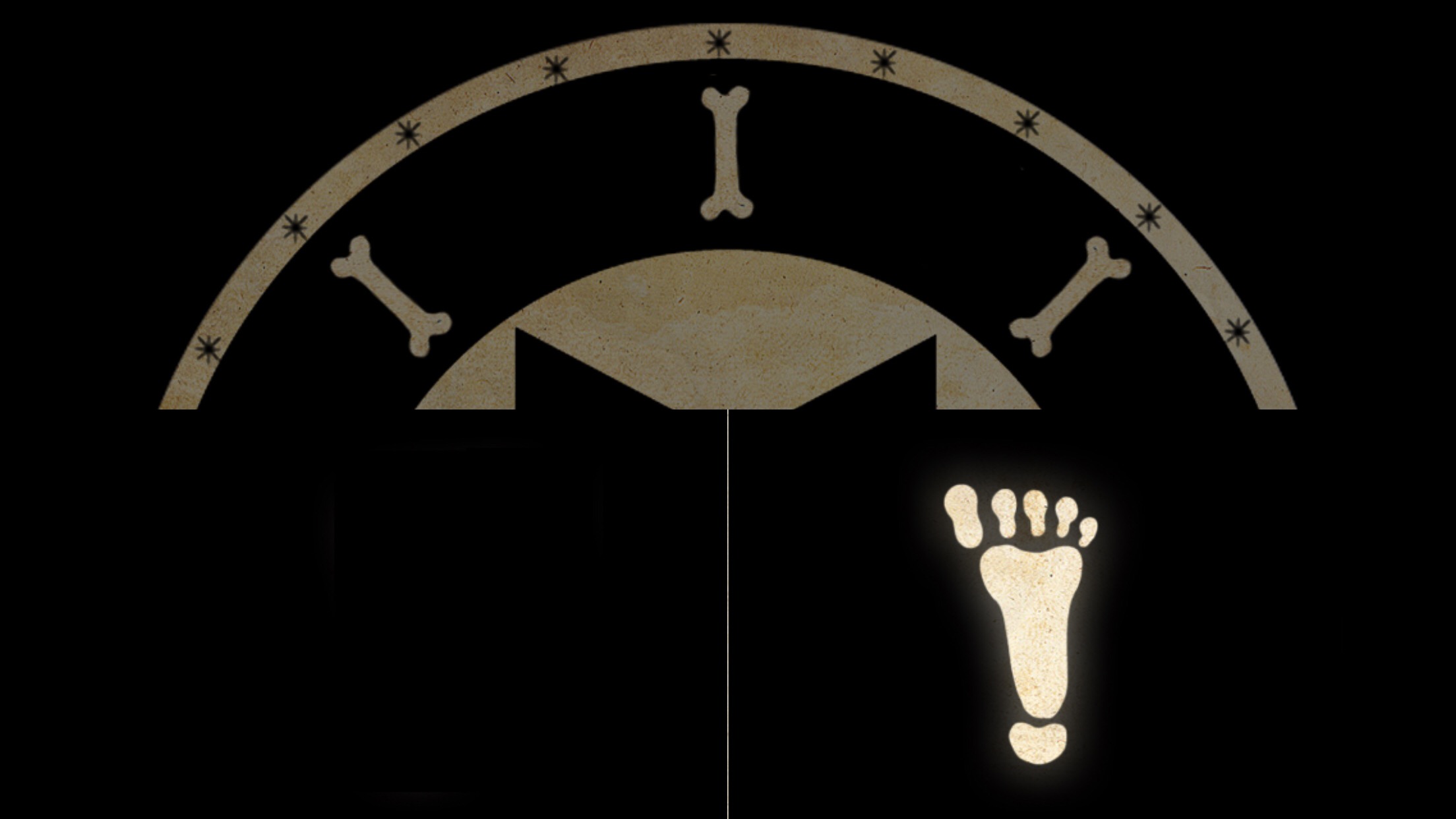 Fortunately, things seemed to go well for Papa Sangre. It got a lot of attention due to its unusual design, and Apple gave it prominent featuring. While I have no idea how well that actually translated to sales, it’s worth pointing out that Somethin’ Else released three more audio-only games after this on the platform. I can’t imagine they would have done that if Papa Sangre had flopped. The developer has taken good care of the game, with regular updates to fix bugs and a major update to move the game to the new engine created for the sequel, Papa Sangre 2 ($4.99).

Sadly, Somethin’ Else announced earlier this year that they won’t be updating the game anymore, and if it breaks again from a new iOS version or hardware configuration, they will simply pull the game from the App Store. As iOS gets longer in the tooth, more and more developers are having to make tough calls about where to draw the line on post-release service, and I suppose for Somethin’ Else, that line sits at a respectable six years. Still, it’s too early to hold a funeral for the game. It still worked fine for me on this playthrough, at the very least. Let’s keep our fingers crossed that it will stay that way.

Papa Sangre starts off simply enough. You’re in the underworld trying to recover the soul of your loved one. You’re plunged into total darkness, but you’re still able to walk, run, and most importantly, listen. Your ultimate goal in each level is to find the exit, but you usually need to find a few other things before it will appear. Sometimes you’ll be gathering crystals, while other times it will be lost souls. What all of these objects have in common is that they will emit a noise of some type. You have to use that sound’s relative location to make your way through the level and recover the object. Though you can’t see anything, you are moving in first person, so it’s not so different from picking your way through dark areas in old dungeon crawlers. 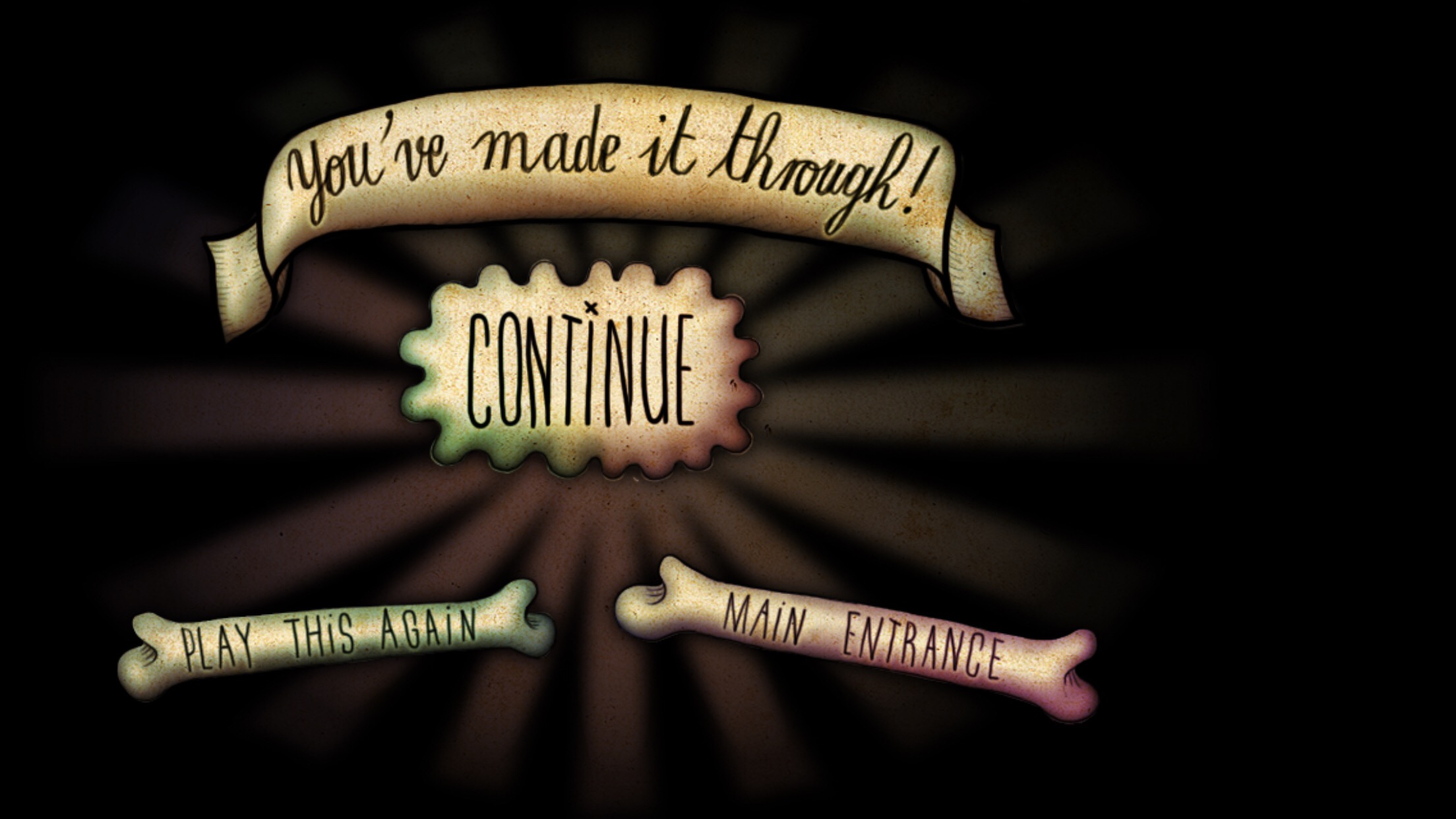 Of course, just like those games, there are things in the darkness that can hurt you. Fortunately, they’re also generally pretty noisy, so you can listen for their locations and try to avoid them. As in the theater game Papa Sangre is based on, however, there are also some places you can step into that will make a loud sound, alerting the enemies. If you know what you’re doing, you can use that to your advantage, luring out enemies away from objects you need to recover. If you misjudge the outcome, you’ll be joining the other condemned souls in the underworld pretty quickly.

Feeling your way around in the dark, avoiding deadly monsters, and just trying to find your way to safety can be pretty tense. What brings Papa Sangre over the top and makes it scary is in the creepy narrator who guides you on your way. Who is she? Is she really on your side? The voice acting is played perfectly, planting some doubt in your mind without giving you a clear read on the character’s emotions or motivations. While most of the game leaves your imagination to work things out, the narrator’s unsettling descriptions of your surroundings certainly add spice. It’s a great example of how a simple word or idea planted into your mind can take root and become something much bigger. If she didn’t tell you that you were walking on finger bones, for example, you might assume the crunching floor was something far more benign. All it takes is a simple sentence or two and your mind constructs a horrifying image that you’ll carry through the rest of the game.

I like the way the controls feel in this game. To walk, you have to alternate presses on either side of the screen, which nicely emulates the action. You can run by alternating more quickly, but if you try to go too fast or mess up your rhythm, you’ll trip. Not so bad when there’s nothing around, but if you’re being chased, it can be fatal. There are times when you have to run, and that’s probably when the game causes the most stress. That you can only hear the monsters is a truly terrifying thing, especially when they’re gaining on you. Suffice it to say, this game is best experienced in a dark room, all by yourself. The way the interface is set up, you don’t even need to look at the screen, so by all means, close your eyes or use a blindfold of some sort to complete the illusion. 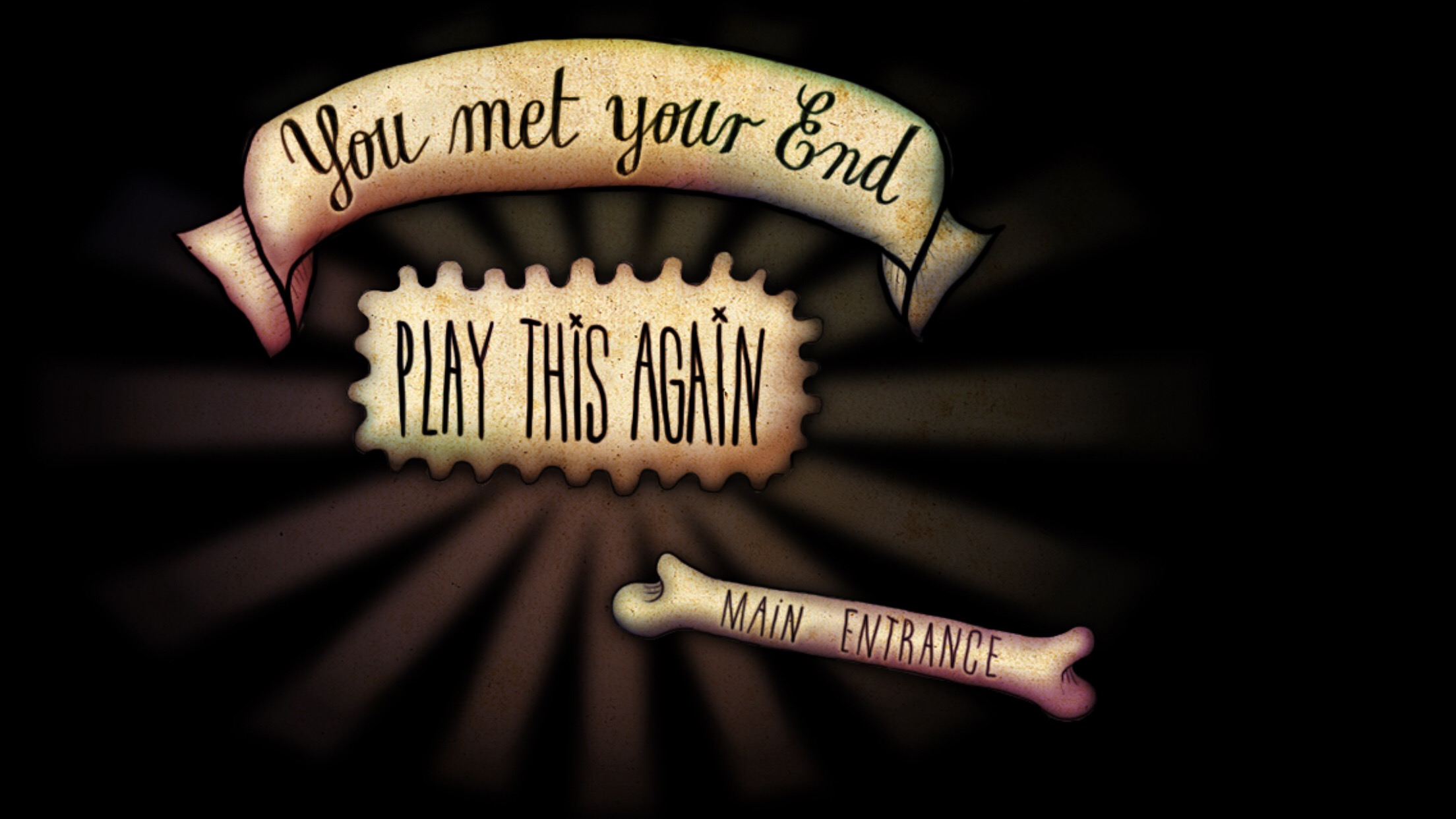 Papa Sangre is still every bit as good today as it ever was. Perhaps that’s one of the added benefits to not relying on visuals, but I think it’s also important to give credit to the sound design Somethin’ Else did in this game. Considering the technology it was originally built for, it’s amazing that the game is able to cast such an impressive spell today. Of course, it’s been rebuilt in a new engine since those days, so I’m not sure how the actual original version would hold up now. We also have to consider that there are several other games on iOS now that use a similar idea, many of them from Somethin’ Else itself. Perhaps Papa Sangre can be seen as the game that, if not necessarily blazing the trail, certainly lit it up for others to follow. While it’s not quite as unique as it once was, it deserves respect for succeeding in such a gutsy endeavor. And hey, it’s a pretty cool game all on its own.

That’s just my take on Papa Sangre, though. What do you all think? Are you interested in audio-only games? Do you find this one scary? I want to know, so please share your thoughts in the comments below. As for me, I’ll be back next week with another RPG Reload, and next month with another Classic Reload. Thanks for reading!