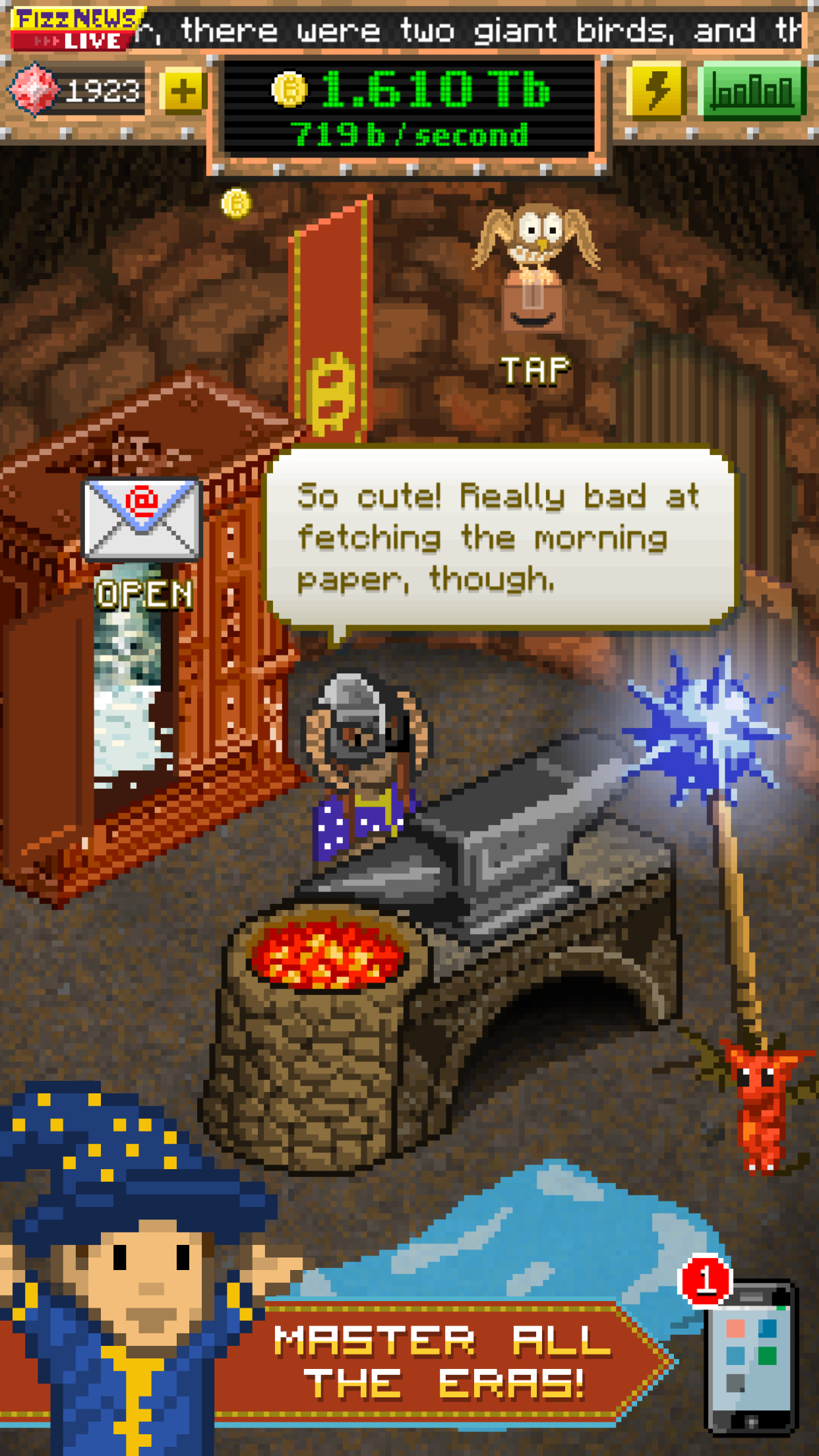 Perhaps this update sounds exciting, but you don’t want to play through the game to try and unlock the Dungeons & Bitcoins era. You no longer have to, as you can now time travel to different eras of the game for free. New missions have been added to each era, so there’s incentive to do some time-hopping. Oh, and there’s iMessage stickers for iOS 10 users, though both iOS and Android versions of Bitcoin Billionaire have the Dungeons & Bitcoins update, available now.