The first thing you’ll notice when you take a look at the upcoming Malevolent Machines is that really cool art. I don’t know how it will all work together when the game actually comes out, but so far I like what I’m seeing. Malevolent Machines is a runner with an interesting story; Dr. Leyla Green’s experiments go awry and her horrific, steampunk entities are unleashed upon the world. Now, she has to take them all on with the help of her giant pet cyborg. Leyla will be constantly running towards the right (I want a runner to finally dare go from right to left to surprise everyone) and as her enemies pop up, she’ll need to jump over them, slide under them, attack them, or even blow the ground from underneath them. 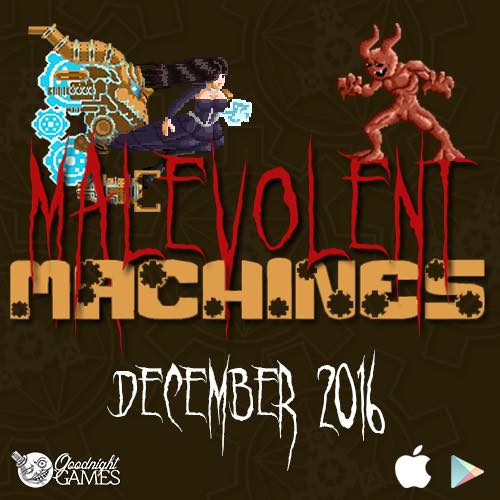 You’ll be swiping to control Leyla and tapping to control her Juggerbot (which has various weapons it can use). Each enemy has its own way of getting defeated, and once you take out all the enemies in a level, you’ll have to face a boss. Sounds cool, and I do like the enemy design and the art, which you can see in the game’s forum thread (along with a short, sideways video). The game is planned for a December release, but there’s a lot of work to be done so not so sure they’ll hit that target.