Hello everyone and welcome to Touchstone #61, our weekly article covering all the interesting and fun Hearthstone (Free) news and videos. Last week we got to play The Opera, Wing 2 of One Night in Karazhan Adventure, and personally I had fun getting through all the encounters. Yes, Karazhan isn’t as innovative as League of Explorers in terms of the encounter mechanics, but thematically I find it more entertaining than the previous adventure, but that could be just me. Today you can check out our Normal and Heroic Guide for Wing 2, views on which classes are getting the best Karazhan cards, a very interesting article on how you should evaluate new cards, and plenty of tournament news and decklists. Let’s get started.

The Opera Normal and Heroic Guide

If you haven’t yet played the second wing of One Night in Karazhan, check out our Normal and Heroic Guide to quickly get through those bosses and get your hands on cards like the Legendary Barnes. The second wing was quite fun, especially The Crone encounter with its clever mechanic of having minions to the left of Dorothee have charge and to the right get taunt. Overall, another solid wing with some interesting cards. Did you enjoy this one? Check out our guide here. 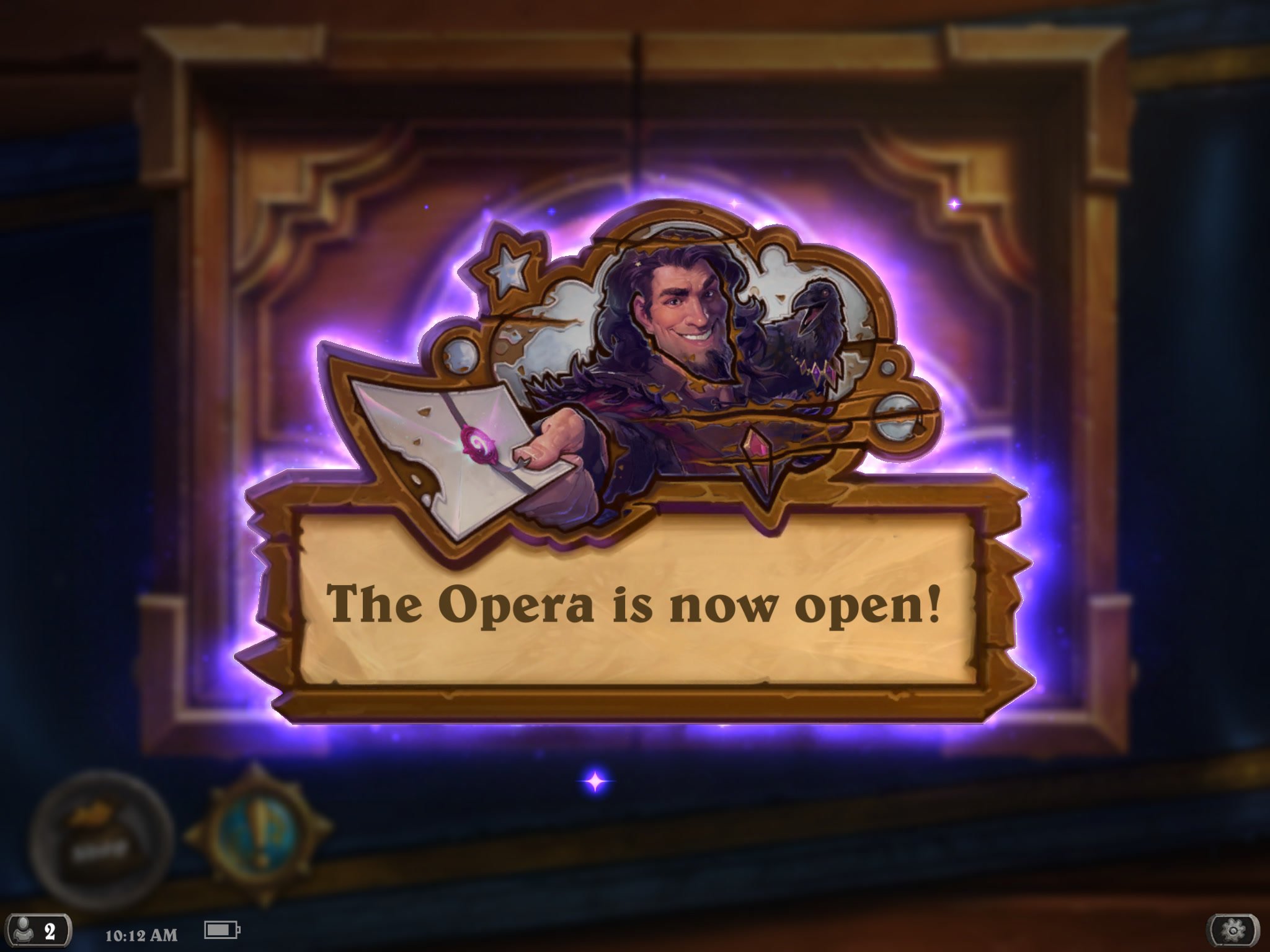 Player-Drawn Cards that Could Help Priest

PC Gamer asked players what cards it would take to make Priest a strong class again, and the results were quite interesting. There’s a 3-mana 2/4 card that summons a random 1-cost friendly minion that died this game, more Dragon cards, cards that get buffed if your life total is below 30, a 2-mana 4/4 mech that can’t attack unless a character has been healed, and so on. It’s always interesting to see what the community thinks Priest really needs to improve versus what the developers do. Do you like these cards, or do you think they wouldn’t really help the class? Check out all the cards here.

This is a very interesting article that looks at card evaluation through the lens of psychology. The writer has used his expertise to quantify his predicting efforts prior to the release of an expansion/adventure, and what he found was that he was often wrong and that we should all temper our expectations in advance of actually getting our hands on the cards. He goes on to talk about the lessons he’s learned about card evaluation like things people often miss about a card and so on.

The first lesson is the difference in power between conditional and unconditional effects, the second is how conditional effects require redundancy, the third lesson is building the deck the card belongs in, the fourth lesson is never underestimate small effects, and the fifth is that not all the best effects are very flashy. He goes into depth for each lesson, and it’s definitely worth your time. Check it out here.

Since we are past the second week of Karazhan, we are starting to see some of the new cards slip into various decks. One example is the possible addition of Cloaked Huntress in the Yogg-N-Load Hunter decks. The question is whether Huntress’ ability to turn secrets into 0-cost cards can be combined with Lock and Load to help you draw more cards, some of which will hopefully be secrets that you can then cast for 0 mana. Check out the story here about how this deck could be changing in the weeks to come.

If you were always wondering what your Hearthstone stats are when it comes to total matches played in each mode, win-streaks, etc, a new official Hearthstone app only available in China at the moment is exactly what you’ve been asking for. This app provides info like your highest rank achieved, number of different Brawls played, total number of Arena matches, and much more. Hopefully, we’ll be getting that app outside China soon. Check the full story along with screenshots of the app here.

This past week we got another Karazhan Legendary, Barnes, and according to this story, he has great potential. Barnes summons a 1/1 copy of a random minion in your deck, and as you can imagine, if you build a deck with Barnes in mind, great shenanigans may occur. The article goes on to talk about competitive decks for Barnes – primarily Deathrattle Paladin and spell-based decks – and explains how Barnes’ ability might work to enhance these decks. You can read about these decks in detail here.

Which Class is Getting the Best Karazhan Cards?

This story tries to figure out which class is getting the best Karazhan cards. The writer goes class by class, analyzing what Karazhan cards can offer to pre-existing decks. Paladin is getting a good boost in its three most powerful decks, Rogue’s cards are probably going to bring the most change among the classes, Hunter is getting probably the best class cards, Druid’s Beast decks are getting a nice boost, and Warrior isn’t getting much help. Check out the whole list here with explanations on where Karazhan leaves each class.

Twitch plays has been a thing for some time now, so it’s not surprising that there was yet another attempt for a Twitch plays Hearthstone. Disguised Toast decided to have Twitch play the Chess boss from Karazhan‘s Wing 1, and apparently it didn’t go too bad. Check the video of the attempt below.

The Karazhan Adventure might be ongoing, but the pro scene is still going strong. After a fun weekend of Hearthstone, we have the 8 players who will go on to play in the Americas Summer championships. The winner gets a ticket to BlizzCon and a chance to grab that World Champion title. This story gives you all 8 players along with all their decks, a great collection of decklists from some of the best in the business. Check them out here.

If you want more great decks, take a look at 120 notable decks from the Americas Summer Preliminaries. The numbers are not representative of the whole tournament but do give a good sense of what decks many players are using currently. There are plenty of Warrior, Shaman, and Druid decks, and overall this is a good way to see whether your decks are similar to those played by some of the top pros in the game and ways in which you can improve yours. Check out the whole list here.

Check Out the Decks of EU Summer Preliminaries Top 8 Players

For an interesting comparison, check out, check out this story about the top 8 players from the EU Summer Preliminaries and compare their decks to the Americas top 8 players’ decks. While there are some expensive decks – like Likeabawse’s Yogg-Druid – there are also very cheap Zoolock and Freeze Mage decks that you could easily build and take for a trip down the Ladder lane. You can see all the decks here.

Yogg and His Magical Giants

Amaz’s Welcome to the Barnes Meta

Kripp on How Good Is Priest of the Feast