Welcome to our first of many guides on Hearthstone‘s (Free) latest Adventure, One Night in Karazhan. As this is the opening week of the Adventure, we’ll have two guides, one for The Prologue – the free encounter that everyone gets to play – and one for the first, paid Wing, The Parlor. We’ll be writing up guides every week to help you all make it through the Adventure as fast as possible and get your hands on all those fancy cards. So, get ready for another month of crazy Adventuring, Boss fighting, and card earning, and let’s get started with The Prologue. 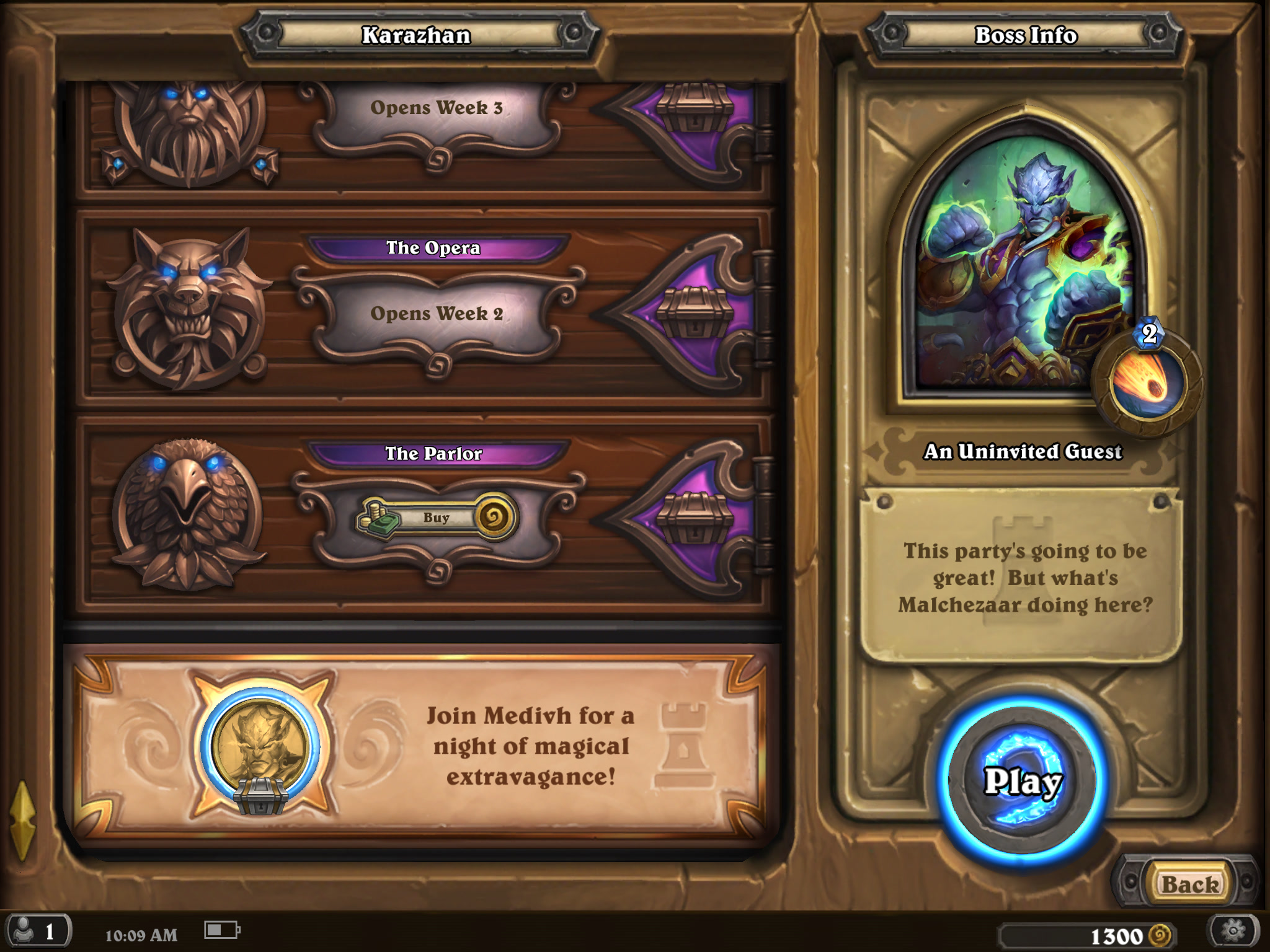 The Prologue has only one boss for you to defeat, Prince Malchezaar, and the reward is two cards, Enchanted Raven and Firelands Portal. You get to play as Medivh, a clearly younger, less corrupt version of the cosmetic Hero we got a few months back. This encounter is all about using your spells efficiently and using the right combo of cards at the right time to get your spells as buffed up and as cheap as possible. Both you and your opponent start with 30 Health and 30 Armor, so you’ll need some strong spells to get him down to zero. His hero power is Legion: Summon a 6/6 Abyssal, and he uses it pretty much at every opportunity he has.

He also uses quite a few Warlock cards like Power Overwhelming, Siphon Soul, Imp Gang Boss, Doomguard, Shadow Bolt, Demonheart, and Mal’Ganis. He"ll also equip a Death’s Bite quite often, so expect him to attack with that a lot and he’ll occasionally combo it with Imp Gang Boss for extra effect. Malchezaar will most often clear the board, so don’t expect your few minions to stick around for long. On his side, his hero power will allow him to build up an intimidating board quite quickly if you don’t keep him in check, and he can easily buff minions so keep that in mind when deciding whether to go face or take out minions. 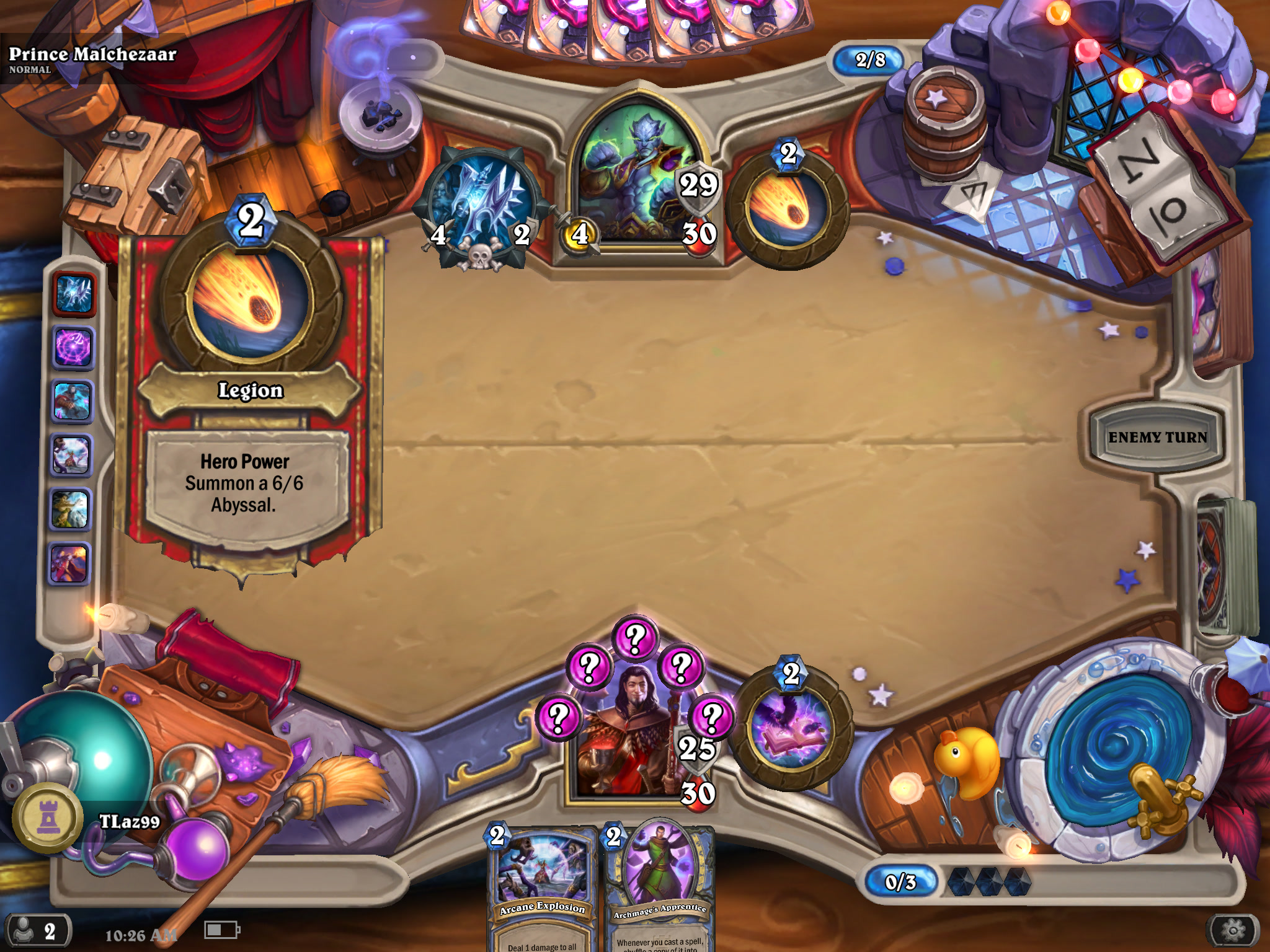 Your hero power for this encounter is Brilliance, which lets you draw 3 cards, and your deck has various Mage spells like Arcane Explosion, Arcane Missiles, Fireball, Polymorph, Fireball, Flamestrike, Frostbolt, Arcane Blast, and Pyroblast, along with pretty much every Mage secret. You also have some other cards like a 2-mana Arcane Power spell that gives you +5 Spell Damage this turn, the 1-mana Astral Portal that summons a random Legendary minion, the 3-cost Archmage’s Insight, which drops the cost of your spell to zero for this turn, the 3-cost Mysterious Rune, which puts 5 random Mage Secrets into play, the 1-cost Mage Armor, which gives you 10 armor, and the zero-cost Evocation, which gives you 5 mana crystals for this turn only. There’s also a very important minion, the 2-cost Archmage’s Apprentice that shuffles a copy of the spells you play while he’s on the board back into your deck.

So, how do you go about winning this encounter? It’s not a difficult one, but there are a few things you should be doing to make sure that you’re maximizing the value of your spells. The first thing to keep in mind is ensuring you don’t abuse your hero power because the 30 Armor each one of you has can lead to fatigue damage. If you play your cards right, you’ll be fine in terms of fatigue, especially if you make good use of the Archmage’s Apprentice. 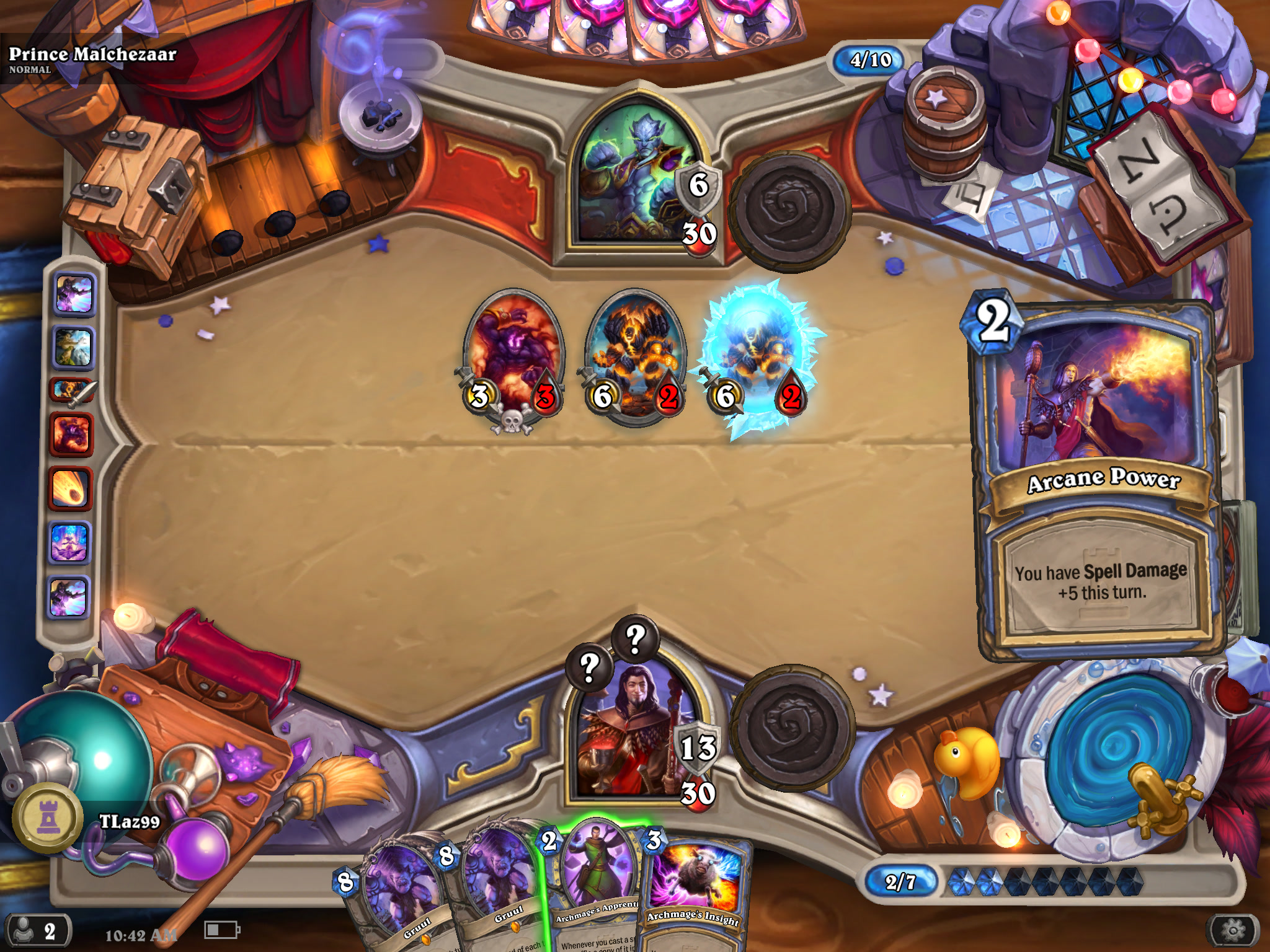 The Archmage ensures that you get more of the spells you need, so an easy way you can improve your deck is having an Archmage on the board before playing cards like Evocation, Archmage’s Insight, and Arcane Power. Having multiple copies of those spells allows you to have enough mana to drop the value of your spells to zero, buff their power by 5, 10, or 15, and then unleash all that on both the board and Malchezaar himself. Arcane Missiles and Arcane Explosion might look weak at first glance, but they can easily be buffed and can clear out the whole board easily. Just try not to empty your hand too often because it will be hard to get back to having all the combo pieces you need before taking too much damage. 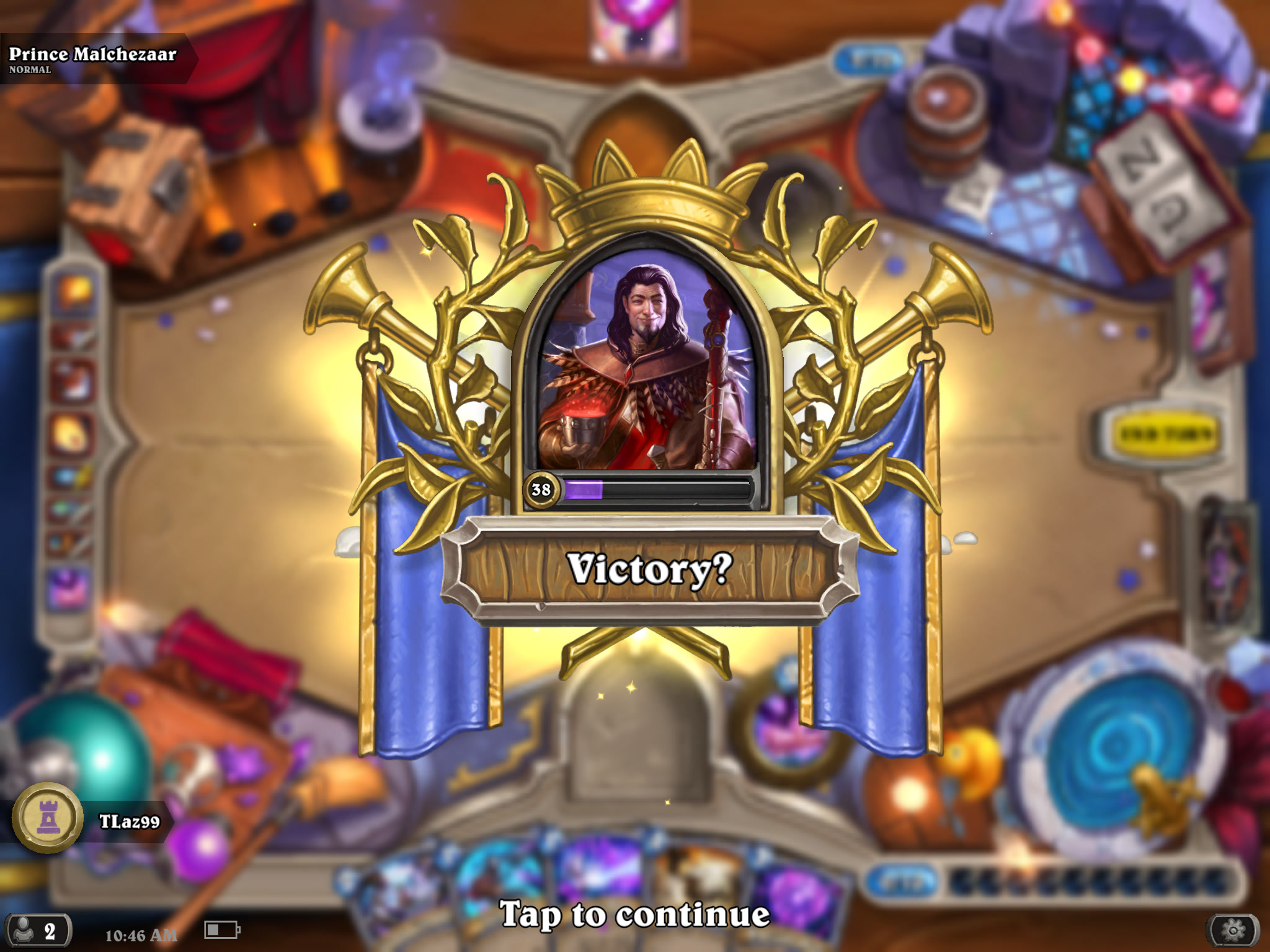 If for some reason you’re facing a full board, your hand isn’t doing you any favors, and the gods of RNG didn’t give you any good Legendaries on the board, you can delay by sacrificing a couple of Archmage’s Apprentice – since Malchezaar will clean up that board even if he has the minions to take you down – and then armor up with Marge Armor. Having the Apprentice down will give you more copies of Mage Armor, so in two turns you can be out of reach again. You can also use Mysterious Rune, which turns you into a Mage Christmas tree and can take care of most of the threats thrown at you. 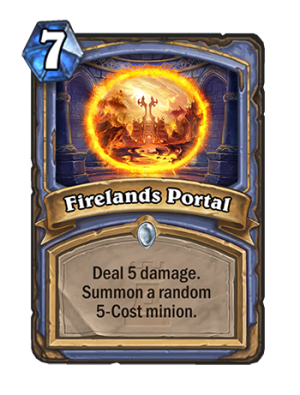 Once you defeat this Boss, he takes Medivh along with him, which explains the host’s absence from the rest of the party. The Victory banner even comes with a question mark at the end, pointing to Medivh’s Pyrrhic victory. As a reward for beating the Prologue, you’ll get the Enchanted Raven and Firelands Portal. If you haven’t paid for the rest of the Adventure, this is where the party ends for you. If you have paid, stick around and we’ll have the guide for The Parlor wing up soon.