With Pokemon GO (Free) having a very staggered rollout worldwide, this means that while it’s quite possible to play the game since the backend exists, it doesn’t mean that it’s perfect. Namely, in South Korea, players are flocking to a seaside town called Sokcho in the northern part of the country. Already a popular hotspot for tourists, Sokcho also happens to be the only major city in the country where Pokemon GO works. As such, reports are coming in of people making pilgrimages to the city so that people can play the game, and all sorts of cottage industries are starting to pop up around this surprise extra tourism. It’s a lot easier than trying to go into North Korea, which does have full Google mapping data, and PokeStops and Gyms do exist: 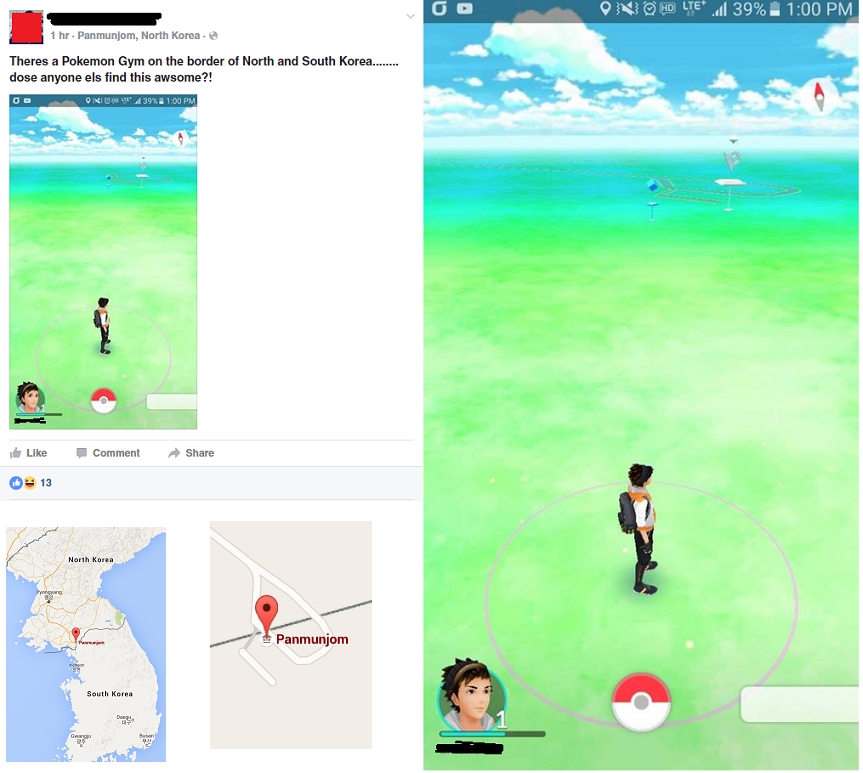 But why does the game not work in most of South Korea? Well, it turns out Google Maps doesn’t work in most of South Korea – security restrictions over North Korea (with whom South Korea is still technically at war) have made it impossible for Google to provide mapping data in vector format that could be easily exported and used. Since Google Maps is a key component of Niantic’s products, both Ingress and Pokemon GO, that means that the game mostly doesn’t work in South Korea. Ingress [appprice url="asdf"] had a similar problem, where the busy city of Seoul had portals, but no map to help you navigate your way to them. Similar situation with Pokemon GO, except there’s no PokeStops or Gyms in restricted areas at all, it seems. And Sochko happens to be just outside of the map restriction zones, so it has mapping data, and thus all the prospective Pokemon GO players are making their way there: