When Adult Swim Games launched Pocket Mortys (Free) at the beginning of the year, I figured it would be a cute Pokemon-alike dripping with Rick and Mortys fan service that would be a fun way to pass the time for a few weeks, and then it would fade away like dust in the wind. This was not the case. Pocket Mortys has been getting all sorts of updates since its launch, and after two rapid fire spring updates Adult Swim is ringing in the summertime with yet another big content update. Fans had been clamoring for new single-player content, and this update delivers that in the form of the new Morty Games, a series of 5 tournaments that will give you an opportunity to win exclusive Mortys not available anywhere else in the game. 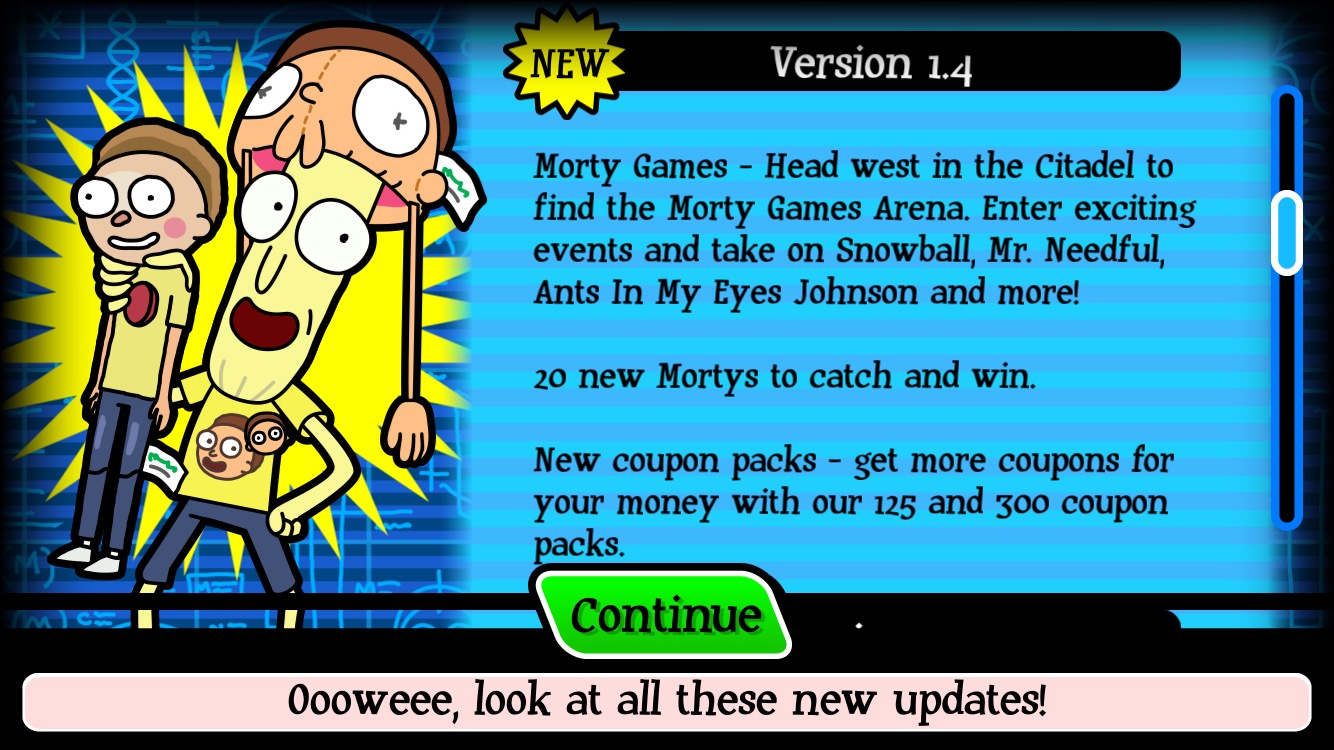 Those exclusive Mortys aren’t the only new ones in this update though, as there’s 20 new Mortys in all and some of them can be found the old-fashioned way by catching them as they’re wandering around the various dimensions in the game. Adult Swim isn’t spilling the beans on who all the new Mortys are, but they do mention a few of them in the update notes, with Dog Bite Morty and Jerry Fan Morty being the two I’m most excited to encounter. The update notes also mention more updates are on the way, so be on the lookout for even more Pocket Mortys goodness as 2016 rolls on. Seriously, with all these updates this is probably the best zero dollars you can spend on the App Store.