Vblank Entertainment’s Retro City Rampage DX ($4.99) is a charming ode to 1980s pop culture. What started as an 8-bit demake of Grand Theft Auto eventually mutated into a tribute to NES games, movies, TV shows, and more. While its reach occasionally extends beyond its grasp in some of its parodies, it certainly does an excellent job at its original purpose, which was to create a retro-flavored take on Rockstar’s seminal action series. While the controls take a little adjusting to, the mobile version of the game that arrived in March is a fine port that includes all of the things that made the game a hit elsewhere. It received our Game of the Week award and managed to coax four whole stars out of the villainous Carter Dotson in his review. That’s a half-star more than he gave your favorite game. 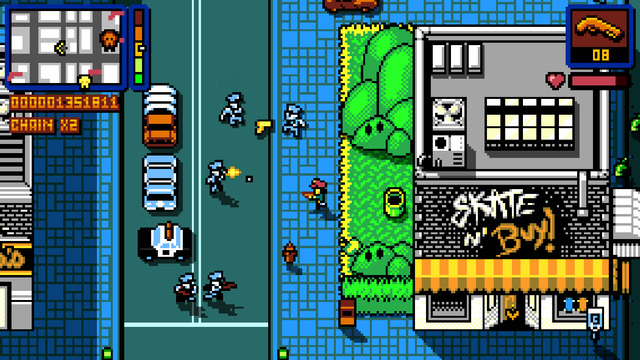 That said, I know some of you haven’t bought it, friends. Maybe you were busy with some other great games. Maybe you already owned it on one of the 632 other platforms it’s been released on. Maybe you just weren’t sure if there was room in your heart for a Grand Theft Auto parody when there are five actual Grand Theft Auto games to play on iOS. I can’t pretend to know what you’re thinking. That’s not only rude, but also against the law, thank you very much, Professor X. Whatever your reasons, your wait has paid off. Retro City Rampage DX has gone on sale for a limited time for just $2.99, down from its regular price of $4.99. 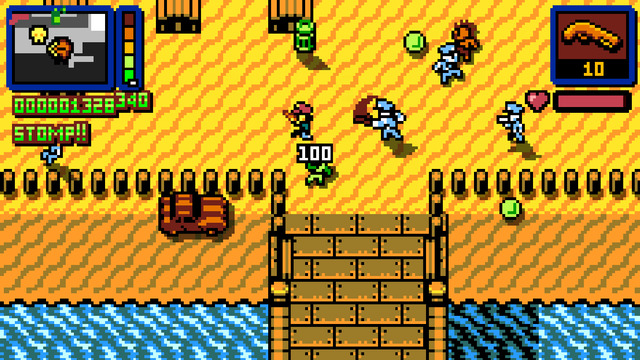 There’s no word on how long this sale is going to last, so as usual, if you want it, you should get it while the getting is good. I will say that you’ll get a lot of game for your $2.99, and even if some of it doesn’t work for you, there’s enough variety here that something probably will. Worst case scenario, you can kick back and enjoy the excellent soundtrack while blasting away at tiny pixelated people, a fine pursuit if ever there were one. As always, if the price hasn’t caught up yet on our page, worry not. Just click on over to the App Store and you should see the sale price.