A little more than a year ago, late on a Friday afternoon much like this one, I posted about a game called Rush Rally that snuck out after the normal weekly schedule but had been creating a huge buzz from folks in our forums. I was totally bowled over with Rush Rally, and felt like I just had to tell people to check it out before the weekend came and went and the game might possibly get lost in the shuffle. Interestingly, developer Brownmonster was already in the midst of creating a sequel when Rush Rally first came out, and following an extremely productive beta testing period in our forums this week marked the official release of Rush Rally 2 ($1.99). 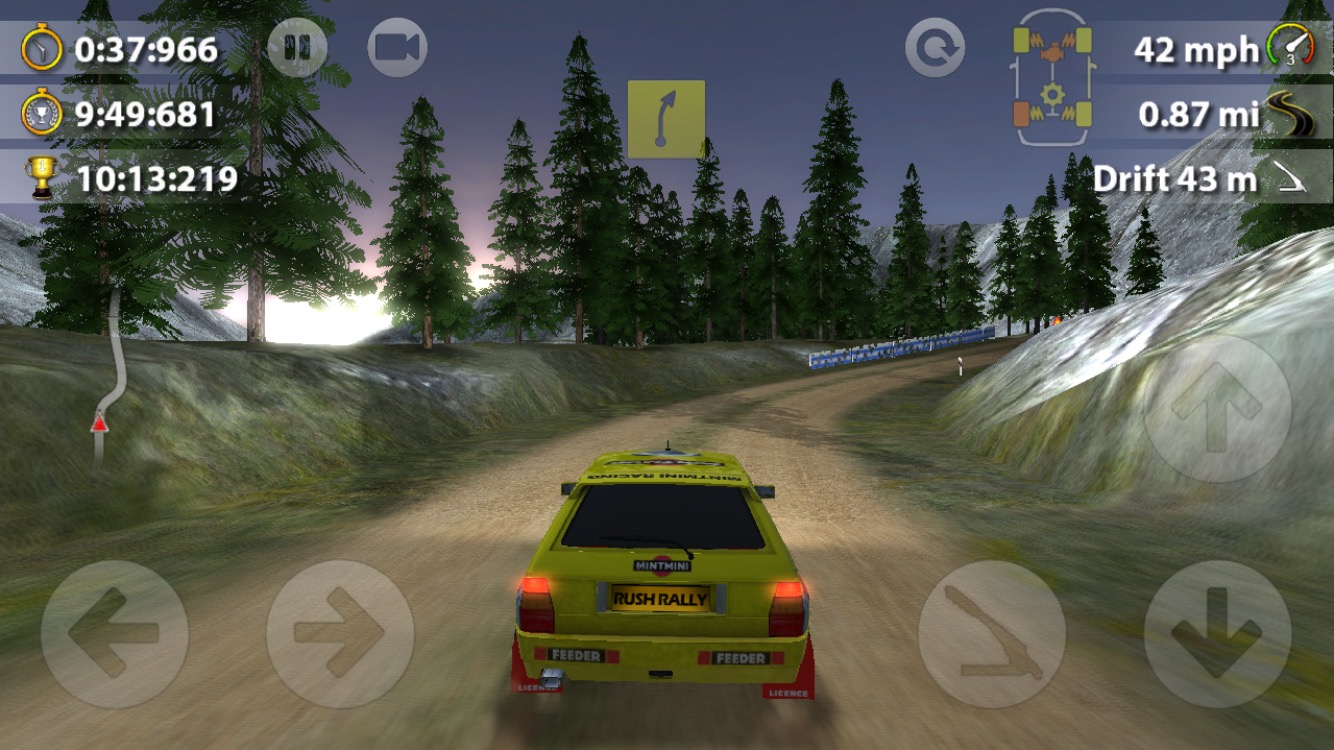 So, where to begin? Whereas the original Rush Rally was a great top-down rally racing game, Rush Rally 2 is a bit more traditional and offers a couple of behind-the-car cameras as well as a bonnet (hood) cam. Like the original, Rush Rally 2 skews more towards a simulation-style rally game but definitely has some arcade-y elements making it more approachable. Things can feel pretty difficult at first but as you warm up to the game and especially as you unlock higher classes of cars this becomes one of the best-controlling, most satisfying, and most exhilarating rally racing games around.

There is SO MUCH to talk about in Rush Rally 2–like its fantastic visuals and course designs, highly customizable selection of cars, extensive graphical settings, multiple game modes and several silly mini-games to break up the action–that it’s probably best reserved for a full review. Basically, I’m just here to make sure you’re aware of easily one of the best racing games on mobile, but there are plenty of impressions in the game’s forum thread if you’re curious to hear more before pulling the trigger. Oh, and did I mention this entire game was made by just one guy? Yeah, a racing game that rivals those from some of the biggest AAA companies was made by a single dude. Crazy.

iOS is full of racing games, but rally racers are a bit more scarce and non-free-to-play rally racers are even harder to find. The original Rush Rally used a very friendly free to play system with a one-time premium unlock IAP, but Rush Rally 2 goes the full premium route with an up-front price of $3.99 and no IAP in sight. A total bargain in my opinion. In a week that was filled with a ton of great new games, Rush Rally 2 is the one I keep finding myself coming back to, and even thinking about coming back to when I am playing something else, and that earns it our Game of the Week nod and a hearty recommendation for racing fans.