EA’s NBA franchise, NBA Live, has been back for a few years now, but NBA Live 17 isn’t going to hit consoles this fall quite yet, with an early 2017 release estimated for that. But EA has announced that a new game in the NBA Live franchise will release for mobile this fall. Details are sparse beyond that, but it looks like basketball fans enjoying FIFA and Madden games on mobile will get their taste of this on mobile too. The art released is of Russell Westbrook, and it pains me to use it, so I include it with the caveat of Go Spurs Go: 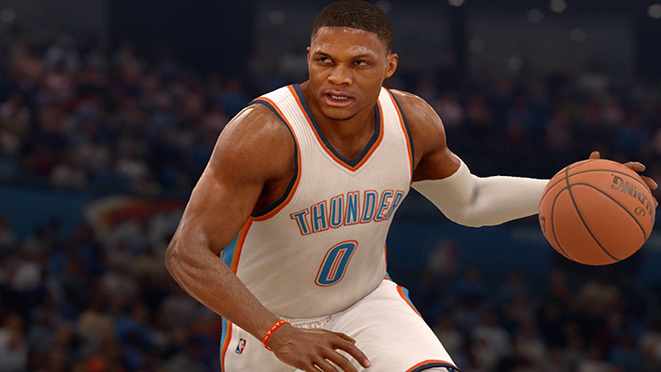 A soft launched game has been out in Canada since February, and while that seems like a long potential soft launch for the game, it makes sense. I mean, you might not be able to get much attention on the game during the offseason. It’s not surprising to see EA release this on mobile, since Ultimate Team has done gangbusters for EA in other sports, and MyNBA2K has done well for 2K on the basketball side. Now, how about an NBA Jam ($4.99) 2016-17 roster update as well, EA?