Every time we attend any kind of event where we’re meeting tons of indie developers excited to show us their games, I always find myself thinking, “Man, I should write a guide on how to pitch your game." I eventually decide not to do it, as I really don’t want it to feel like I’m “outing" anyone who had a particularly bad demo, so I’ll just lead with this: If any of this sounds like anything you’ve done, please don’t take it personally. As far as I know, no one has ever written a book on attending an event like GDC, and even if they did, you’ve been (understandably) too busy crunching to build your games to read it. The goal of this whole thing isn’t to make anyone feel bad, but instead, making your time at events more impactful- Particularly when meeting with the general games media who might straight up just not care about your mobile game unless you’ve got an incredibly compelling pitch. Additionally, I don’t pretend to have all the answers, this is largely just based on years of real-world instances that have made us not really care about a game versus really wanting to know about everything a particular developer is up to. If you disagree, that’s cool, the goal here is to just help developers out.

First off, I’d argue that coming up with how to sell people on your game needs to be part of the initial prototyping process. As of this writing, in the entire history of the App Store, nearly three million apps have been approved and games is the largest subcategory. Are you working on something truly unique, or at least special in a way that would interest a third party with no connections to the project? It’s a tough question to think about, but the reality is people like us are absolutely inundated with new iOS game releases and even casual non-gamers likely have more games on their phone that they’ve gotten for free than they even have time to play- Or even launched once. If the answer to the question is “no," “not really," or anything other than a resounding “YES!" it’s really time to go back to the drawing board before continuing with a title that ultimately supremely likely will not go anywhere. 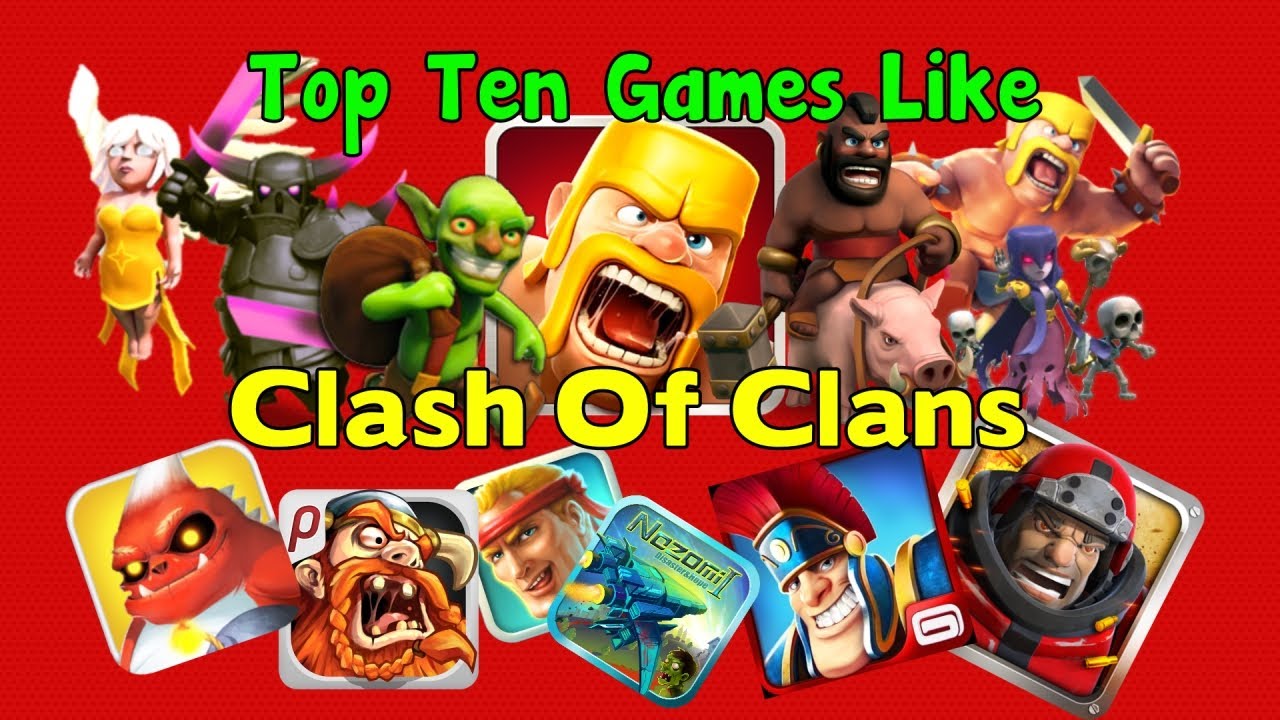 When we took GDC meetings this year, part of the process involved developers answering a few questions about the game(s) they were going to show us including this one:

The amount of developers who straight up answered this question with “Yes" absolutely blew my mind. That is the exact opposite of what you want to be doing, I’ve given entire talks at events on just how terrible this is. Think about the message you’re sending there, as it effectively comes down to “I made this thing that’s just like this other thing you might already be incredibly invested in but it has this one minor difference." The reality of the market is that players likely already are involved in the more popular version of the thing you’re making, and no one is going to abandon their level 600 progress in Candy Crush that they play with all their friends because your match three has the twist that you’re matching vegetables instead of candies. Even if that’s the most succinct way to describe your game, spend some time brainstorming ways to describe it focusing on what’s unique and never offer that comparison yourself. (It’s also worth coming up with a few different rebuttals to steer the conversation back to what’s unique about your game when asked, “So it’s like Candy Crush?") This is a super difficult thing to overcome, which, again, is why I stress how important think about all of this is when actually prototyping instead of when you’re ready to release.

But, anyway, assuming that’s not a problem for you, the next thing to be aware of is how you present yourself is arguably more important than how you present your game. I watch a lot of the BBC show Dragon’s Den (It’s basically a less trashy version of investment reality shows like Shark Tank here in the States.) and what continually comes up during the show is someone will pitch a product, and while the team of investors might not be that captivated by the product itself, they end up investing in the person because it’s clear they’ve got a head on their shoulders they’d like to team up with. The indie game development world is no different. Even if your game isn’t that great, if you come off as a charismatic, intelligent, and confident person, it’s real easy to have a pitch of even a mediocre game that results in people walking away thinking, “Huh, I need to keep up on that guy, as he might be on to something interesting." 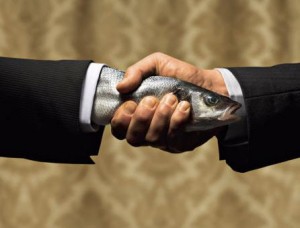 I’m always sort of amazed by the number of people we meet who give you a limp noodle handshake, won’t look you in the eye, then bashfully hand over their games with little, if any real pitch beyond “ok here it is." There’s really no reason to be intimidated or bashful or anything in between- You did something awesome, you made a game. Everyone writing about games these days is solely doing it because they’re passionate about gaming, and the prospect of seeing a new game excites us. I can’t speak for everyone, but I grew up living my life from game magazine to game magazine arriving in my mailbox. Game developers were always these mysterious wizards behind the curtain who made the things I love, and I always thought that was unbelievably cool. There’s still a big part of that which remains alive and well inside of me, but seriously, we’re excited to see your stuff. Share that excitement with us. If you’re not excited about your game, that’s sending a real message to us that there’s not much reason for us to be excited either. If you’re just naturally awkward or anxious around people, that’s cool, and really is one of the rare times that I’d recommend hiring a PR person to just pitch your game for you to the press at events. We met with over 80 different developers at GDC so it’s important to really give consideration on how to make your meeting memorable, and that starts at the moment you walk over to us.

When it comes to the game pitch itself, it’s important to bring the biggest device you have to show it off. I always thought the iPad Pro was obnoxiously large, but it’s actually an incredible device for giving game demos. Lots of people can huddle around something cool happening on an iPad Pro, compared to an iPhone really only working as a demo device for one or two people. It’s not a huge deal, I was just really surprised by how much of a difference the iPad Pro made for showing off games. Either way, I’d definitely recommend at least a regular iPad over an iPhone any day. Particularly with us doing over the shoulder video, if you’re playing a game on an iPhone we’re able to capture, at best, half of the screen. Things shift substantially the larger the device is that you’re doing the demo on. 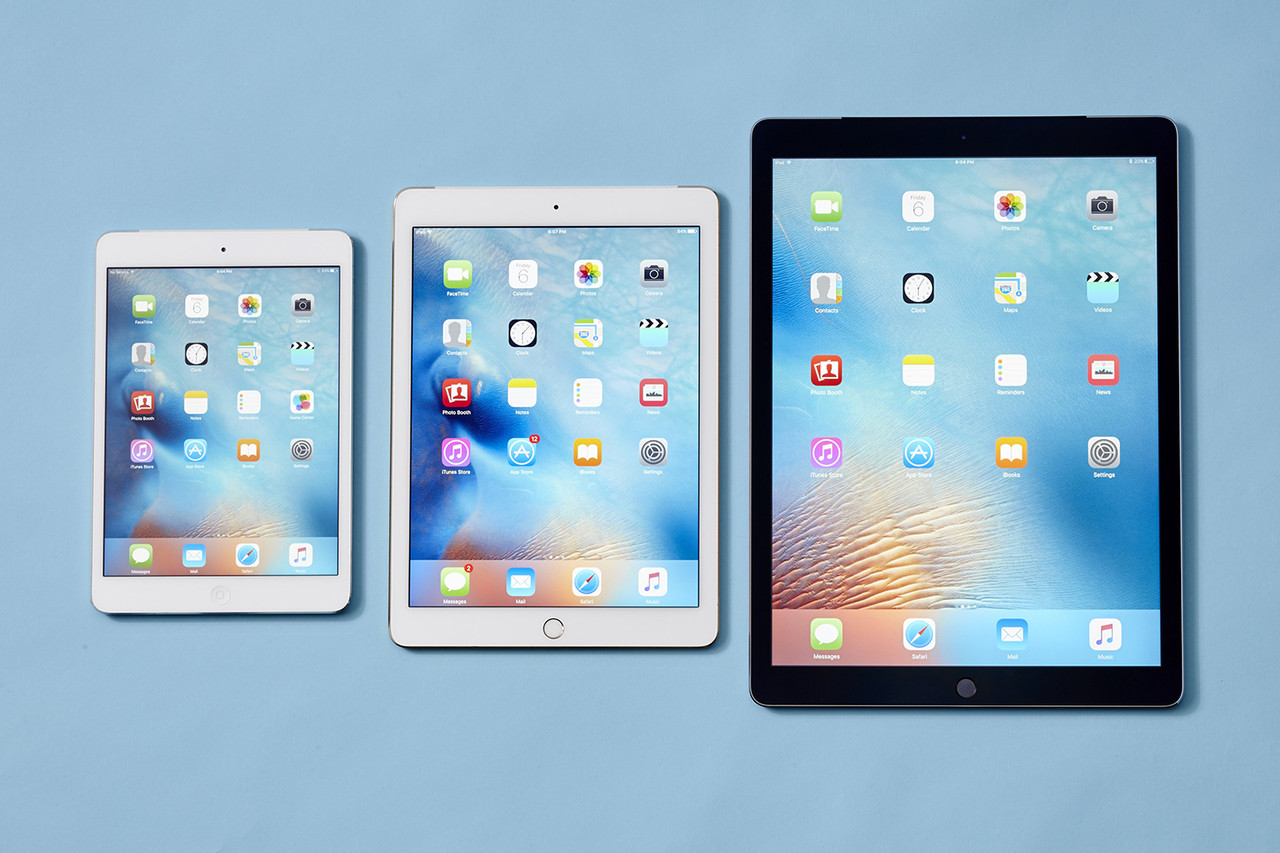 Before you’ve even arrived at the event, you should figure out what you’re going to show and how you’re going to show it. Something to think about is how can you get to the coolest parts of your game in as little time as possible? Keep in mind, before we sat down to look at your game, we might have seen twenty other games that day and might have another dozen more before the day is through. There’s seriously nothing worse than someone just handing you a copy of their game which has been reset back to the beginning of a half hour long tutorial while they assure you that “the good parts are coming." Start your demo on the good parts, if playing it is complicated, it’s totally A-OK for you to pilot the game while we watch. We try to shoot an absolute maximum of five minutes of gameplay video at events largely because it seems like not many people will watch more than five minutes, but also, bandwidth is typically a nightmare and getting some thirty minute long gameplay video online via crappy hotel WiFi is basically impossible.

Think of your gameplay demo as your attention grabber, and hell, it’s totally a-OK to put together a custom build for demos that is a totally distilled experience with a hard ending. That’s exactly what the Crap I’m Broke developers did, and it worked great. Expanding that further though, it’s also what AAA developers do for all of their event demos. When you’re playing a game at E3, you stand in line for a very cool 5-10 minutes of gameplay that is expertly crafted to get you super stoked to play the whole thing. Taking this a step further, with the sheer amount of content on the App Store, if it takes a half hour to get to “the good part," how many players do you realistically see sticking around for that when mobile session times are often measured in minutes? Front-loading “the good part" is arguably even more important for the mass market than it is when you’re showing off your game at events… As we’re polite enough to not be like “Nope, deleted." The denizens of the App Store are not as kind. 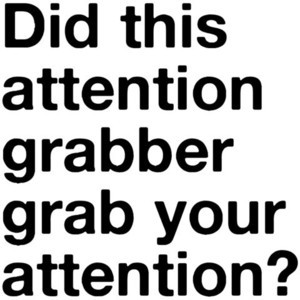 A short and impactful demo is also helpful because it leaves a lot of time left in the meeting to discuss the game. I doubt we’re alone on this, but our meetings are booked super tight to be able to see as many people as possible. So, we rarely ever have time for a meeting to run long if we see something cool but  the demo takes up the whole meeting. Also, keep in mind, if we give you any feedback on your game, it’s based on years of experience doing this and seeing/playing iOS games as well as following the iOS market as a whole. Over the years I’ve learned to really, really soften feedback, but every year we’ll get at least one person who is offended that we suggested ways to improve their game, their launch, or whatever else. We’re all on the same team here, in a roundabout way, it’s cool, I promise.

This is getting a little out there, but if you’re getting business cards printed for an event, be sure you have your game name on it and maybe even some art from your game on the back. If we have 80 meetings in a week, we’ll collect at least 80 business cards, but probably closer to twice that once you add parties into the mix. I’ve gotten pretty good about writing which games go to which people, but it really sucks after the fact if you want to follow up with someone and you just can’t figure out which of the stack of contact info is theirs if you only remember the title of the game or what it looked like. (I’m terrible with names, it’s honestly pretty embarrassing.)

I could go on forever, but really, confidence is key. If you only take one thing away from this whole thing, learn how to introduce yourself with a firm handshake and eye contact. That seriously sets the scene for every interaction that will follow, whether you’re showing off your game to people like us, cutting a deal with a publisher, or any other thing in the business world. Be confident in yourself, and confident in the awesome super-impactful game demo you’ve worked up, and everything else falls in line.