Late last year we posted the trailer of the then just-announced Super Senso. The game has been soft launched for a while now, and following a few significant updates, Super Senso is another game you should be following our guide on how to download games from other regions so you can grab it. The easiest way to describe Super Senso is as a free to play mobile remix of Advance Wars, but there’s tons more to it than that, including but not limited to giant-ass robots. 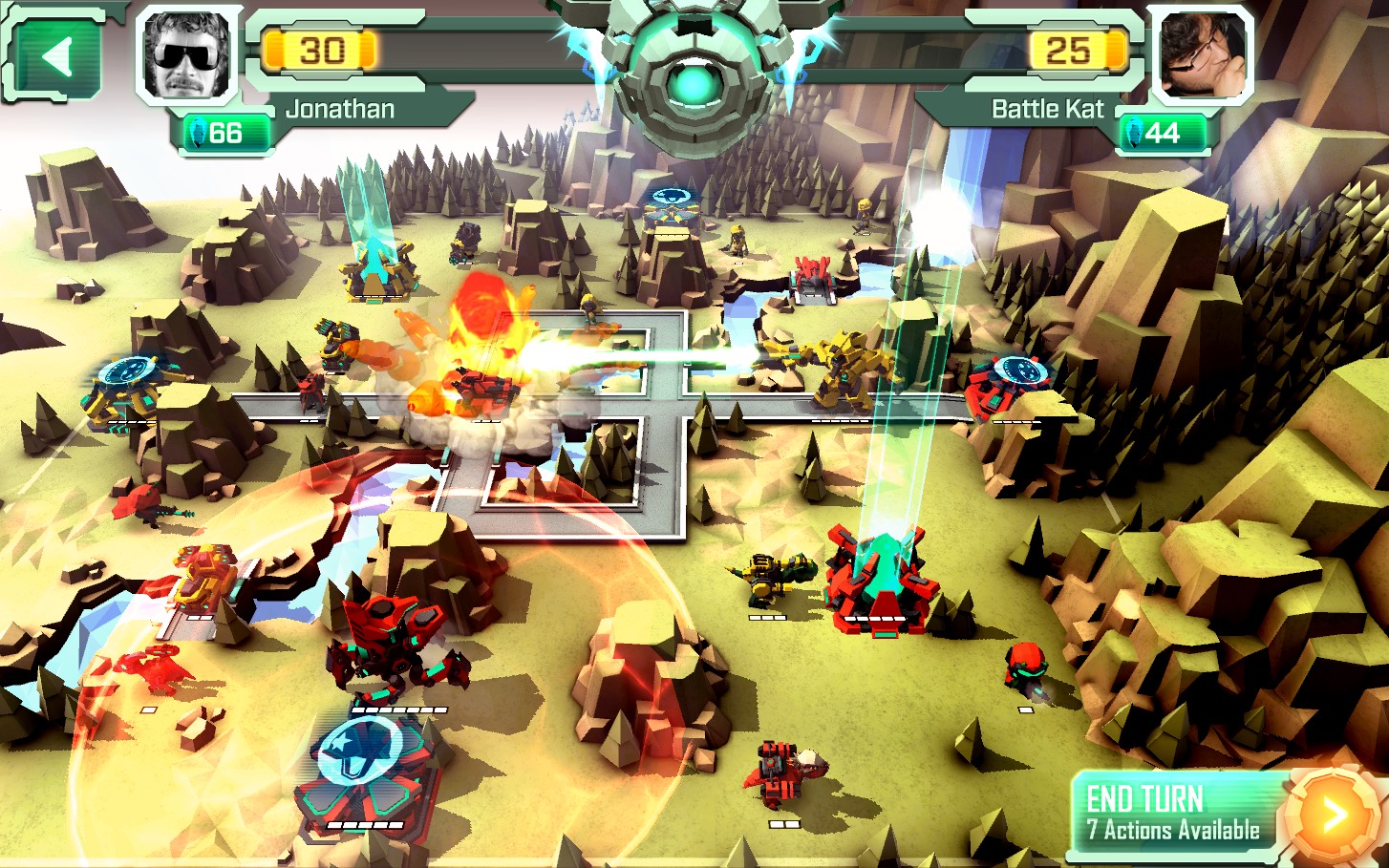 The meat of the game is realtime turn-based multiplayer matches where players are building units and sending them out on to the battlefield to (hopefully) eventually destroy the enemy base. Like any good turn-based strategy game, these units all have different strengths and weaknesses, and doing well involves knowing which units to build to best deal with the situation at hand. The center piece of your army is your “Senso," which is your extra-powerful robot unit which also has a bunch of different abilities depending on which one you select to bring with you in that particular battle.

Your army is super customizable, and which Senso you’re using can have a massive impact on how you build a strategy around a particular battle. For instance, one Senso has a tractor beam-like ability which can grab enemy units and bring them directly to your Senso. In this case, you’d want to position your units around your Senso so you can grab enemies, bring them in, then pulverize them with your nearby tanks. Rinse, repeat, and slowly inch your forces up to their main base.

This may all sound pretty standard for a turn based strategy game, but it’s hard to fully emphasize the level of refinement the whole thing has seen. Session lengths are tuned to be well under five minutes through a clever implementation of abilities which can drastically change the tide of battle and effectively make it pretty difficult for a game to drag on. For instance, one of the most basic of these abilities calls down a laser to directly strike the enemy base. Even if you’re at a relative stalemate when it comes to skirmishes between your actual units, you’ll eventually have fired off your laser enough times that you’ll have done enough damage to the enemy base that it’ll be destroyed regardless. (Of course your opponent has their own load out of these abilities, so, that’s under the big assumption that you survive long enough to keep firing.)

The whole interface of the game has been stripped down in a way that seems really similar to what Crashlands ($6.99) did to the crafting/survival genre. Advance Wars was great on the DS because it was able to use the second screen exclusively for all sorts of stats, but most of the time did you need most of those numbers and other things constantly visible? That seems to be the mindset behind the Super Senso UI, in that you can dig deep and bring up all sorts of information, but your typical turn just involves moving units around and attacking others, so why not make that as seamless as possible? Everything is just done with taps directly on the battlefield to move and attack, which sort of makes you wonder if other turn-based strategy games really needed all the complicated UI elements they typically came loaded with. 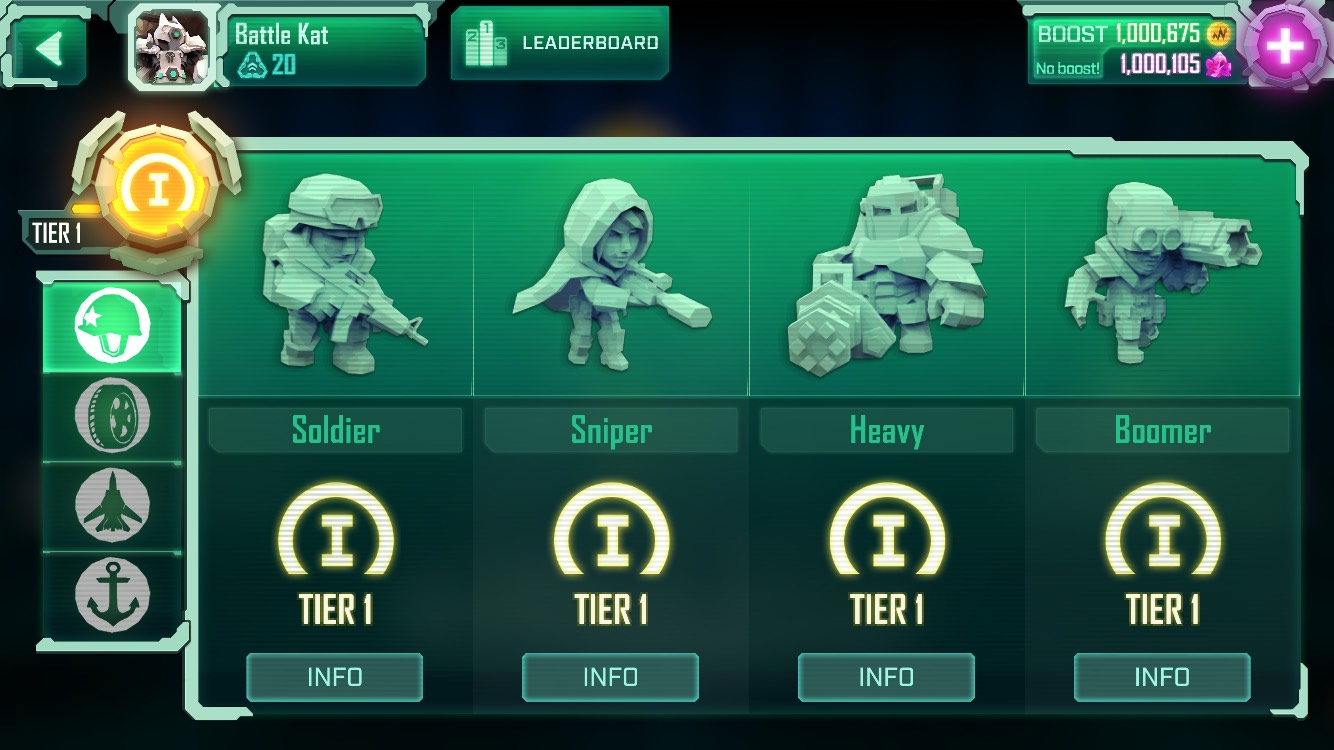 So, it all sounds pretty cool, but the future of the game looks even brighter when you look at the guys behind the project: The core team includes folks who have spent time with Nintendo, Sony, Riot, Square Enix, Blizzard and EVE Online’s CCP Games. So, you’ve not only got an office filled with people who genuinely get what makes for a fun gameplay experience that is going to interest actual gamers, but they’re able to call in favors from serious industry heavy hitters. They’ve got Final Fantasy character designer Yoshitaka Amano onboard as well as the legendary Nobuo Uematsu creating music for the game. (I believe that makes this the third mobile game Uematsu has helped with, the other two being Oceanhorn ($7.99) and Terra Battle (Free).)

I spoke at length with the team about their monetization strategies, and they’re heavily holding on to the idea that even though it’s free to play, nothing you’re going to be able to buy will give you any kind of advantage over another player. A ton of cosmetic stuff is currently on the table, including but not limited to customizing the color of your army but also building an army that consists entirely of heavily arms dinosaurs and cats. As someone who has spent a stupid amount of money on skins in League of Legends, this is the kind of free to play I love the most (and also seem to spend the most money on, oddly enough).

It sounds grandiose, but I think we’re potentially entering a new distinct era of mobile gaming heralded by games like Clash Royale (Free), Super Senso and other projects where developers are offering what feels like a “full" and “real" gameplay experience that interests actual self-identified gamers, packed in a super-short session time that fits in with how most people play games on the go. Personally, I’m super excited for more and more developers to get the memo on how well this sort of thing works on mobile. We’ve been streaming Super Senso on Mobcrush and have a thread for the game cookin’ in our forums. It hasn’t really caught on with our community yet, which is pretty surprising to me, as this is the exact kind of game I think TouchArcade readers would really be into. If you like what you see here, either add the game to your watch list or fire up your New Zealand iTunes account and give it a download.